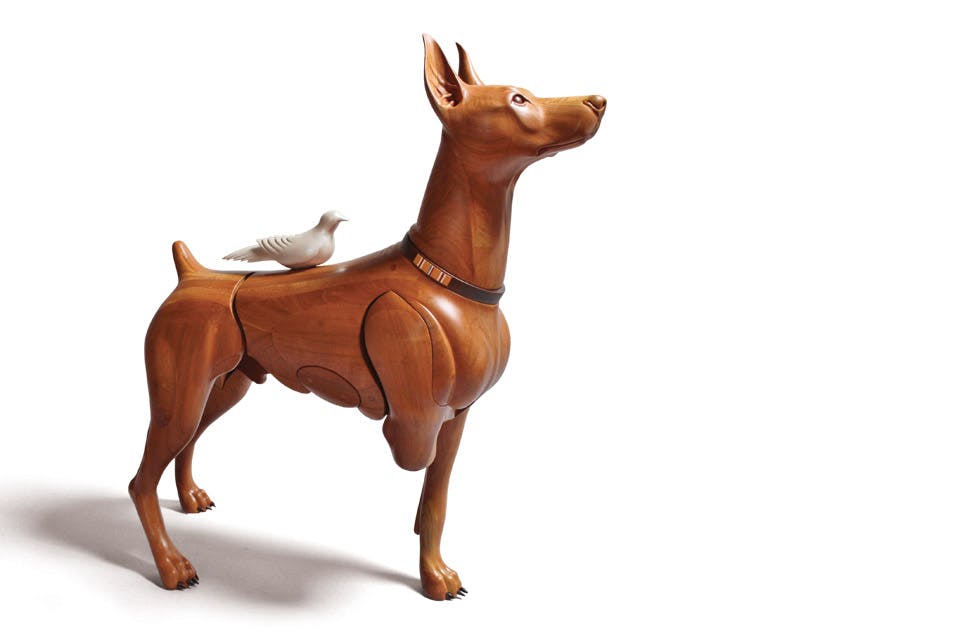 James Mellick’s sculptures reflect the courage and sacrifice of our men and women in uniform.

May 2016 Issue
BY Linda Feagler | Photo courtesy of James Mellick

May 2016 Issue
BY Linda Feagler | Photo courtesy of James Mellick

Although they’re made of wood, the dogs James Mellick sculpts symbolize the ravages of war in ways that tug at the heart. Blind in his left eye, the Belgian Malinois has a prosthesis where a front leg should be and a metal plate in place of his left ear. His canine comrade, a double amputee cradled in a sling, wears a ribbon for service in Afghanistan. Missing his right foreleg, a Doberman pinscher bears a medal signifying bravery in the South Pacific during World War II.

To the Marysville artist, who carved his seven Wounded Warrior Dogs from cherry, poplar, sycamore, walnut and cedar, the battle scars each life-size statue bears not only signify badges of courage but also the bond soldiers share with animals at the front.

“Some people think I created this body of work to honor dogs that have seen military service,” Mellick says. “But that’s only part of the story. What I hope to do with my Wounded Warrior Dogs installation is tell stories about soldiers through the dogs. There’s a saying that when a dog dies, it takes a piece of your heart. That’s even more true when soldiers and their dogs are separated after they’ve been through thick and thin on the battlefield.”

John Langley, former president of the Vietnam Dog Handler Association, agrees. The California organization honors canines and their handlers who served together in battle. During the Vietnam War alone, Langley explains, more than 4,000 dogs were assigned to tasks such as scoping out explosives, scouting the enemy and participating in search-and-rescue missions — duties canines still perform in present-day conflicts.

“When it comes to dog stories, everyone thinks there’s always a happy ending — but there isn’t, especially with war dogs,” says Langley, whose time in the U.S. Air Force included a tour of duty in Vietnam. “James’ sculptures raise public awareness that, just like any other veteran, dogs are wounded, injured and killed in war.”

Langley was so moved by Mellick’s work he invited the artist to exhibit it at the Vietnam Dog Handler Association’s annual reunion in Nashville last year. 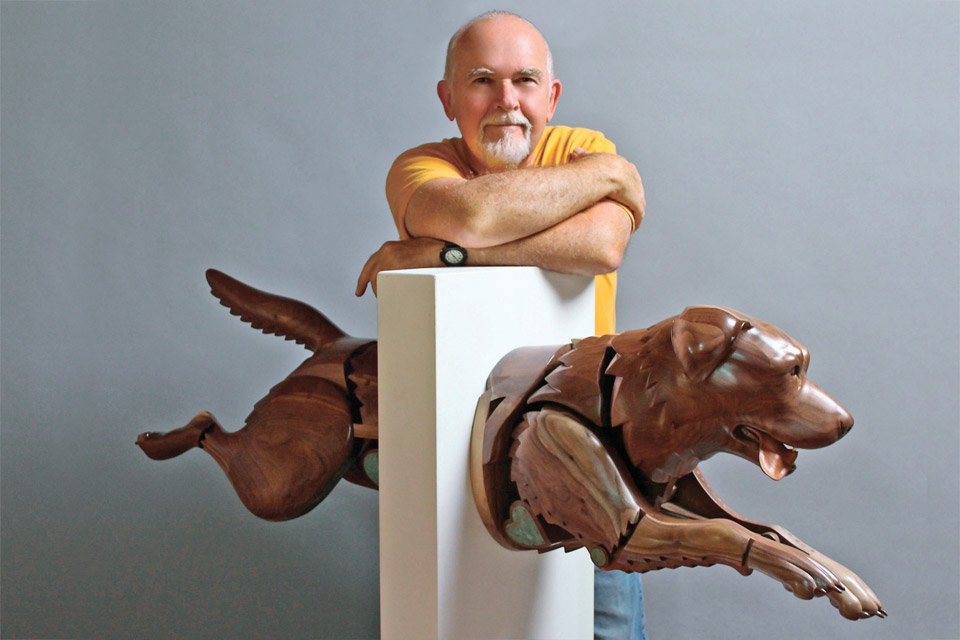 “I’ve always been drawn to the allegory of dog as man’s best friend. Dogs don’t just look like their owners, they behave like us. They have the goods on us and reveal things about us we may not recognize in ourselves,” says artist James Mellick. (photo courtesy of James Mellick)


As Monet embraced waterlilies and Degas was entranced by dancers, so Mellick — owner of Heidi, an 11-year old Weimaraner, and Hillary, a 3-year-old yellow lab mix — is inspired by dogs. They have, he explains, an uncanny knack for sniffing out the best and worst in us.

“I’ve always been drawn to the allegory of dog as man’s best friend,” says Mellick. “Dogs don’t just look like their owners, they behave like us. They have the goods on us and reveal things about us we may not recognize in ourselves.”

Mellick earned a master of fine arts degree from Southern Illinois University and taught sculpting, 3-D design and printmaking at Cedarville University in Greene County for seven years before retiring last year. He began sculpting dogs in 1985, with the idea of offering placid glimpses of canines at work and play.

But in 2009, life took an unexpected turn: Mellick had a heart attack, which led to quadruple bypass surgery. As he recuperated, the artist took introspective stock regarding the next phase of his life. 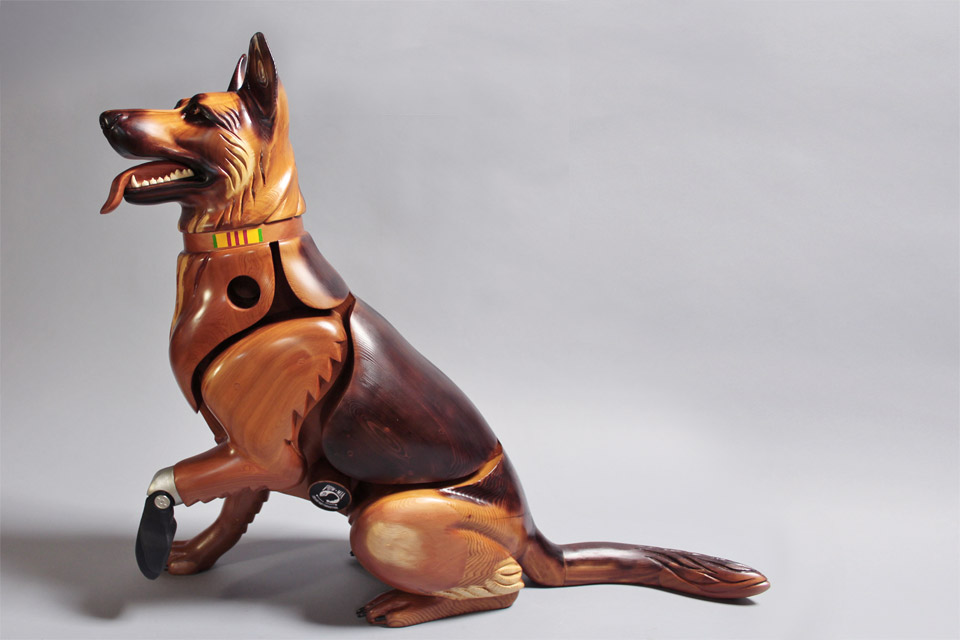 
“Although decorative art is not a bad thing, I’ve always been in search of a deeper purpose for my art,” he says. “I’m getting up in years, so to me that quest became more important than ever. I had reached a plateau where I thought, Where do I go from here?”

The answer came as the war in Iraq dragged on and the number of soldiers returning home in flag-draped coffins increased. “Wounded Warrior Dog VII,” the last sculpture in Mellick’s series, is based on a video the artist watched of a soldier’s casket — and a smaller one containing his military service dog — being carried from an aircraft. The artist estimates each sculpture takes approximately 160 hours to complete. That doesn’t include the time he spends researching breeds used in battle.

“Perhaps creating these dogs is also my penance of sorts for not serving in Vietnam,” reflects Mellick, explaining that his draft number was higher than that of six friends who died there.

“It’s one thing to be against war,” he says. “But things really go south when people turn against the soldiers who serve. Young people today put themselves in harm’s way not because they were drafted but because they’ve volunteered. And because there is no draft, so many of us don’t see the cost and we don’t feel the pain.”

“It is hard to look at a person who has a limb missing or another serious injury, so sometimes we avert our eyes,” the artist says. “My Wounded Warrior Dogs serve as an entree to their parallel human beings.” 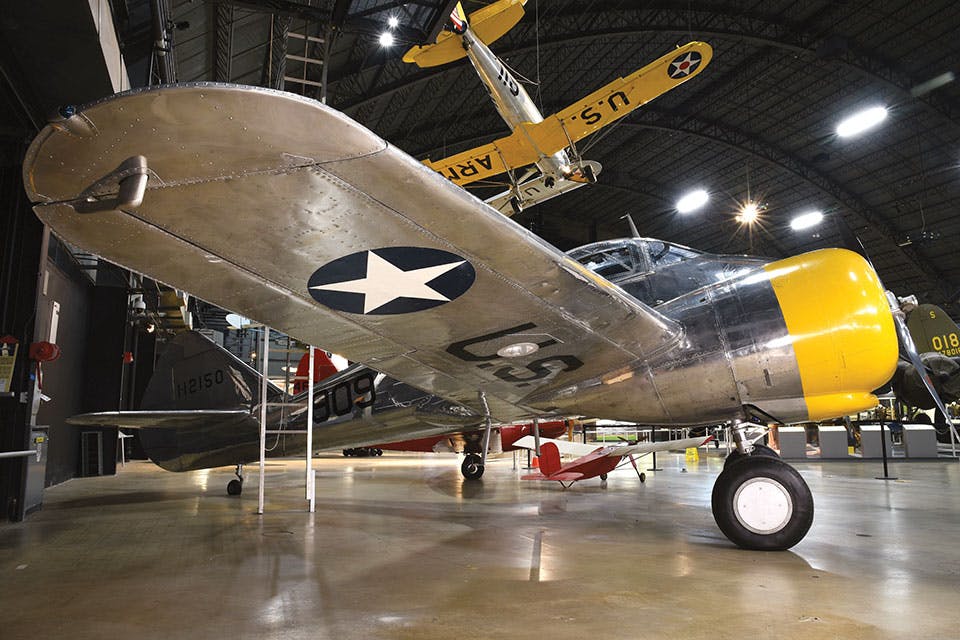 These destinations across Ohio honor those who gave of themselves to protect the United States of America. READ MORE >> 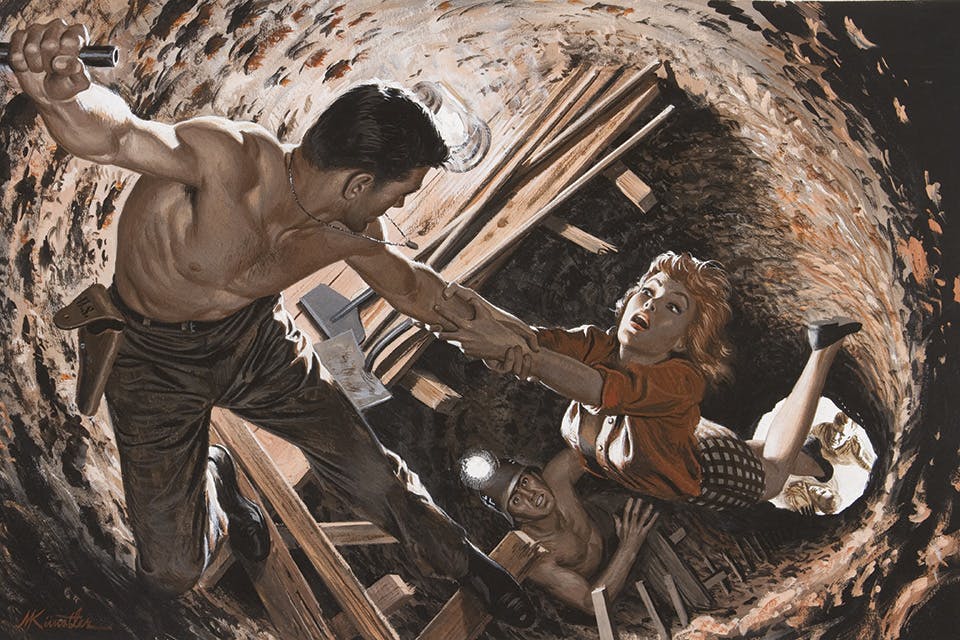 'Mort Künstler: ‘The Godfather’ of Pulp Fiction Illustrators' at the Canton Museum of Art

Mort Künstler's adventurous art accompanied stories that were published in magazines, weeklies and paperbacks during the 1950s and '60s. See more than 70 of his original works at the Canton Museum of Art. READ MORE >> 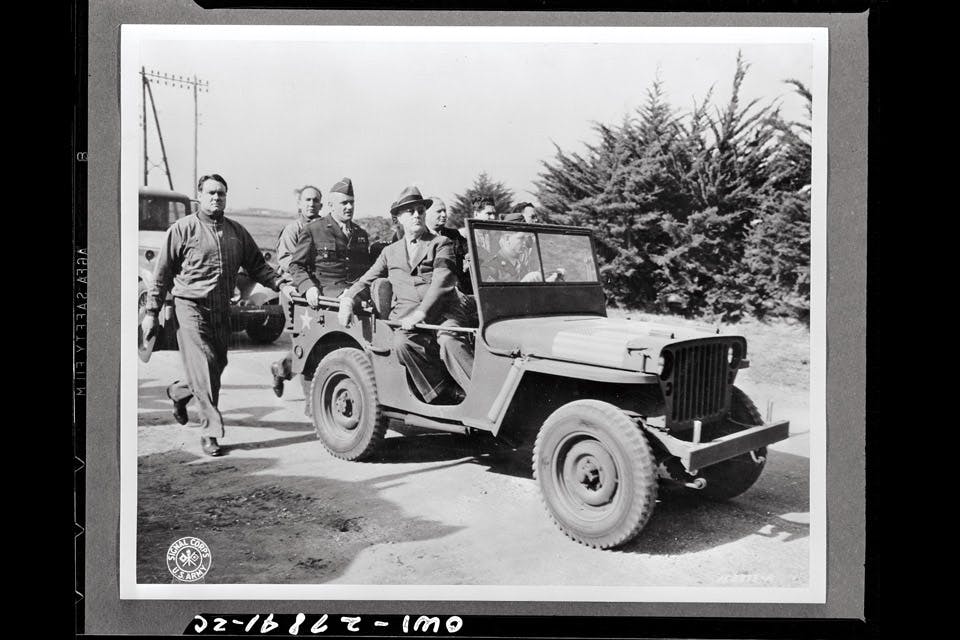 How Ohio Helped Make the Jeep an Icon

Between 1941 and 1945, Willys-Overland of Toledo produced more than 363,000 jeeps for the war effort. Soldiers loved the vehicle, and it grew into a popular consumer brand that today employs thousands of Ohio autoworkers. READ MORE >>