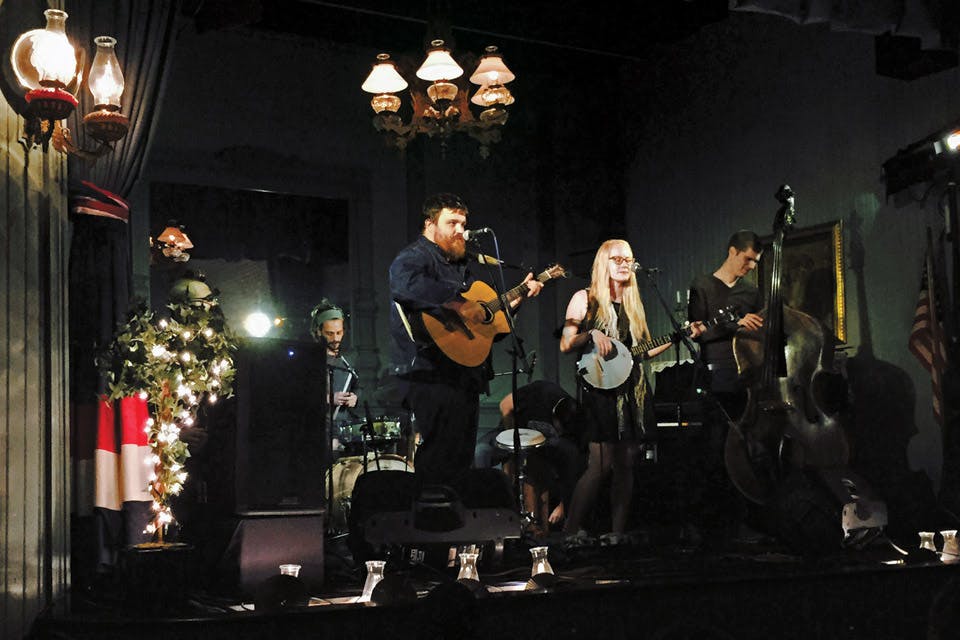 The wooden structure was built as a one-room schoolhouse in 1851. But after officials moved students to another building during the 1880s, it became an outpost of the Grand Army of the Republic, a post-Civil War meeting place for military veterans.

Peninsula’s G.A.R. Hall was used for that purpose for decades. Then, in 1962, Robert Hunker purchased it at auction and refurbished the building with wood salvaged from an Akron mansion constructed during the same era.

“He turned it into a place to have banquets and weddings,” says Karen James Walters, executive director for the Peninsula Foundation that Hunker founded.

But it wasn’t until James Walters cleaned the inside of the building in 2011 that she saw the possibility of what else it could become. “It’s an all-wood structure, and it’s just blessed with incredible acoustics,” she says. “I can’t play anything myself, but I do sing really loudly when I clean.”

She conceived the idea of launching a live music series in the space, and four years later, Peninsula’s G.A.R. Hall hosts Voices in the Valley, a weekly series with performances every Friday night and select other evenings. “Today we have, on average, two concerts a week,” James Walters says.

Although she takes pride in the venue’s northeast Ohio focus — Americana musician Brent Kirby and bluesman Austin “Walkin’ Cane” Charanghat are among the local acts to take the stage — James Walters says she’s been humbled by the national attention that the 140-capacity room has garnered. Mandolin

Orange and Elephant Revival both played there in 2015, and Noam Pikelny will perform Feb. 17.

“People rate him as the second-best bluegrass banjo player in the world,” says James Walters.

A member of the nationally touring bluegrass act the Punch Brothers, Pikelny’s typical concert fee is higher than what the small room can support. Still, that detail didn’t derail his performance. “He knows that,” James Walters recalls Pikelny’s agent saying. “He just wants to play there.”

The G.A.R. Hall is located at 1785 Main St., Peninsula 44264. For more information about the Voices in the Valley series, visit peninsulahistory.org.