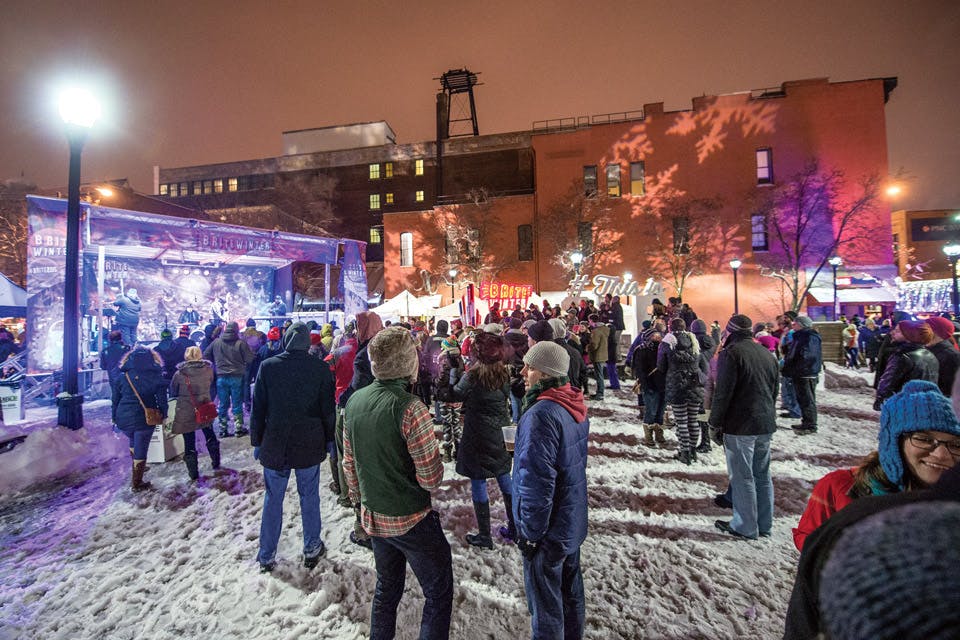 By the middle of February, the snow has lost its charm, and most of us are ready to pack away the heavy coats. It’s also the time of year when Cleveland’s Brite Winter returns to prove that it’s never too cold for an outdoor music and art festival.

A total of more than 40 local and national acts will perform during this year’s Feb. 20 event. Two large stages host the outdoor performances, with other acts scheduled to play indoors at McCarthy’s, Harbor Inn and the Music Box Supper Club — all located on the west bank of the Flats, the city’s riverside entertainment district.

This year’s lineup includes Cleveland’s Honeybucket and Columbus’ Kid Runner, as well as The Mowgli’s, a group based out of San Francisco. “We made sure they knew they’d be playing in the cold,” says Monica Gustin, the event’s music coordinator. “They were excited about that.”

This year’s eighth installment of Brite Winter is a return to the music festival’s roots. The event was held in the Flats for its first two years before moving to Cleveland’s Ohio City neighborhood. The return comes just as redevelopment of the Flats’ east bank is bringing crowds back to the entertainment district that was a booming centerpiece of the city’s bicentennial nearly two decades ago.

“We chose to go to a place where we have a little more space, a little more time to set up,” explains Brite Winter executive director Brian Horsburgh. “And we had the opportunity to highlight yet another area in Cleveland on the cusp of taking off.”