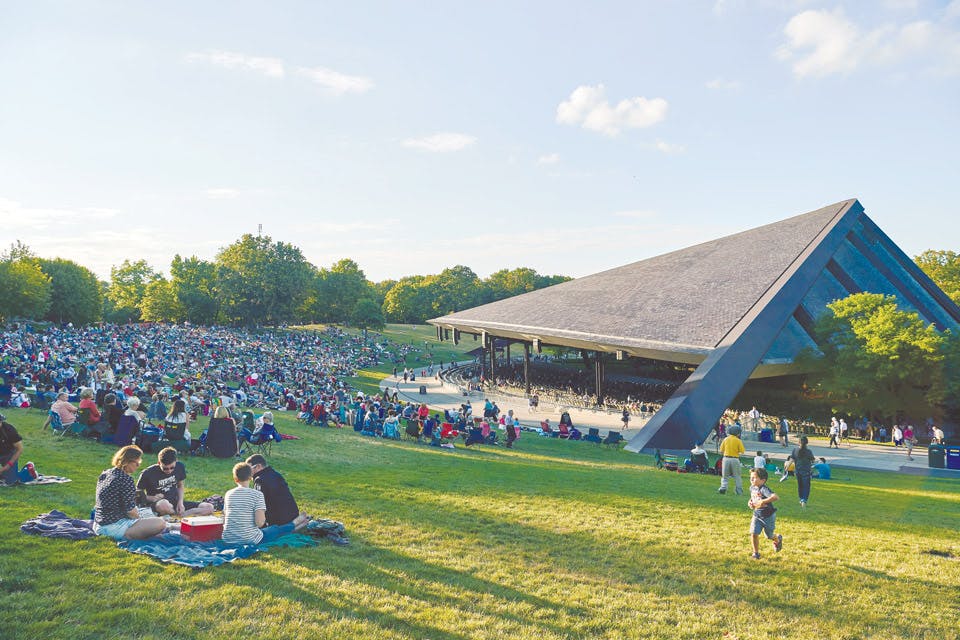 The Cleveland Orchestra spends its summers in Cuyahoga Falls. Here are three performances to check out between now and the end of the season.

What began nearly five decades ago when the Cleveland Orchestra began spending summers at Blossom Music Center in Cuyahoga Falls has grown into a northeast Ohio tradition. This year’s Blossom Music Festival features 21 performances, with options for classical music lovers and casual fans alike. “This is an excellent gateway to introduce your kids and introduce yourself, your relatives or your friends to an experience they will not forget,” says Ilya Gidalevich, artistic administrator for the orchestra. We talked to him about a few of the upcoming performances.

Hollywood Heroes and Superheroes: Enjoy the familiar sounds of Hollywood favorites such as “Superman,” “Batman” and “Star Wars.” Guest conductor Richard Kaufman, a Los Angeles musician who has supervised music for film and television, will lead the orchestra. “It’s something that kids will enjoy, that parents will enjoy and that everybody will respond positively to,” Gidalevich says. Aug. 13, 7 p.m.

A Tribute to Ella Fitzgerald: In honor of the 100th anniversary of Ella Fitzgerald’s birth, the orchestra pays tribute to the First Lady of Song with the help of vocalists Capathia Jenkins, Harolyn Blackwell and Aisha de Haas. “The amazing thing about Ella Fitzgerald is her versatility — that she’s able to sing standards but also cross over into repertoire like ‘Porgy and Bess,’ ” says Gidalevich. Aug. 27, 7 p.m.

E.T. The Extra-Terrestrial: “E.T. the Extra-Terrestrial” has been a family favorite for 35 years, but this showing on a big screen in HD is accompanied by a live orchestral score, offering a new experience for even the most hardcore fans of the film. “It adds to your appreciation of what’s happening, it adds to the mood. It colors it in a way,” says Gidalevich. “It’s amazing, the things that you hear, that you’ve never heard before, even if you’ve watched this film a dozen times.” Sept. 1–3, 8:30 p.m.