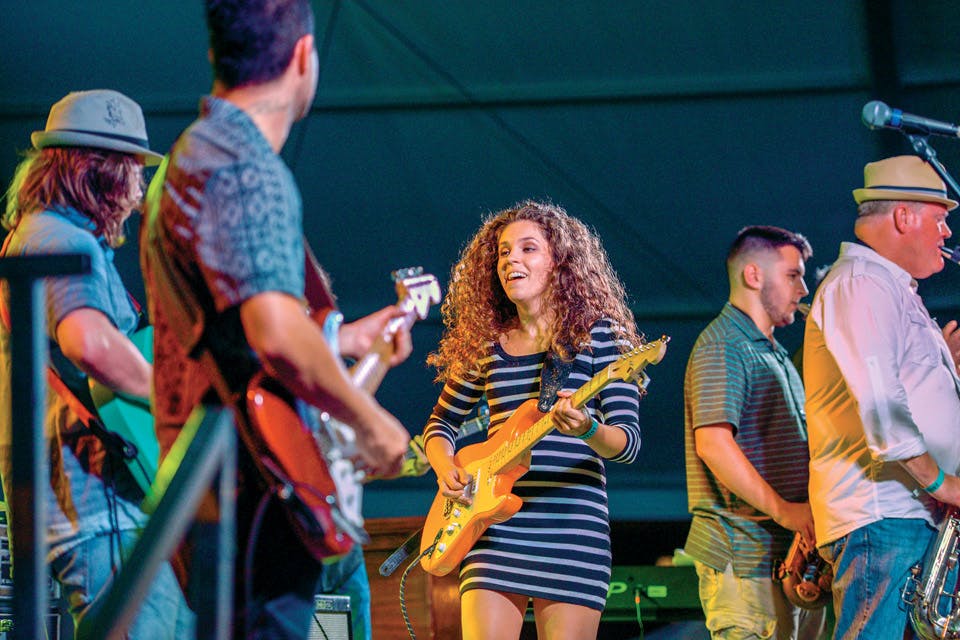 The Columbus suburb starts summer a little early with its annual music festival, set for June 14 through 16 this year.

The soft, sultry sounds of jazz and blues will soon drift through the air in Gahanna’s Creekside District. Although summer officially arrives on June 21, the Columbus suburb gets a head start when it comes to celebrating the season.

Since 1999, the Creekside Blues & Jazz Festival has served as the prelude for the warm weather to come. Held over three days (June 14 through 16 this year), the event features 90 hours of music performed on five stages in the heart of downtown Gahanna, along the picturesque banks of Big Walnut Creek.

“The festival has put Gahanna on the map,” says Laurie Jadwin, executive director of the Gahanna Convention & Visitors Bureau, who chairs the fete. “The first festival initially was a half-day event to celebrate the redevelopment of our Creekside District. At last count, it draws 35,000 people from 59 Ohio ZIP codes and 13 states. Despite its growth, the festival has maintained its small hometown feel, which is what our attendees love most about it.”

The family-friendly festival includes a kids fun zone outside the admission gate with free arts-and-crafts activities, storytellers and interactive workshops designed to introduce children to different genres of music. Arcade games and kayak rides as well as cocktail, whiskey and bourbon tastings for the grown-ups round out the weekend.

“I think people return again and again because of the way the festival makes them feel,” Jadwin says. “Whether it’s a date night, girls night out, family night or spending Father’s Day with dad, the festival presents a weekend of wonderful memories.”