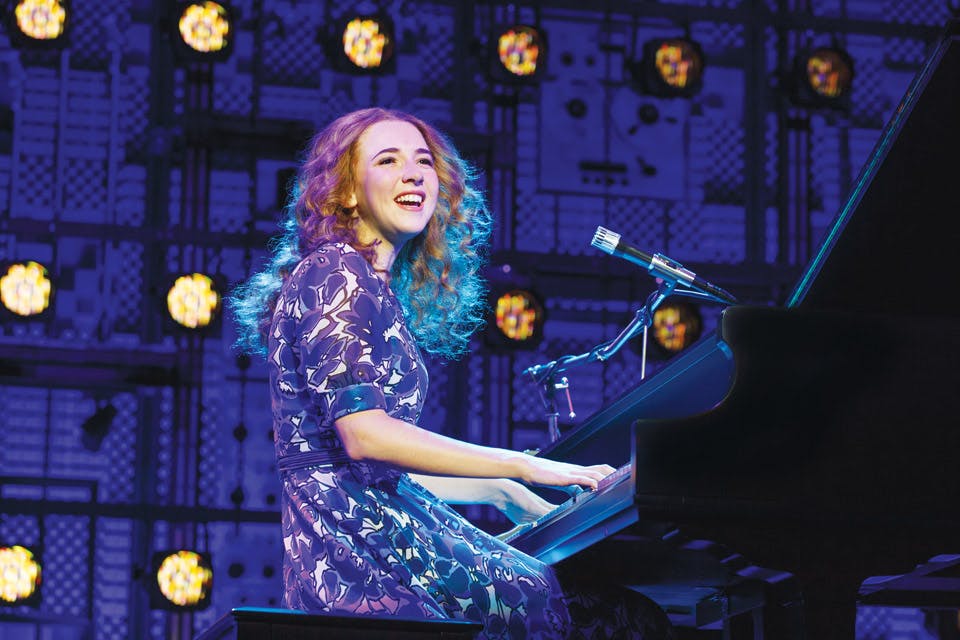 This touring Broadway show celebrating the life and artistry of a recording legend comes to Cincinnati May 2 through 14 and Columbus June 6 through 11.

As a child growing up in Fair Lawn, New Jersey, Julia Knitel never tired of listening to the music her parents loved, and songs by the iconic Carole King headed that playlist. “You could say it didn’t take long for Carole to become part of my DNA,” the 24-year-old recalls with a grin. In September, Knitel took over the role of the famous singer-songwriter in the national tour of “Beautiful — The Carole King Musical.” “I feel as though I’ve been handed a piece of gold,” Knitel says.

The Show: Although the musical’s time period encompasses the 1960s and ’70s, Knitel says the story’s relevance is just as important today. “Back then, it was a really turbulent time politically in our country’s history,” she says. “But everybody was able to come together to make great music. It didn’t matter what color you were, it didn’t matter what your sexual orientation was, and it didn’t matter what religion you followed.”

The Singer: King had legions of fans, but she also spent the early days of her career being a housewife. “Carole was doing it all without ever realizing how significant her footsteps would be,” Knitel says. “She didn’t know she shouldn’t be completely responsible for all of the dishes and all of the laundry and all of the meals and writing Top 40 hits, while her husband and writing partner, Gerry Goffin, relaxed on the couch. It was only after they separated that she brought female empowerment into her life and painted it into her music.”

The Songs: Knitel is hard-pressed to pick a favorite. “It changes every night,” she says. “But I think ‘(You Make Me Feel Like) A Natural Woman’ is always going to be special to me. It’s quite a joy each time I begin singing it and hear people in the audience give a collective sigh when they recognize it.”