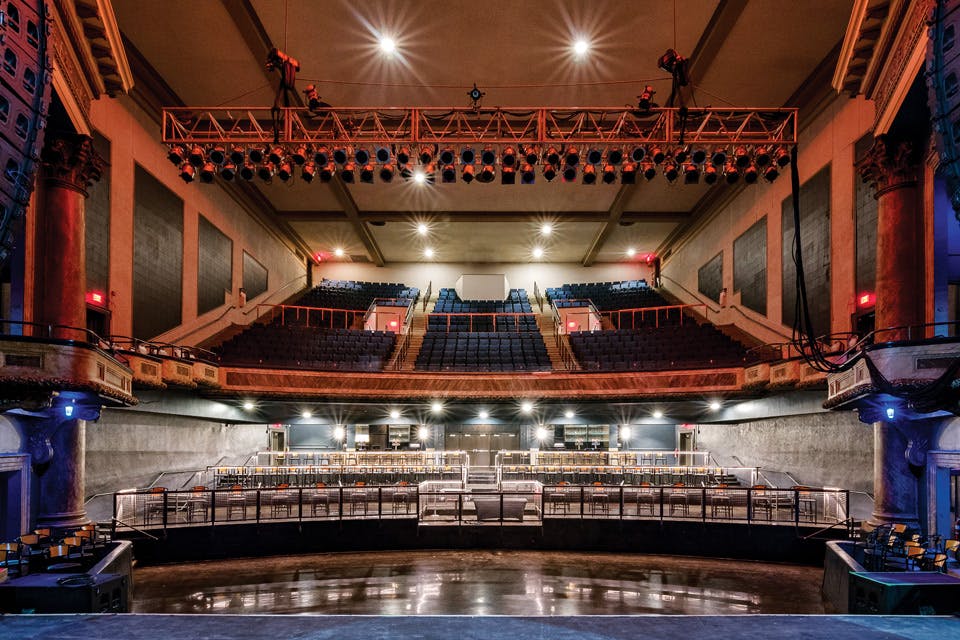 This Cleveland venue hosted some of rock’s biggest names during their rise to fame. A recently completed revamp now has the iconic club ready for a new generation.

The Agora is a Cleveland legend. Over its three incarnations, the concert club has hosted rock ’n’ roll royalty ranging from Bruce Springsteen to U2 to Phish. During that time, the venue has also been on the move — from the University Circle neighborhood, where it opened in 1966, to East 24th Street to its current location at 5000 Euclid Ave., where it’s been since 1986.

The decades of use gave the former opera house a grit that became part of its appeal, but that authenticity was also holding the venue back, according to Shawn Trell, who oversaw a $3 million facelift of the property after AEG Presents took over its operation in 2017.

The club’s founder, Henry LoConti Sr., had been involved with The Agora up until his death in 2014, when he was operating it with senior concert buyer Chris Zitterbart, who remains the property’s co-owner with AEG Presents. The partnership struck last summer aims to preserve the 2,000-capacity theater’s greatness while giving it new life.

Trell, the executive vice president and chief operating officer at AEG Presents, says his company has modernized the club by updating both its aesthetics and functionality. That meant a new roof and HVAC system, as well as giving the walls and floors a fresh sheen.

“We didn’t want to change fundamentally what The Agora is,” says Trell. “It’s a great concert venue. It was just making it operationally more functional and renovating or restoring the surfaces, making them more aesthetically pleasing. All of that together gives the venue newness, but it doesn’t change the charm or the character.”

Along with those changes, new lighting was installed, 564 new cushioned seats were added to the balcony, and the iconic neon sign out front took on a fresh glow. The entry lobby and bar also got facelifts with new chandeliers and floors. All of the work was done within a year, and the concert club unveiled its new appearance over the summer.

“When you look at the Agora Theatre, you notice the bones that it has, the great sightlines, not to mention the history and the legacy,” Trell says. “By making the capital investment that we did … it’s second to none in the market in terms of concert venues. Broader than that market, it’s one of the gems nationally.”