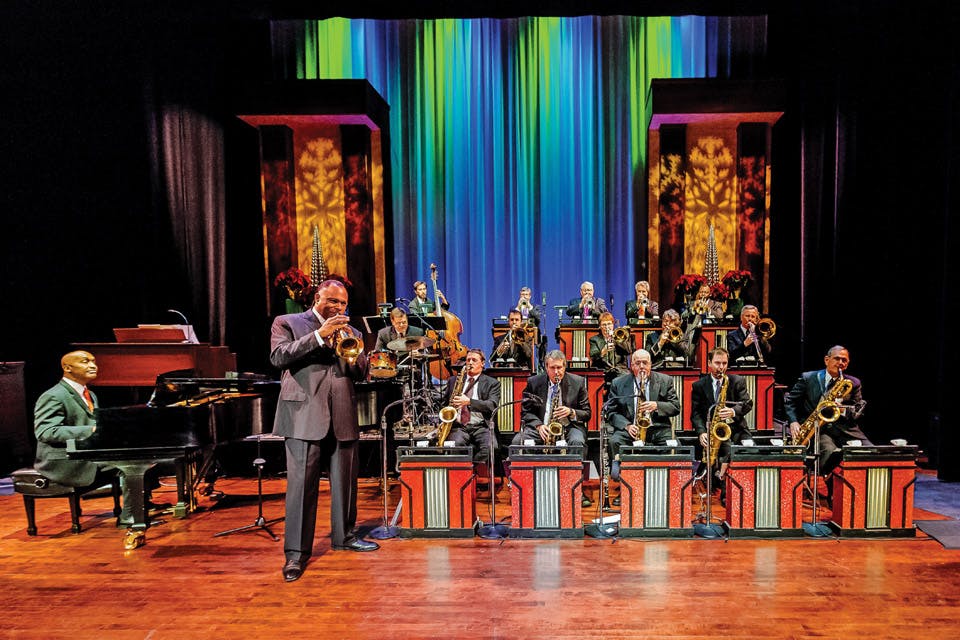 A Night to Remember

Whenever clarinetist Ken Peplowski plays the opening notes of “Sometimes I’m Happy,” the years melt away. It’s 1984 again, and the Cleveland native is 25, living in Manhattan and preparing for what would end up being the most important gig of his life: touring with the legendary Benny Goodman.

Goodman — a clarinetist who had conducted one of the most popular swing-music bands of the 1930s — emerged from retirement that year to form an orchestra he could take up and down the East Coast. One of Peplowski’s friends encouraged him to audition for it, and the young man agreed, albeit reluctantly.

“I was scared to death,” he recalls. “I couldn’t believe I was actually doing this.”

On the day of the tryout, Goodman was late, so Peplowski and the musicians accompanying him killed time by rehearsing the celebrated conductor’s famous arrangements. They were in the middle of playing the spirited “King Porter Stomp” when the relaxed ambiance evaporated. Goodman had arrived.

It never did though. Peplowski was in, and he spent the next two years touring with Goodman until the bandleader’s death in 1986.

March 13 through 16, the clarinetist will pay homage to his mentor during “Bravo Benny!” a Columbus Jazz Orchestra re-creation of the legendary concert Goodman presented at Carnegie Hall 76 years ago. Peplowski will solo during standards that include “Don’t Be That Way,” “Blue Room,” “Stompin’ at the Savoy” and the electrifying “Sing, Sing, Sing.” All promise to bring down the house at the Southern Theatre as they did in New York’s landmark music venue on Jan. 16, 1938.

“Before that night, Benny Goodman’s music was pretty much thought of as the dance music of its day. After that night, it was taken seriously as an art form,” says Peplowski, who began honing his musicianship while a student at Garfield Heights High School and Cleveland State University, before moving to New York in 1981.

Through the decades, the clarinetist has performed with a host of headliners, ranging from the Tommy Dorsey Orchestra and George Shearing to Peggy Lee and Madonna. But it’s Goodman whom he credits with teaching him how to infuse music with meaning.

“Benny was so focused on getting the tempo right,” Peplowski recalls. “Even when you were playing an improvised solo, he’d want you to do it thinking about the song, not just playing it as an intellectual exercise.

“As Louis Armstrong did with the trumpet, there’s not one clarinet player who’s come after Benny Goodman who does not owe him a debt of gratitude.” 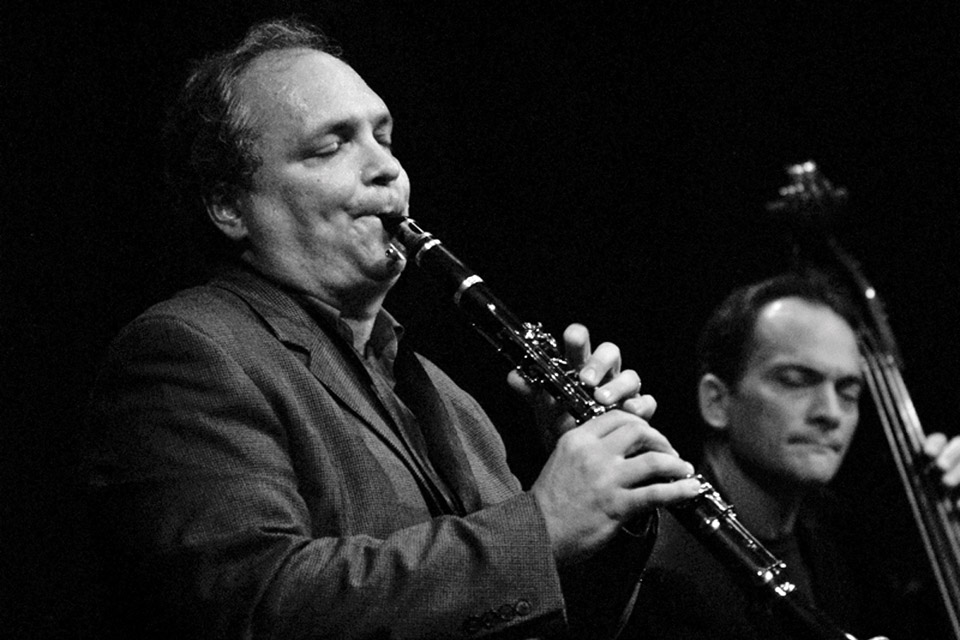 “Benny was so focused on getting the tempo right. Even when you’re playing an improvised solo, he’d want you to do it thinking about the song, not just playing it as an intellectual exercise.” – Ken Peplowski, clarinetist (photo courtesy of Ken Peplowski)

Among music scholars, Goodman’s 1938 Carnegie Hall debut is considered one of the most pivotal performances of the era. (His return engagements included appearances in 1939 and 1973.)

“The event was billed as the first concert of swing in the history of Carnegie Hall,” says Catherine Tackley, a lecturer at The Open University in the United Kingdom and author of Benny Goodman’s Famous 1938 Carnegie Hall Jazz Concert. “At the time, swing was associated with teenagers and free spirits, so the idea of putting it in a place known for classical music really grabbed everyone’s imagination and made the evening unforgettable.”

But it almost didn’t happen.

Tackley explains that Goodman’s response to his publicist’s proposal that he play on the same stage where maestros Leopold Stokowski and Arturo Toscanini made their mark was one of incredulity.

“His initial reaction was, ‘What the hell would we do there?’ ” she says. “Goodman just couldn’t see how his usual performances were compatible with the venue.”

But as buzz about the event spread and all of the 2,770 seats, which ranged from 85 cents to $2.75, were snapped up, the bandleader warmed to the idea.

In addition to the jazz luminaries in Goodman’s orchestra that night — including Harry James and Ziggy Elman on trumpets, Gene Krupa on drums and Lionel Hampton on vibes — pianist Count Basie shared the bill as a guest artist.

“The concert was also one of the first to feature a racially integrated group,” Tackley says. “It was clearly a step forward for swing music and the musicians who played it.”

Olin Downes, music critic for The New York Times, extolled the noteworthy ambiance in the next morning’s paper.

“There was a quivering excitement in the air, an almost electrical effect, and much laughter,” he wrote. “The audience broke out before the music stopped, in crashing applause and special salvos as one or another of the heroes of the orchestra rose in his place to give his special and ornate contribution to the occasion.

“That is almost the sum of it. We went to discover a new, original, thrilling music. We stayed to watch a social and physical phenomenon. ...” 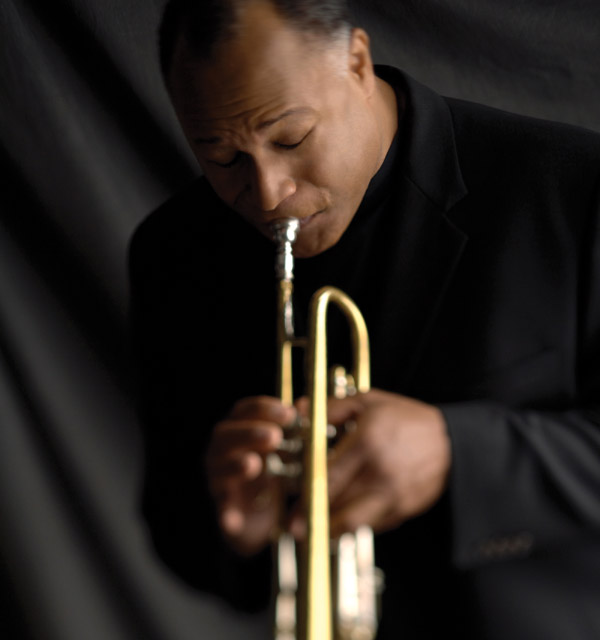 Columbus Jazz Orchestra conductor Byron Stripling has many favorites from the live recording of the famous 1938 Carnegie Hall show. (photo courtesy of byronstripling.com)

“Jazz music is infectious,” he says. “It speaks to all people — all they have to do is be exposed to it.”

The 52-year-old Stripling, who has played lead trumpet for the Count Basie Orchestra and performed with the Lincoln Center Jazz Orchestra, lauds Goodman as being a true master of his craft.

“You can’t help but pat your foot when you hear a Goodman arrangement,” he says. “But even more important, this music will help you forget your troubles. I want our audiences to leave everything outside: politics, your job, the fight you had with your wife, your heartache. Leave it all outside to come in and be transported. Let the music speak to your soul.

“When you leave, continue listening to jazz because, to paraphrase the great [drummer] Art Blakey, the music wipes away the dust from everyday life.”