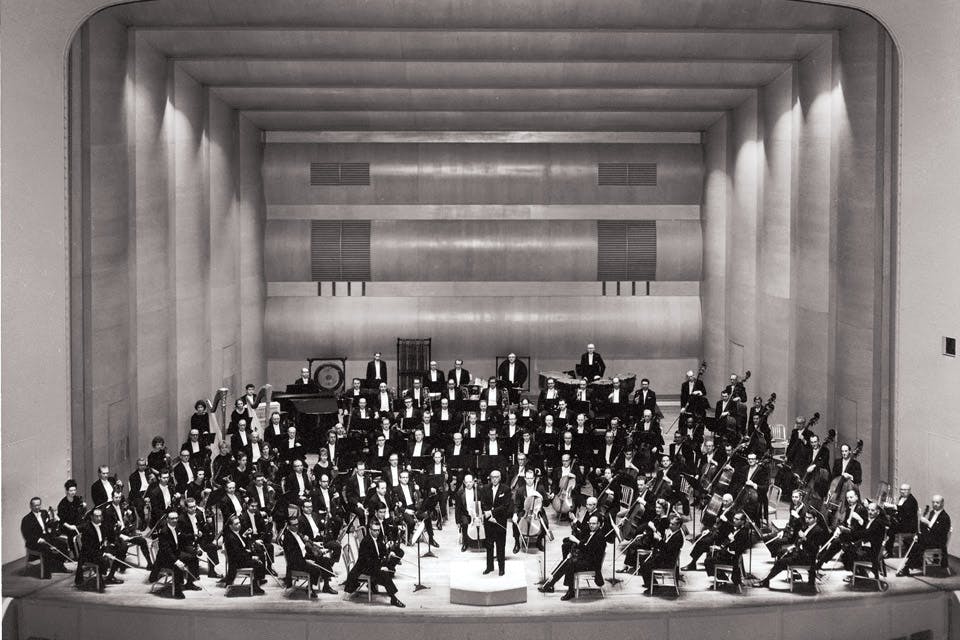 Beethoven: Complete Symphonies | George Szell | Sony Classical
“Szell's command of Classical style is in full regalia on this set of the nine Beethoven symphonies, recorded between 1957 and ’64, when the Cleveland Orchestra rose to the height of international stature under their demanding musical director’s scrupulous guidance.”

Prokofiev: Romeo and Juliet (complete) | Lorin Maazel Decca
“Maazel’s first recording with the Cleveland Orchestra was a superb performance of Prokofiev’s complete music for the ballet. The orchestra plays with fierce, elegant urgency, and Maazel shapes an account that emphasizes the score’s magnetic blend of ardor and violence.”

Shostakovich: Symphonies Nos. 1 and 5. | Artur Rodzinski | Dante Records Lys
“Rodzinski began the process of transforming the Cleveland Orchestra into a top-rate ensemble, as can be heard in these powerful, caustic and affecting performances of two Shostakovich symphonies. The music-making provides an idea of what Rodzinski's production of the composer’s opera Lady Macbeth of Mtsensk must have sounded like when he and the orchestra gave the American premiere at Severance Hall in January 1935.”

Stravinsky: The Rite of Spring | Pierre Boulez | Sony Classical
“The great French composer-conductor, whose relationship with the Cleveland Orchestra spanned half a century, led the ensemble in its first recording of Stravinsky’s riotous ballet score in 1969 (he conducted a second one in 1991). The 1969 performance is the one to have — fierce, precise, and haunting.”

Wagner: Das Rheingold | Christoph von Dohnányi | Decca
“Dohnányi's hope of preserving Wagner's complete Ring cycle with the Cleveland Orchestra came to grief when the recording industry began to collapse in the mid-1990s, cutting the cycle short after two of the four music dramas had been recorded. But this Rheingold is a striking example of the refined vibrancy that marked the Dohnányi-Cleveland partnership for 18 years.”