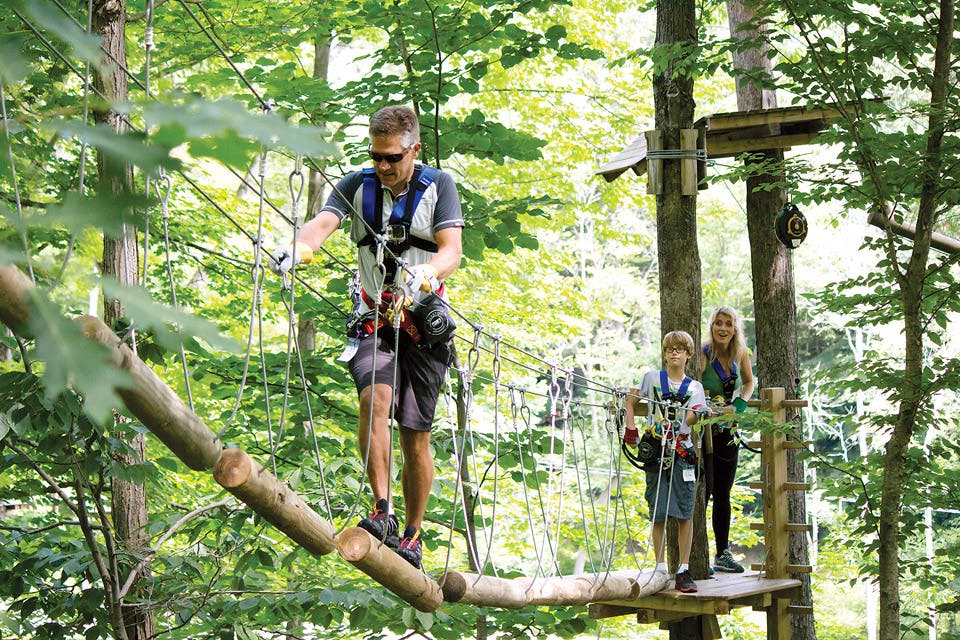 Traveling through Erie, Pennsylvania, and western New York brings waterfront views and noteworthy destinations. Here are seven great stops to get you started.

Holiday Valley
With its 60 ski slopes, Ellicottville’s Holiday Valley resort is a well-known wintertime destination, but there are plenty of reasons to come back during the summer. An 18-hole Double Black Diamond Golf Course offers golfing with superb mountain vistas, while the Sky High Adventure Park provides several kinds of fun: an aerial adventure with 13 treetop courses of varying levels of challenge; the Sky Flyer Mountain Coaster, a control-your-own-speed roller coaster that zigs and zags through a 4,800-foot course; and a Climbing Forest that mimics rock climbing using tree trunks. Up in the hills there are more than 35 miles of mountain biking trails, with other outdoor-recreation options including standup paddle boarding, kayaking and fly fishing. Those who just want to relax can choose from a number of pools to lounge beside. 6557 Holiday Valley Rd., Ellicottville, New York 14731, 716/699-2345, holidayvalley.com 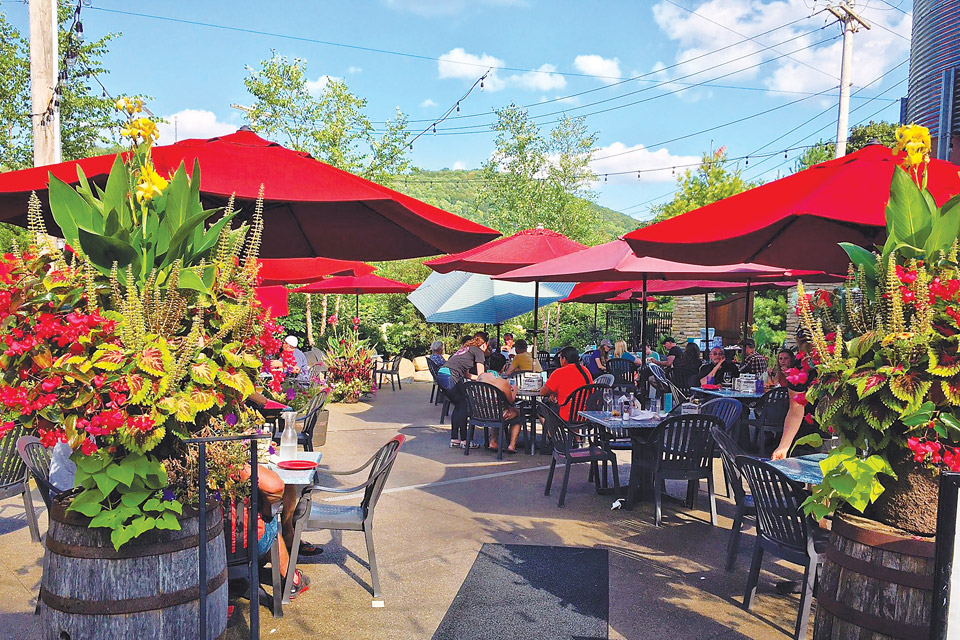 Ellicottville Brewing Co.
Founded in 1995, Ellicottville Brewing Co. was at the forefront of the craft beer explosion that has now spread across the country. Known for its unusual beer varieties (think Mango Wheat, Pumpkinville Latte or Hot Chocolate Stout) the brewery introduces new brews four times a year. The biggest seller, Blueberry Wheat Ale, demonstrates how beers introduced as an experiment sometimes prove so popular they’re added permanently. According to founder, Peter Kreinheder, the company’s tagline, “Brewed to Entertain,” reflects the desire for visitors to have a rousing good time. “A good part of our business is hospitality,” he says. “When we expanded our facility in 2013, we were hoping to mimic the vibe of a really cool Napa Valley winery,” Weekend tours focus on the rustic architecture, as well as the state-of-the-art brewery visible from the restaurant through a wall of windows. Plus, every brewery tour ends with a tasting. 28 Monroe St., Ellicottville, New York 14731, 716/699-2537, ellicottvillebrewing.com 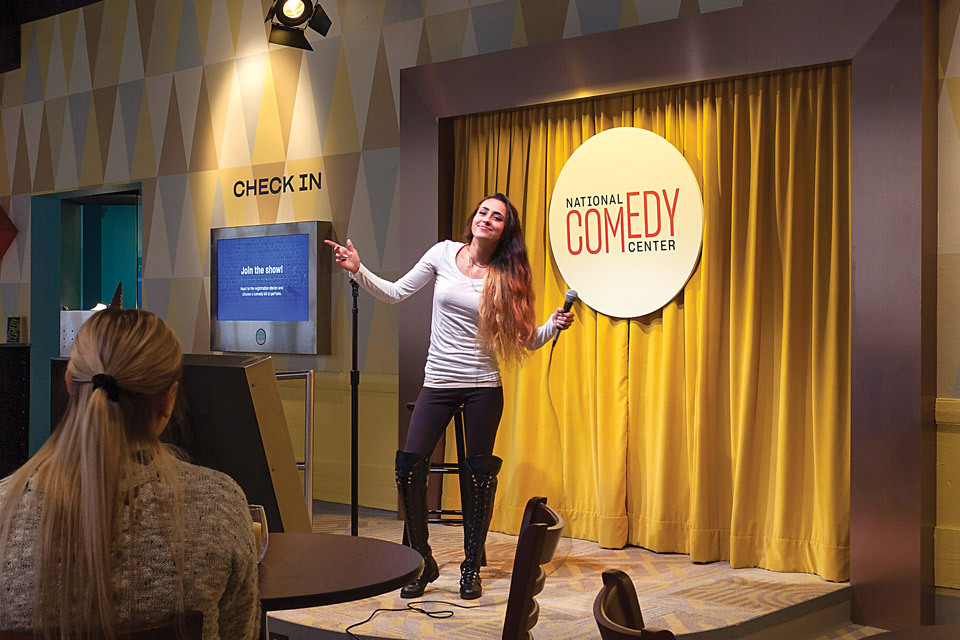 National Comedy Center
Learn while you laugh at the National Comedy Center in Jamestown, the hometown of Lucille Ball. Opened in August 2018, the 37,000-square-foot facility has more than 50 exhibits where visitors can watch holograms of comedians, take part in Comedy Karaoke and even insert themselves into videos like the iconic scene of Lucy and Ethel at the chocolate factory from “I Love Lucy.” Many exhibits are curated to visitors’ individual senses of humor as determined by a quiz they take when they first arrive. (Simply wave your wristband at an exhibit and its content is shaped to what tickles your own funny bone.) “We like to think the word ‘experience’ describes us better than ‘museum,’ ” says executive director Journey Gunderson. “We want to dig deep into the DNA of comedy — to show how it works as an art form.” 203 W. Second St., Jamestown, New York 14701, 716/484-2222, comedycenter.org

Andriaccio’s Restaurant
This landmark spot has occupied a prominent corner just down the road from the entrance to the famed Chautauqua Institution since 1982. A family-run business now in its third generation, the restaurant’s extensive menu is strong in Italian fare and features family recipes brought from the Abruzzo region of Italy. The eatery’s thick dough and flavorful sauces have strong Old World influences, as does its biggest seller, lasagna, which is made from scratch every day. “But our pizza is what has put us on the map,” says Sally Andriaccio, who co-owns the restaurant with her husband, Nick, “and I really think we’ve perfected our carbonara.” Steak and seafood can also be found here, along with more casual fare such as burgers and wings. 4837 W. Lake Rd., Mayville, New York 14757, 716/753-5200, andriaccios.com

Johnson Estate Winery
Located just outside Westfield, Johnson Estate Winery has been producing wine since 1961, making it the oldest estate winery in the state of New York. The 13 varieties of grapes grown on its 115 acres of vineyards are used to produce nearly 40 types of wines. Jennifer Johnson and her husband, Fred, are the third generation presiding over the winery, and she says the European and American grapes they grow take advantage of a terroir similar to the Rhine and Moselle regions in Germany — both in climate and soils. With nearly all the wine they grow produced from their own grapes, the couple can stress quality over quantity. “From bud to bottle, we can control the quality every step of the way,” Johnson says. The rustic tasting room with exposed timber beams and antique barn lights invites visitors to linger, and tours of the winery are also offered. 8419 U.S. 20 W., Westfield, New York 14787, 800/374-6569, johnsonwinery.com 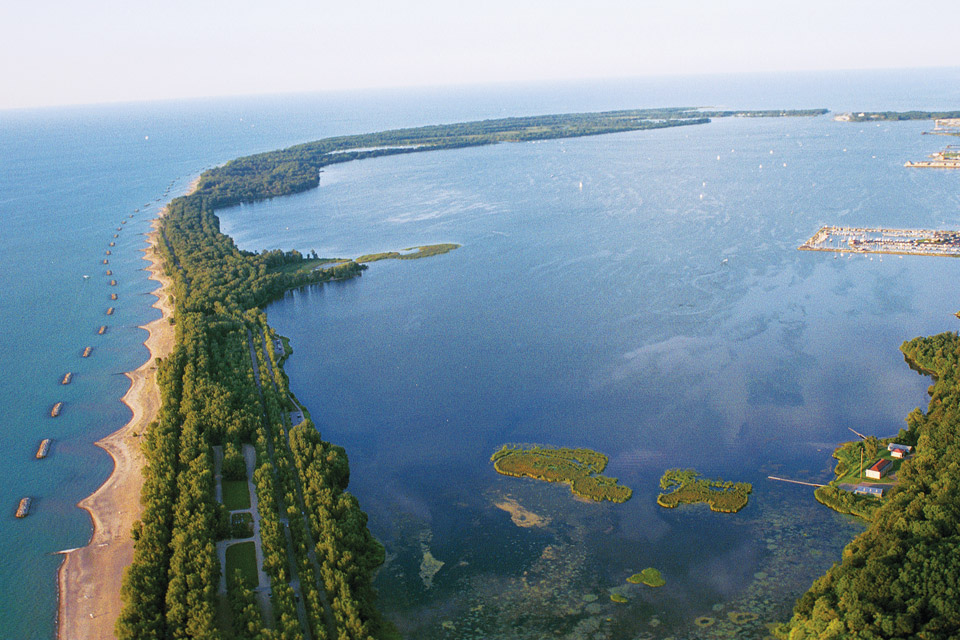 Presque Isle State Park
Each year, around 4 million people flock to Erie’s Presque Isle State Park, a number that often rivals the total of annual visitors to Yellowstone National Park. The long, hook-shaped peninsula is popular with bikers and hikers thanks to its extensive network of trails. Nature lovers come for the bird-watching and the naturalist-led walks and talks both within the park and at the Tom Ridge Environmental Center at its entrance. But in the summertime, Presque Isle’s 7 miles of sandy beaches are the principal draw. “Summer is the time to get into the water,” says Mathew Greene, operations manager for Presque Isle State Park. “In addition to swimming, our visitors go water-skiing, stand-up paddleboarding, scuba diving and even surfing when the conditions are right.” Greene adds that fishing is also a popular activity and that walleye catches have been sizable in recent years. 301 Peninsula Dr., Erie, Pennsylvania 16505, 814/833-7424, dcnr.pa.gov

Relish Jewelry Studio & Gallery
The stunning jewelry at this store is made from beach glass found along the shores of Lake Erie and elsewhere. Originally making their way into the lake via shipwreck, flooding or even littering, the small glass shards have lost their sharp edges after decades of being tossed by the water as they’re transformed into strikingly colorful objects. “Beach glass is manmade, but nature has made it better,” says Jennifer Reed, the store’s owner. Reed launched a home business and opened her store in 2001. Customers clamor for the necklaces, bracelets, earrings, rings and pendants she fashions in colors such as amber, sea foam green, cobalt blue and turquoise. Although she can certify where the glass was found, Reed can’t always identify its origins. “That’s part of the history and mystery of beach glass,” she says. 3835 W. 12th St., Erie, Pennsylvania 16505, 814/836-1827, relishinc.com