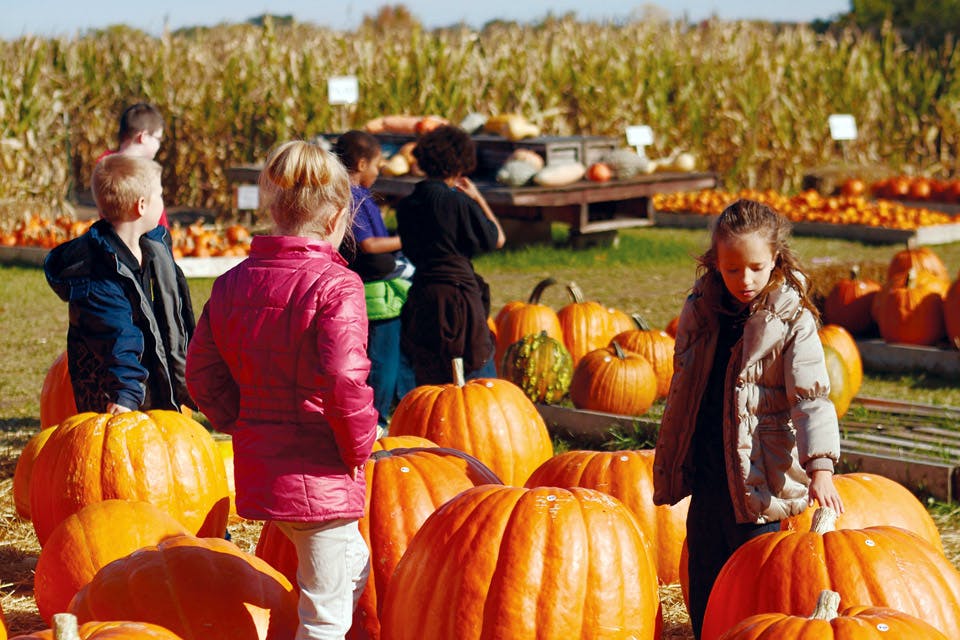 Hayrides and corn mazes are just the start of Paul Fleitz’s fall destination that focuses on kids and contributions from his own family.

The line for the hayride spills past the roped-off area set up to corral those waiting. A few small children sit on their father’s shoulders, while others wonder aloud when the tractor will round the corner, knowing it means their turn to ride is that much closer.

Just then, two flatbeds full of smiling people appear along with the unmistakable scent of hay. The next group boards, and those still waiting wave goodbye as the tractor heads back out through the pumpkin patch and apple orchard. Nobody seems to mind the line, not on a  warm October afternoon with a bright blue sky  — the kind that makes one wonder how many more like it remain.

These are the kind of days Paul Fleitz loves. For decades, he and his family have worked the fields at Fleitz Pumpkin Farm, which his grandfather started more than a century ago. Initially, Fleitz grew corn, soybeans and wheat alongside the property’s apple orchard. Then, 25 years ago, he tried growing and selling pumpkins, which mushroomed into adding fall activities and opening the farm to visitors each autumn. In 1993, he created the farm’s first corn maze.

“That was before you even heard about mazes,” Fleitz says. “I don’t know if we were the first to ever do it, but we like to think we were.”

Today, visitors can explore a 5-acre maze for $2, a 1-acre maze for $1 or a mini maze free of charge. The hayrides are $1 each, as well. There are also several family-photo spots throughout the farm.

“People say they have a different picture of their kids each year,” Fleitz says. “It gives us satisfaction to know that people like our place.”

The barn houses a play area for kids complete with a corn-kernel pit (think a giant sandbox filled with corn), a maze of straw bales, a slide and more. Outside, families and teens crowd around a pen filled with goats and chickens. For a quarter, you can buy a handful of feed to give the friendly farm animals a snack.

Piles of pumpkins, separated by price range and size, provide the chance to find the perfect one for carving, while a variety of gourds, Indian corn and bales of hay can be purchased to use in fall decorating.

After choosing a pumpkin, it’s on to the craft barn full of gourd creations and Christmas ornaments painted by the Fleitz family. Then it’s time for a stop at the Snack Shack for some hot cider and doughnuts. Made by Fleitz’s children, the doughnut varieties range from cider to vanilla to pumpkin.