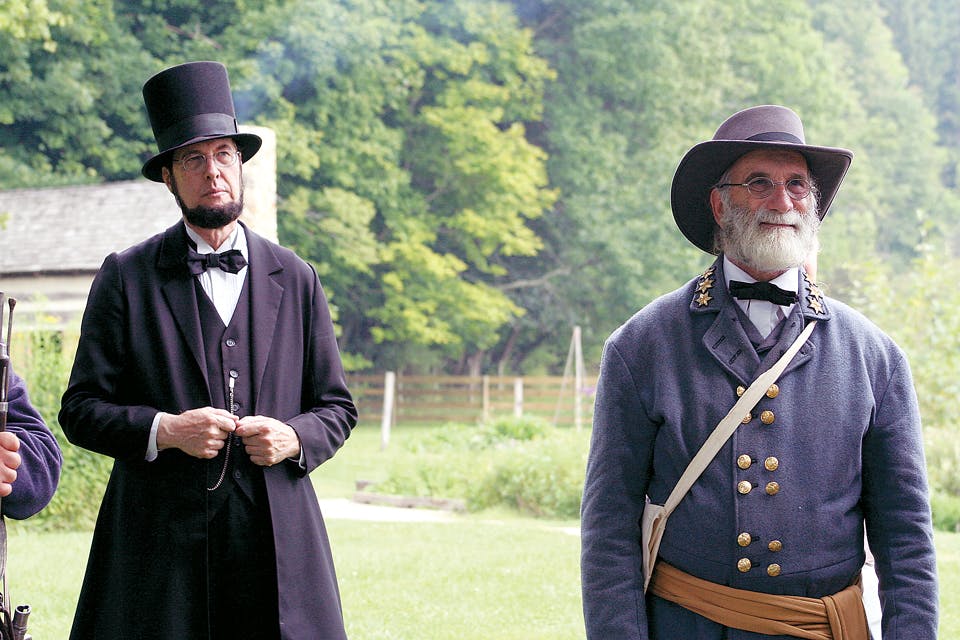 “At 6-foot-4, I was the right height and I had the whiskers,” recalls Payn, who lives in Wooster. “Looking back, I think it was divine intervention leading me to this next phase of my life.”

Since then, Payn estimates he’s portrayed our 16th president more than 600 times. On Nov. 16, he’ll don his stovepipe hat again for his 21st Thanksgiving Dinner with Abraham Lincoln at Hale Farm & Village in Bath. The classic feast also includes music and stories of our nation’s past.

“I admire Lincoln more with every year that goes by,” Payn says. “His honesty and respect for others — even those he clearly did not agree with — are traits we need more of today.”

Playing the Role: The former science teacher has the part down to, well, a science. A bit of eyebrow pencil for his beard and a toupee are all that’s needed. “One great advantage of being a former teacher is I’m accustomed to speaking in front of groups,” he says. “I also have the script in front of me.”

Kindred Spirit: Payn’s wife of 58 years, Marilyn, sews the suits that are part of his Abraham Lincoln ensemble. (The couple met while attending The Ohio State University.) Marilyn also makes the occasional appearance as presidential spouse Mary Todd Lincoln. “I just couldn’t stand for Jerry to have all the fun,” she says with a laugh.

Audience Participation: Payn looks forward to the question-and-answer sessions, trying to anticipate any curveballs. Since he’s read countless history books, including Doris Kearns Goodwin’s Team of Rivals, and is a fan of Ken Burns’ PBS Civil War documentary, he’s usually well prepared. But one question stopped him in his tracks: His thoughts on Tim Burton’s 2012 fantasy/thriller film “Abraham Lincoln: Vampire Hunter.” “For the first time,” Payne says. “I was speechless.”