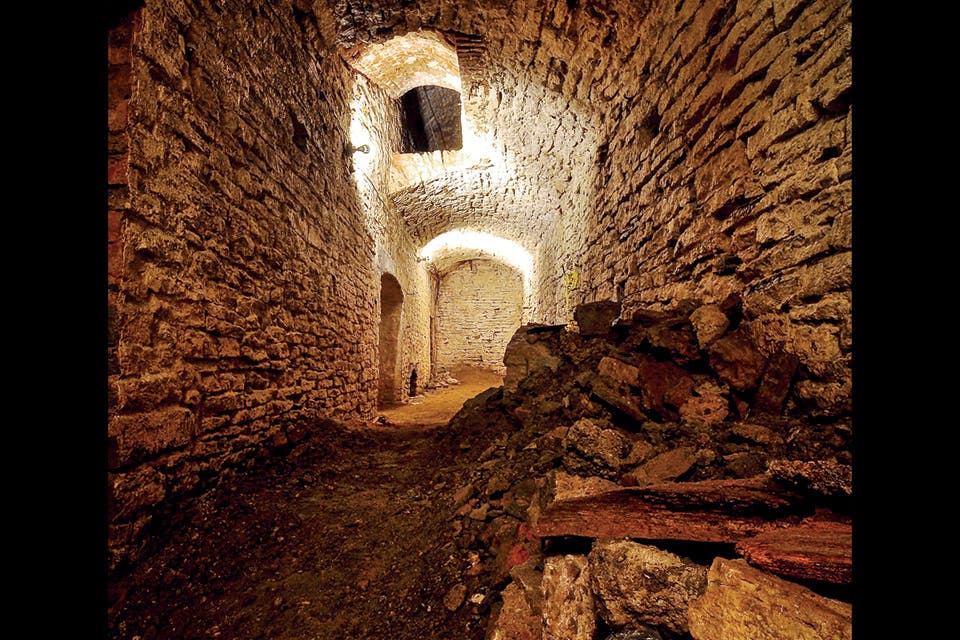 Cincinnati has a long history that comes to light once you delve into the secrets of the city’s Over-the-Rhine neighborhood.

Known for the Italianate, Greek Revival and Queen Anne architecture that was common in 19th century and early 20th century urban America, Cincinnati’s Over-the-Rhine neighborhood has been compared to historic districts in Louisiana, South Carolina and Georgia. Revitalized over the last decade, it’s now an entertainment destination filled with restaurants, bars and boutique shops.

“It would have been a lot cheaper to tear all the historic buildings down, but the fact they’ve all been preserved is incredible,” says Craig Maness, director of business operations for Cincinnati’s American Legacy Tours, which conducts more than a dozen walking excursions throughout the city.

Settled by German immigrants, the neighborhood quickly became known for its breweries — with 1,841 registered drinking establishments within 7 square miles in 1890. That heritage, which ended with Prohibition, is the focal point of the Queen City Underground Tour.

Since it was launched in 2010, 30,000 tourists have signed up each year, eager to wander the subterranean tunnels that were once the lager cellar of the John Kauffman Brewing Co. The tour also includes stops at buildings above ground that have earned a place in history, including the theater where Ohio native Annie Oakley performed and a burial crypt containing the final resting place of a Revolutionary War soldier.

Tunnel Vision: Although the tunnels underneath what was the John Kauffman Brewing Co. from 1860 to 1919 remained intact, they weren’t discovered until the 1990s when the building was being renovated to become the Guild Haus apartment complex. The arched passageways flanked by vaulted stone walls 20 feet high once held barrels of lager, the drink of choice among Cincinnatians more than a century ago. “The temperature down here is 58 degrees throughout the year,” Maness says, “so it’s always comfortable no matter the weather.”

Political Machine: Opened in 1873, Wielert’s Beer Gardens quickly became known as Cincinnati’s “Second City Hall.” City councilman and political boss George Cox held court there, as did associates that included August Herrmann, who served as president of the Cincinnati Reds from 1902 to 1927. “Herrmann is known as the Father of the World Series,” Maness says. “He talked about it on this spot, created it and brought the first one to Cincinnati. The building is vacant now, but plans are underway to turn it into a restaurant and bar.”

A Star is Born: The building that is now the Venice on Vine pizza shop was once the People’s Theatre, where famous sharpshooter Annie Oakley performed in the mid-1800s. The original entrance and box office are still there. “She was born Phoebe Ann Moses,” says Maness. “But [showman] Buffalo Bill Cody told her to change her name. She was living nearby in Oakley at the time, and he thought it was more marketable.”

Hero’s Welcome: Built in 1859, St. Francis Seraph Church contains a burial crypt under the altar with 41 graves, including that of Joel Green, who served in the Revolutionary War. Born in 1757, he moved to Ohio with his family in 1809 and died a decade later. In 2014, the Sons of the American Revolution dedicated a grave marker in his honor. “There was a full funeral procession,” Maness says. “Participants wore kilts and Revolutionary War uniforms and played bagpipes. It was a fitting tribute.”