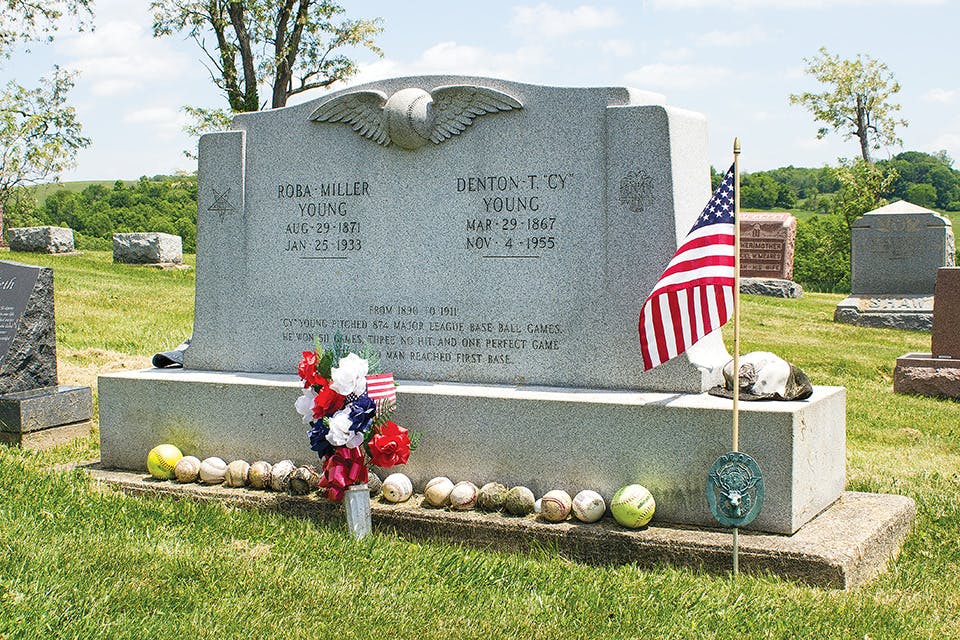 The man whose name is synonymous with Major League Baseball pitching excellence
is buried in Tuscarawas County.

Denton True “Cy” Young was born in the tiny Tuscarawas County town of Gilmore and went on to become Major League Baseball’s winningest pitcher, notching 511 victories. In 1956, a year after Young’s death, the league named its annual pitching award in his honor.

Following his playing days, Young returned to Tuscarawas County, where he and his wife had a farm, says John Ourant, board member of the Newcomerstown Historical Society, which has artifacts related to Young at its Olde Main Street Museum and Social Center.

“We have a picture of him involved with our little league organization, which was started just after the end of World War II,” Ourant adds.

Young is buried at the New Peoli Cemetery about 11 miles away. (His gravestone has a baseball with wings on it). Ourant says a number of Cy Young Award winners, including Vida Blue, Brett Saberhagen, Dwight Gooden and many more have visited to pay their respects over the years. 1608-1664 state Rte. 58, Port Washington 43837