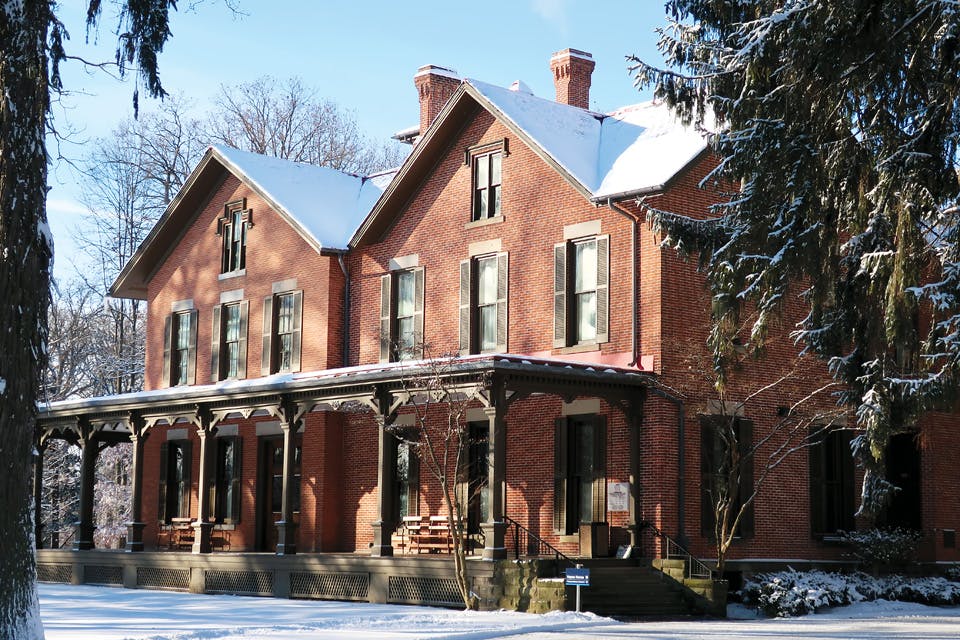 When Rutherford B. Hayes moved into Spiegel Grove, the majestic Fremont estate he inherited from his uncle in 1873, he rhapsodized about the beauty of the verandah that surrounds the stately Victorian.

“The best part of the present house is the verandah,” the statesman wrote in his diary. “But I would enlarge it. I want a verandah with a house attached!”

Hayes, who served as governor of Ohio from 1868 to 1872 and the 19th president of the United States from 1877 to 1881, did make the change he envisioned, expanding the portico so it wraps around the front of the house. More than a century later, it remains the idyllic spot to admire the majesty of the palatial grounds upon which the Rutherford B. Hayes Presidential Library & Museums is located.

The 25-acre Spiegel Grove — named after the German word for “mirror” to acknowledge the pools of water that dot the grounds after it rains — is filled with 1,700 oak, holly, buckeye, beech, ginkgo, walnut and chestnut trees that surround the house, museum and gravesite where Hayes and his wife, Lucy, are buried.

“The connection with nature here is something that’s impossible to describe unless you experience it,” says Christie Weininger, executive director of the Rutherford B. Hayes Presidential Library & Museums. “Looking over Spiegel Grove from the house is extremely special.”

During Presidents Day weekend, Feb. 16 through 18, Rutherford B. Hayes Presidential Library & Museums will feature horse-drawn sleigh rides (no snow required) around the grounds. On Feb. 18, kids are invited to make campaign ribbons and pose for pictures with life-sized cutouts of famous presidents.

Each year, more than 35,000 visitors travel to the presidential center to tour the 31-room home and see many of the more than 20,000 artifacts in the complex, including the Yankee uniform Hayes was wearing when he was shot during battle and the Bible he used to take the presidential oath of office.

Guests can hold a replica of a Civil War-era rifle and don a 46-pound haversack to feel what it was like for soldiers to carry their possessions on their back.