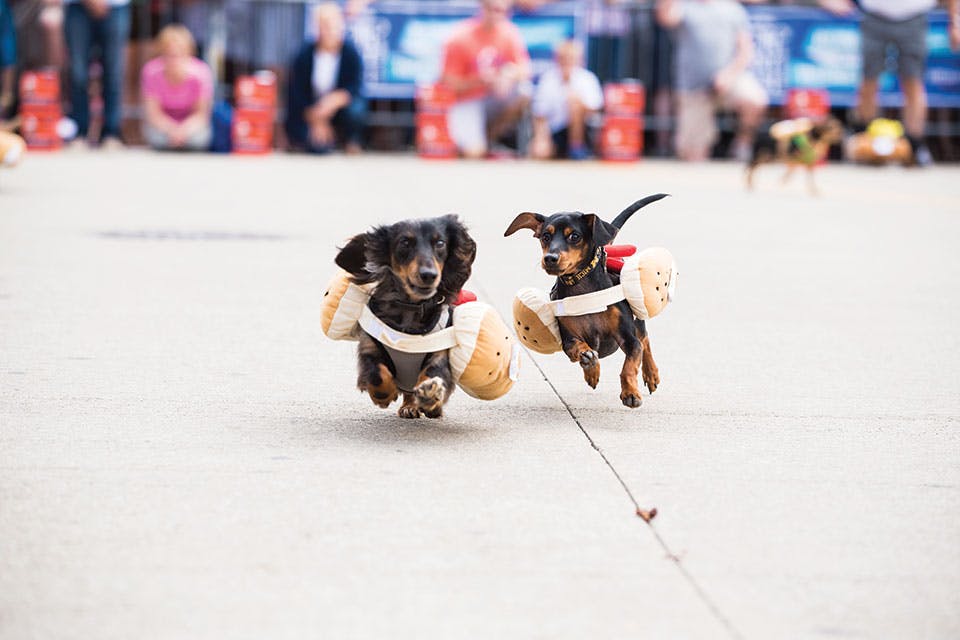 Cincinnati celebrates its German heritage every September with a huge festival. Here are three reasons why it is the largest celebration of its kind in North America.

The Running of the Wieners: Although German garb is everywhere during the festival, some of the most memorable getups are on the 100 dachshunds dressed as hot dogs for The Running of the Wieners. The adorably clad canines face off in heats of 10, with the winner of each competing in a final race to determine each year’s champion. Dog treats and toys are awarded to the winner, while their owner goes home with a case of Samuel Adams Boston Lager. (Boston Beer Co. founder Jim Koch is from Cincinnati). “[Participants] take it seriously,” says Cynthia Oxley, director of sponsorship and corporate community events at Cincinnati USA Regional Chamber. “We look at it as a fun thing, and so do the spectators.” Takes place the Thursday before Oktoberfest Zinzinnati begins. Check website for details. 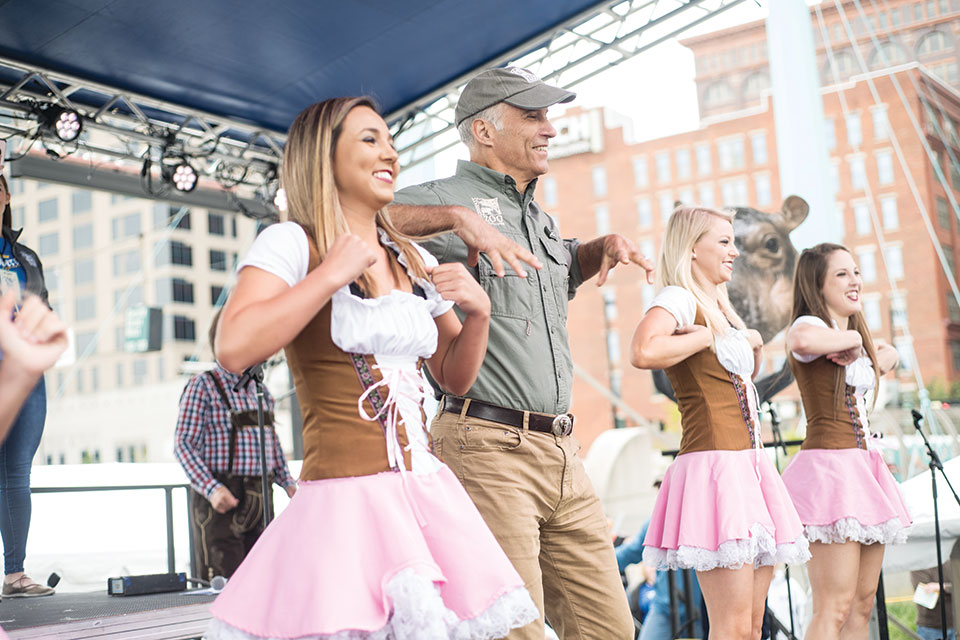 World’s Largest Chicken Dance: This year’s fest is expected to draw around 575,000 people, and you can bet a lot of them will be getting down to the “Chicken Dance.” At Oktoberfest Zinzinnati 1994, the German oompah tune and wedding-reception favorite led to a noteworthy achievement: 48,000 attendees set the record for the World’s Largest Chicken Dance, as documented in the 1995 through 1997 editions of The Guinness Book of World Records. Fest organizers have paid tribute to that achievement in past years by appointing a grand marshal to lead the dance. Honorees have included “Weird Al” Yankovic and Cincinnati Bengals players Andy Dalton and A.J. Green. “We have this vendor who sells chicken hats people put on their heads before they do the dance,” Oxley says. Gemuetlichkeit Games: This year’s festival has an earlier start time than ever before, with the Gemuetlichkeit Games kicking things off on Sept. 20 at 11 a.m. This good-natured competition dates back to the festival’s earliest days. The two-part race pits local television news anchors against one another. The women anchors race while balancing beer-filled steins with the goal of spilling the least amount. The men must roll a barrel to a marked area and back with the goal of finishing first. “They go all out for this,” says Lori Salzarulo, senior manager of corporate and community events at Cincinnati USA Regional Chamber. “It’s a lot of fun to watch.”

Oktoberfest Zinzinnati will be held Sept. 20 through 22 on Second and Third streets (between Walnut and Elm streets) in downtown Cincinnati. For more information and a full event schedule, visit oktoberfestzinzinnati.com.