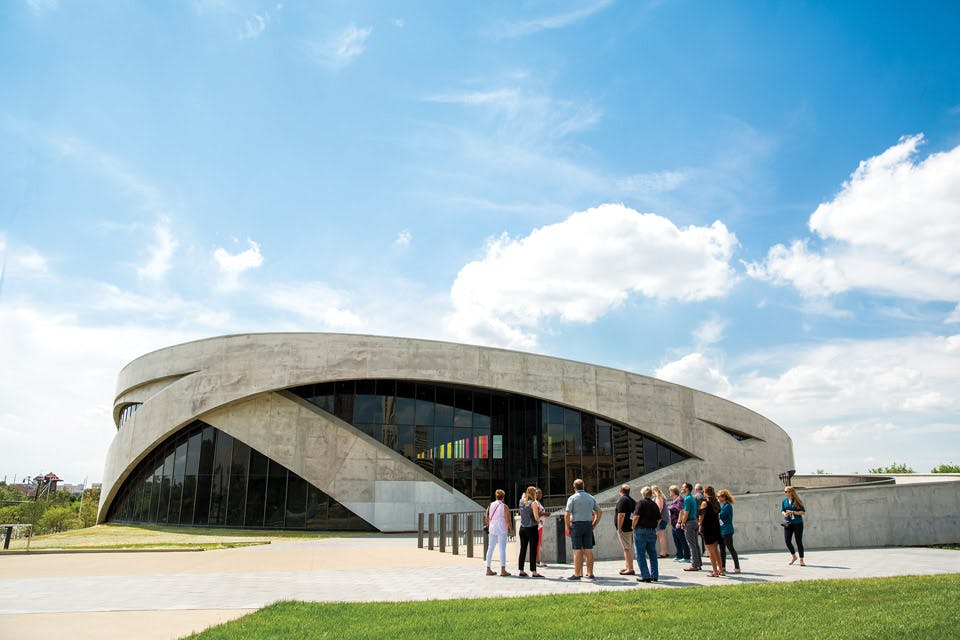 Our capital city’s new attraction offers poignant glimpses of life on and off the battlefield.

For Jason Dominguez, who served in Iraq in 2005 as a sergeant in the United States Marine Corps, the desert camouflage he wore for seven months represents more than the garment that shielded him from blazing sunlight. It also signifies the sacrifice the Columbus resident made for his country.

“The lens that I saw the world through is forever changed,” says Dominguez, 38, whose service ended in 2008, after eight years in the military. “To me, sacrifice is the things you miss, the things you experience and the people you’ve lost.”

Dominguez’ story is one of 50 documented at the National Veterans Memorial and Museum, which opened in Columbus Oct. 27. The museum also features more than 150 artifacts, including an 1852 military sword and a World War II rabbit’s foot. It’s designed to honor veterans who served in conflicts from the Revolutionary War to present day, including the 21 million currently living throughout the country.

“Although we have artifacts, this is predominantly a narrative journey told through stories,” says Amy Taylor, chief operating officer of the Columbus Downtown Development Corp., a nonprofit focusing on city-changing projects.

After former United States Senator John Glenn proposed the idea for the museum in 2012, more than $82 million was raised to fund construction costs and launch an endowment. Architectural Digest lauded the 53,000-square-foot structure as one of “the 12 most anticipated buildings in 2018.”

The circular design represents the continuous service veterans give to America that endures long after retirement. An outdoor 2.5-acre memorial grove offers a place of reflection.

Inside the museum, 14 alcoves offer glimpses of life on and off the battlefield. A Share Your Story audio-video booth gives visitors a chance to share military and civilian experiences.

Col. Tom Moe, 75, served as a U.S. Air Force fighter pilot during the Vietnam War. After being forced to eject from his craft in 1968, he was captured and spent more than five years at Hoa Lo Prison. The Lancaster resident believes in the significance of a national museum.

“I think it’s important — especially today, when a small percentage of our population is serving in the military — that we tell the story of what these people — including perhaps a dad, granddad, mother or aunt — mean to America,” Moe says.