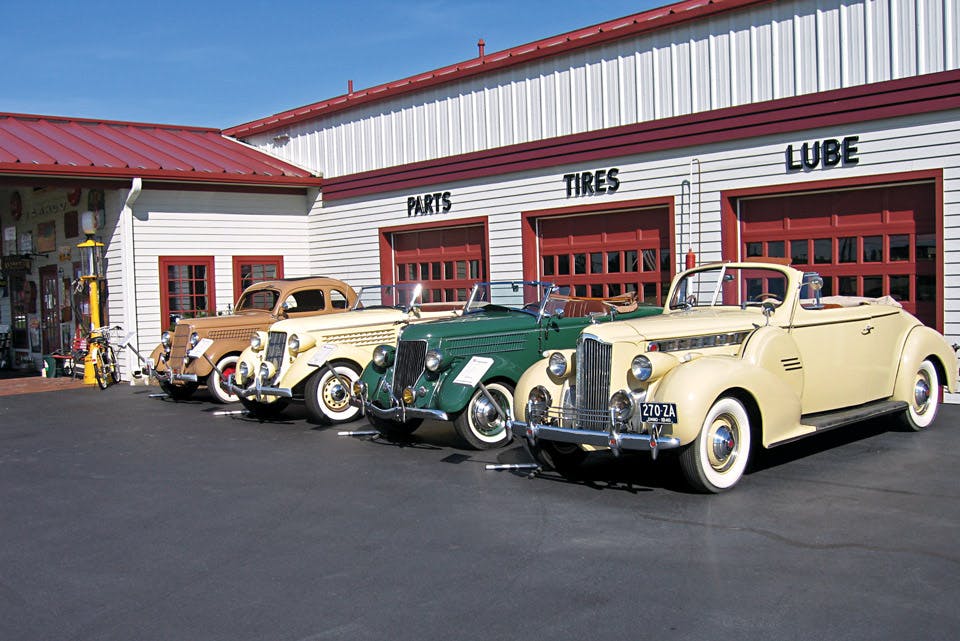 Northern Ohio has long played a role in the auto industry. These museums highlight both famous and long-forgotten models.

In 1910, Cleveland’s Euclid Avenue was more than the city’s Millionaires’ Row. It was regarded as one of the finest streets in the nation. Captains of industry lived there, so when Baker Electric decided to open a new automobile showroom, it was the obvious place to build.

The company had a reputation for quality. Its founders were friends with Thomas Edison, so the inventor’s first car was a Baker Electric. There was also one in the White House garage for William Howard Taft’s wife, Nellie. Prices were high, costing around $4,000 in 1906, when the average American worker earned between $200 and $400 annually.

Baker was just one of many car companies that sprouted up in northern Ohio during the early 20th century. Mary Ann Porinchak, executive director of the National Packard Museum in Warren, says a combination of factors made that possible. “You had the wealth, you had the industry, you had forward-thinking people and the means for them to tinker in their spare time,” she says.

Ultimately, Baker Electric was consigned to the automotive graveyard as the industry became concentrated in Detroit. But the legacy of Baker and other Ohio auto manufacturers helped cement our nation’s car obsession, which these museums celebrate.

James Packard, an engineer from Warren, traveled to Cleveland to buy a new Winton in 1898, but the car couldn’t make the trip home and had to be towed to Trumbull County.

Due to multiple breakdowns, Packard corresponded regularly with the Winton Motor Car Co., offering his advice for improving the vehicle. But company founder Alexander Winton was unreceptive, effectively telling Packard that if he thought he could build a better car, he should do so. And he did.

The Packard Motor Car Co. only made vehicles in Warren for four years before relocating to Detroit and later merging with Studebaker, but the name is still famous throughout the area, adorning a park and music hall. Between them is the National Packard Museum, which opened in 1999 after nine years at a previous location. The front of the building looks like the grille of a 1930s-era Packard, complete with hood ornament.

Inside, the museum features around 30 cars, representing part of its own collection of 22 vehicles as well as autos on loan. The cars displayed range from factory-production vehicles to one-of-a-kind concept cars.

With details that included brass fittings, tufted seats and pinstripes, the Packard Motor Car Co. quickly established itself at the top of the market. Its engineering innovations included features that are now commonplace, like gas pedals and steering wheels. Packard was also the first company to make a V-12 engine, the legendary Twin Six.

“The Packard really focused on excellence,” says the National Packard Museum’s Porinchak. “People knew if they bought something that said Packard on it, they were buying perfection.”

From his first car, a Ford Model A, Bill Snook loved old cars. He just couldn’t afford them. “He could only afford to buy a basket case,” says his son Jeff Snook, referring to a car that needs a lot of work. “And he’d spend his evenings and weekends putting it back together.”
When Jeff was old enough to drive, Bill bought him his first car — another Ford Model A.

“He probably figured it was safer for me than speeding around in a GTO or something,” Jeff says. “We restored it from the ground up.”

By Snook’s count, his father, who died in 2013, owned 100 cars at one point or another. He’d sell them or swap them, but he kept some as well. Eventually, the father and son built their own museum. Snook’s Dream Cars opened in 2002, and features about 30 vehicles, which reflects most but not all of the collection.

The front of the building looks like an old service station and garage, and it serves as one for the museum, with four bays and an on-staff mechanic.

Jeff tries to take each car out on the road once a month, which can be tough during winter. He even races some of the vehicles, including a 1956 Lotus 11 that was one of about 250 made.

The collection features models from the 1920s through the 1960s and includes a muscle car, racing cars and a rare Kaiser Darrin. Only around 435 were made, and the car has doors that slide into the body instead of opening with hinges. 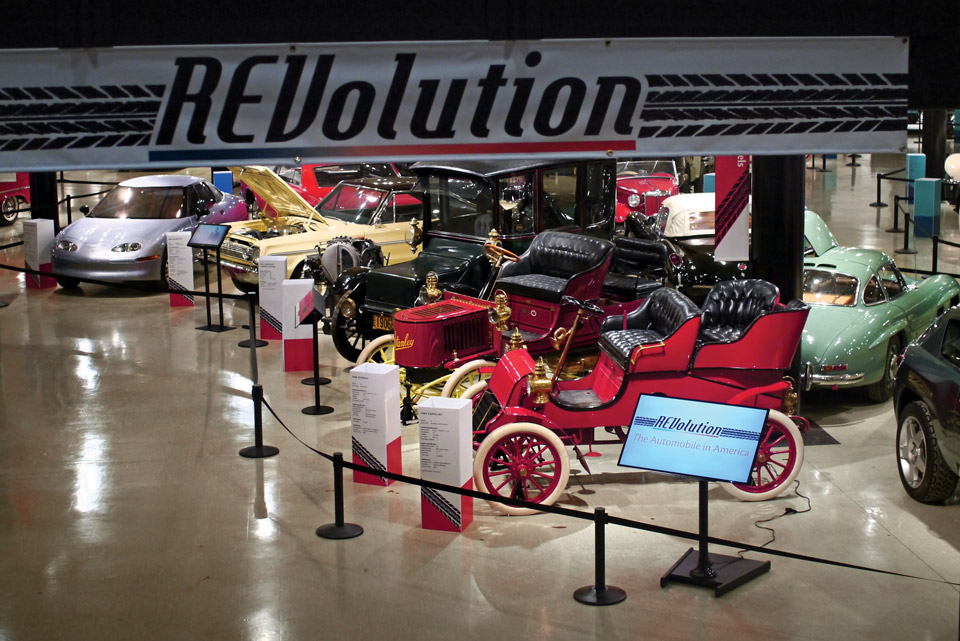 Industrialist Frederick Crawford started collecting cars in 1937 when he rescued a vehicle made by Duryea, the first company to build gas-powered autos, from being scrapped following the Great Lakes Exposition.

Six years later, Crawford opened the Thompson Products Auto Album in a former Cadillac showroom near downtown Cleveland. In 1963, he donated his collection of cars and airplanes to the Western Reserve Historical Society, and they’ve had a home there ever since.

“[We’re] one of the earliest auto/aviation museums in the country,” says Derek Moore, the historical society’s curator of transportation history.

In recent years, the museum underwent a $4 million renovation, and the Crawford Auto Aviation Collection reopened to the public in 2013. “It allowed us to have one big open gallery,” Moore says.

At any given time, about half of the museum’s 165-vehicle collection is on view. Crawford was also an organizer of the National Air Races in Cleveland during the 1930s and ’40s, and a few aircraft used in the races are also on display.

“Setting the World in Motion,” an exhibition on the main level, focuses on the auto industry in Cleveland and features long-forgotten makes such as Jordan, Baker, White and Owen Magnetic. “For a long time, the Crawford had the largest collection of cars more than 100 years old,” Moore says. “We have cars that not a lot of other people have, or nobody has, because [Crawford] was buying them when nobody else was really interested.”

Downstairs is “REVolution: the Automobile in America,” which includes a Hupmobile that visited five continents and the Jordan House Car, one of the first recreational vehicles. As a whole, the exhibition traces how the advent of the auto transformed the way we live.