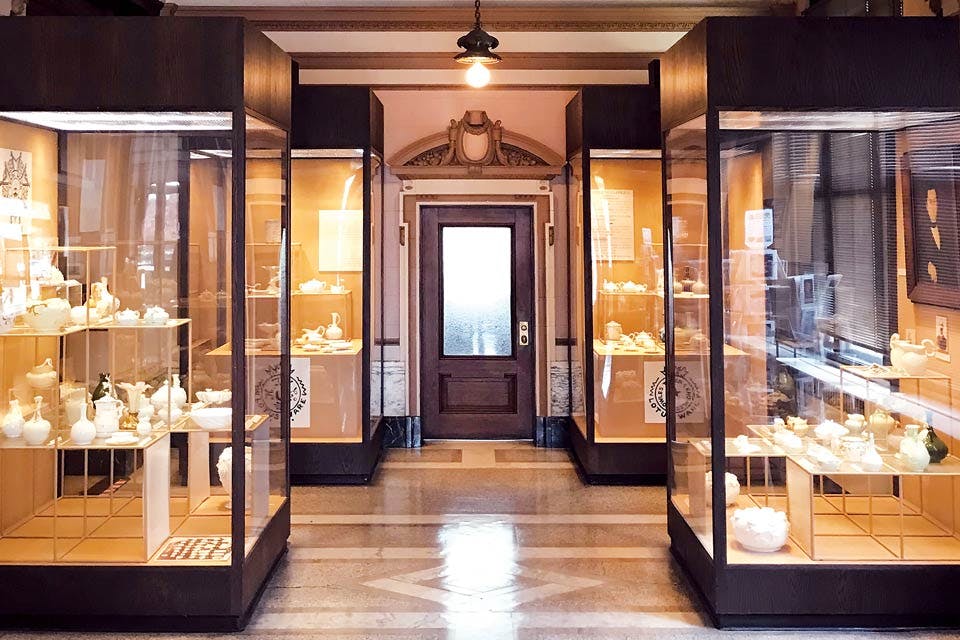 These four museums that celebrate Ohio’s industrial heritage offer a window into how we helped the nation grow.

The Museum of Ceramics

Fine china was a staple in elite homes throughout 19th-century Europe. On American shores, East Liverpool’s Knowles, Taylor & Knowles became a leader in producing popular porcelain here, including the company’s most famous pattern, Lotus Ware, created between 1892 and 1896. The name originated from the fact that the glaze used resembled the glossy sheen on lotus petals.

“Lotus Ware was produced for such a short time, but people from all over come to see it here,” says Susan Weaver, director of East Liverpool’s The Museum of Ceramics. “At one time, East Liverpool was making half of the dinnerware in the whole United States.”

While the museum’s collection of Lotus Ware — a thin porcelain decorated with floral designs and openwork beading — is a huge draw, the museum also showcases a variety of other designs manufactured by bygone Ohio companies, including Liverpool Pottery Co., Limoges China Co. in Sebring and Hall Pottery in Crooksville.

Located in a Beaux Arts-style building that once served as the city’s post office, The Museum of Ceramics tells the story of the local pottery industry. The lower level displays tools used in early production methods, including a kiln and potter’s wheel from the 1840s. 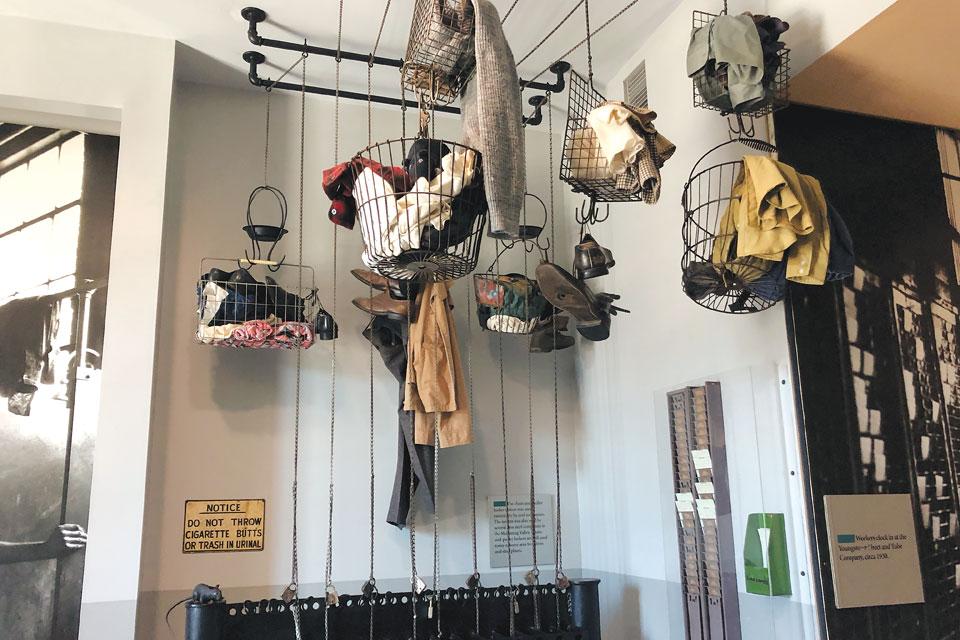 Amid the several thousand artifacts showcased at the Youngstown Historical Center of Industry & Labor is one that Donna DeBlasio, professor of history and applied history at Youngstown State University, points to as her favorite: the neon sign that once greeted visitors to Idora Park.

“For generations, steel workers and their families enjoyed company picnics at the park,” DeBlasio says of the amusement park that opened in 1899 and closed in 1984 after a huge fire snuffed out its life.

The Youngstown Historical Center of Industry & Labor, which opened in 1992 and is managed in part by Youngstown State University, chronicles the story of steel in the city that became one of the top five steel-producing areas in the United States by the 1920s.

In addition to photographs and artifacts ranging from a pulpit (a small elevated observation room used to check activity on the mill floor below) to tools, the center features a replica of a company house like those built by the Youngstown Sheet and Tube Co. and Republic Steel Corp. Workers could rent the dwellings and each had electricity and indoor plumbing. 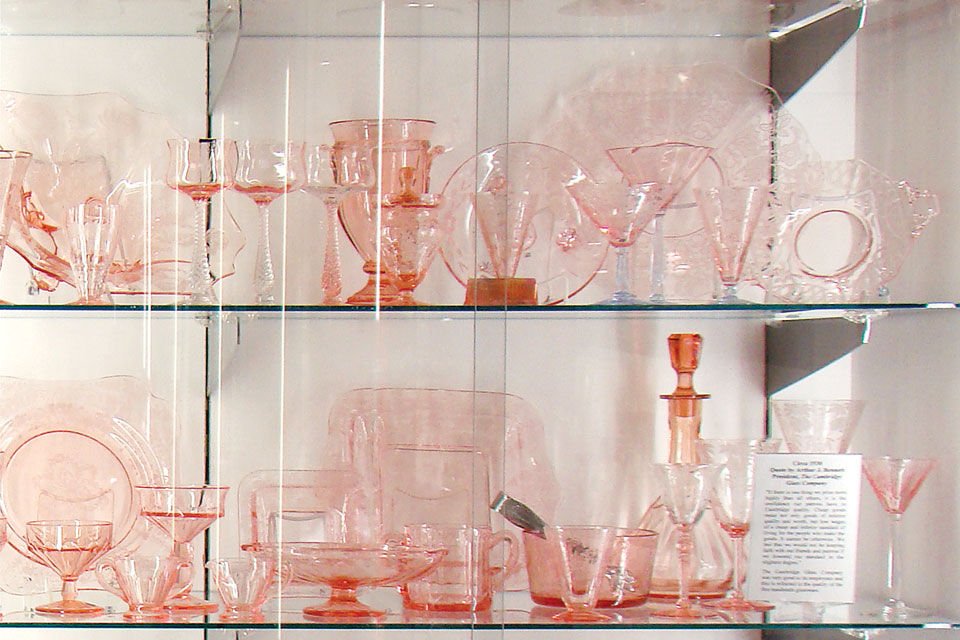 The National Museum of Cambridge Glass

It’s not always easy for Cindy Arent to follow the plot of movies she watches. The director of The National Museum of Cambridge Glass is frequently on the lookout for vessels produced by the Cambridge Glass Co. that might appear on screen as a prop.

“It started when one of our [museum] members saw Bing Crosby toasting with a … champagne glass in ‘White Christmas,’ ” Arent says. “We know of about 30 movies plus television shows that have used Cambridge glass. … Most recently, a pitcher in ‘Bonanza’ was spotted. It’s the same one used in an episode of ‘Gunsmoke.’ It’s not historically correct, but Hollywood doesn’t care.”

The National Museum of Cambridge Glass, which opened at its current location in 2002, features 10,000 pieces of glassware produced from 1902 until the factory closed in 1958. The museum’s “Cambridge Glass in Hollywood” display was expanded for 2018 to include movie photos of glassware used in scenes. The museum’s collection spans hundreds of celebrated designs, ranging from Apple Blossom Etch to Rose Point Etch, and more than 40 colors, including mulberry, mocha, primrose and pistachio.

“The Cambridge Glass Co. had showrooms in all the major U.S. cities, as well as salesmen in England, Australia, Canada and Cuba,” Arent says. “It was famous for its beautiful products, but it [was] also known as a company that provided social consciousness. It was one of the first companies to provide insurance for its workers.” 136 S. Ninth St., Cambridge 43725, 740/432-4245, cambridgeglass.org 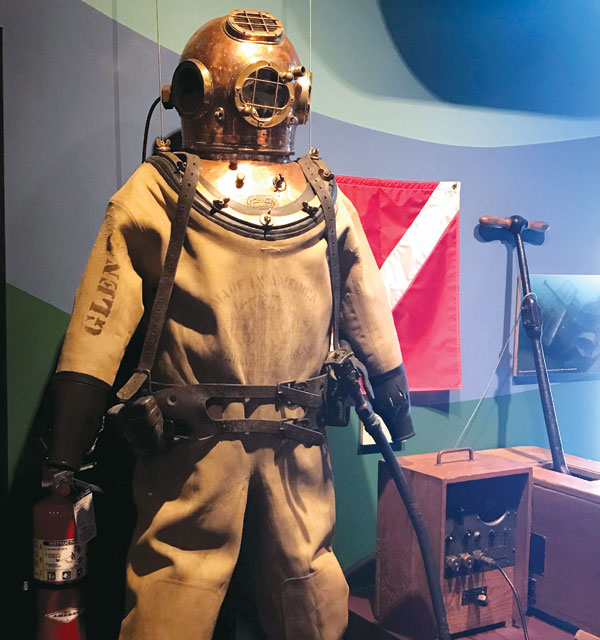 National Museum of the Great Lakes

From fishing tournaments to colorful sailboats to sand dunes, the Great Lakes are famous for their recreational opportunities. But, the significance of the five bodies of water extends beyond fun in the sun, according to Christopher Gilcrist, executive director of the National Museum of the Great Lakes.

“For the past 200 years, Ohio’s economy has been intertwined with Great Lakes shipping,” Gilcrist says. “The Great Lakes played a fundamental role in the development of this continent, the Industrial Revolution and, of course, Ohio.”

Located along the Maumee River at its current location since 2014, Toledo’s National Museum of the Great Lakes honors that legacy with more than 300 artifacts. Visitors intrigued with the mysterious 1975 sinking of the Edmund Fitzgerald on Lake Superior that claimed the entire crew of 29 men can see a life raft that was aboard the ship.

Lighthouse lovers will appreciate three original lenses from Great Lakes watchtowers. Also on display is the bell from the SS City of Erie, the sidewheeler steamboat that participated in a wildly popular race from Cleveland to Erie, Pennsylvania, in 1901 and won.

The Col. James M. Schoonmaker, a freighter that traversed the lakes from 1911 until 1980, is moored adjacent to the museum. Weather permitting, self-guided tours of the ship, which measures the length of two football fields, take place through Oct. 31.

Gilcrist adds that the ability to see these pieces of history truly brings the story of our inland seas home for those who visit the museum.