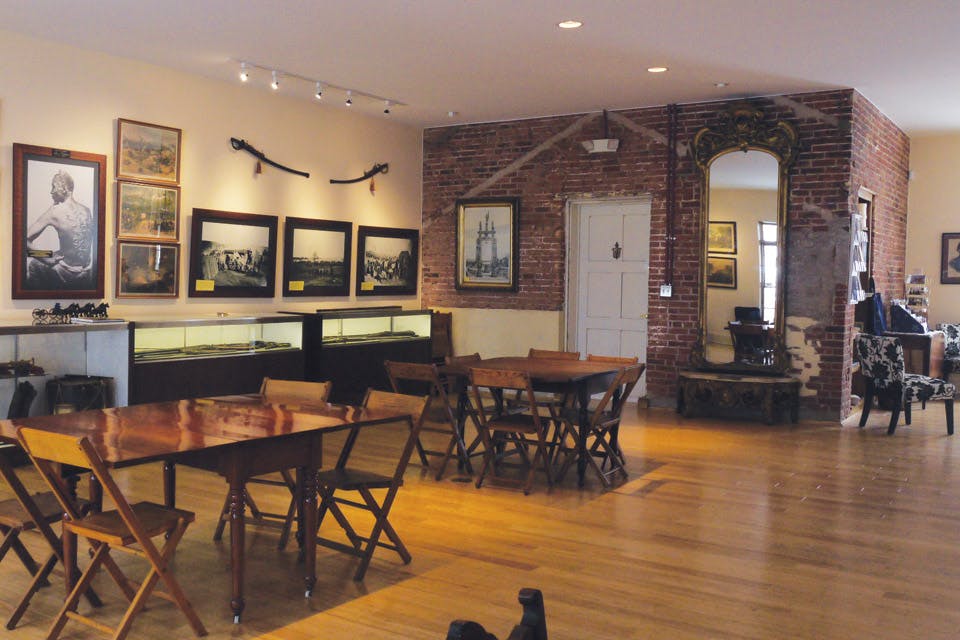 Ohio played a pivotal role in helping fugitive slaves escape to freedom as early as the 1810s, but the network of abolitionists that helped African-Americans reach Canada didn’t become known as the Underground Railroad until the 1830s.

Homes that harbored slaves were known as “stations” led by “conductors”
who helped travelers reach the next stop. This often involved moving discretely. The late Ohio historian Wilbur Siebert estimated that approximately 3,000 miles of Underground Railroad trails once existed in the state. Some of the stations have been preserved, ranging from small homes, such as the John Rankin House, to a safe haven in Oberlin, where former slaves could live, work and go to school.

1. John Rankin House: In 1829, minister John Rankin built a house overlooking the Ohio River where he helped 2,000 fugitive slaves. “We try to make people understand the choices that people had to make during that time,” says site manager Betty Campbell. “For slaves the choice was to run or not, and for abolitionists the choice was to aid runaway slaves or not.” Open May–October, call for offseason appointments; 6152 Rankin Hill Rd., Ripley 45167, 937/392-1627, ohiohistory.org

2. National Underground Railroad Freedom Center:  Located in downtown Cincinnati, this museum powerfully communicates the hardships African-Americans faced during slavery, while also highlighting modern human-trafficking issues. One of the most striking displays is a 1800s slave pen. “You’re walking into a piece of history that so many individuals have passed through,” says Jamie Glavic, the center’s director of marketing and communications. 50 E. Freedom Way, Cincinnati 45202, 513/333-7500, freedomcenter.org

3. Kelton House Museum & Garden: Fernando Cortez Kelton and his wife, Sophia, offered runaway slaves safe haven in their circa-1852 home. The property was restored and open to the public in 1979, and in 2002, the hiding spaces in their root cellar were rebuilt. “We had never been able to tell their story in such a dramatic way before,” says Georgeanne Reuter, executive director of the Kelton House. 586 E. Town St., Columbus 43215, 614/464-2022, keltonhouse.com

4. Oberlin Heritage Center: Progressive thinkers in the 1800s set the cornerstone for a community that has long been a leader in equal rights. “Oberlin was way ahead of the times in its ideals for African-Americans’ rights and rights for women,” says Liz Schultz, executive director at the Oberlin Heritage Center, which includes the historic Monroe and Jewett homes, as well as the Little Red Schoolhouse. Rather than hiding fugitives, the buildings were part of an abolitionist society, where former slaves could live, work and even go to school. 20 W. Vine St., Oberlin 44070, 440/774-1700, oberlinheritagecenter.org