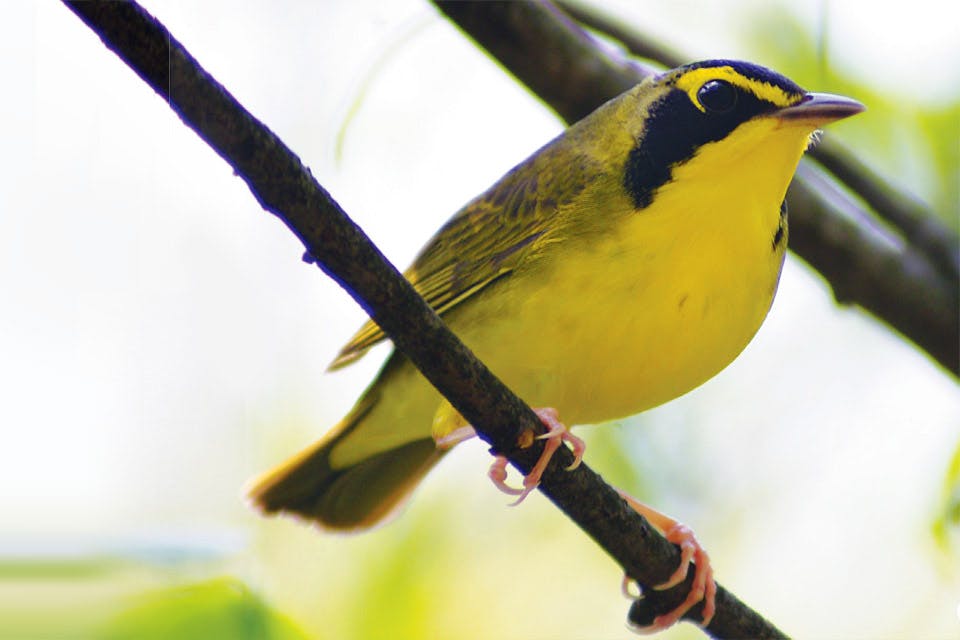 Embrace nature and add a few birds to your list at these spots.

Every spring, the Biggest Week in American Birding lands in northwest Ohio, attracting bird-watchers from across the country. Last year, 236 species of birds were spotted over the course of the 10-day event, including 36 species of warblers — a fitting count for a place that bills itself as the warbler capital of the world.

But northwest Ohio is just the first stop for those who want to give bird-watching a try. Our state’s geographic diversity and varying terrain make it an ideal destination for birders of all ages, from the Lake Erie shore to the Cuyahoga River Valley to the Edge of Appalachia in Ohio’s southwest corner.

1. Oak Openings Preserve Metropark: With more than 4,000 acres to explore, Oak Openings Preserve Metropark alternates between woodlands, wetlands and vegetated dunes in what is known as an oak savanna ecosystem. Heather Norris, manager of environmental education for the Metroparks of the Toledo Area, says the lark sparrow — a species normally found west of the Mississippi River — is one of the major birding draws. “We have probably 3,000 birders coming through every year looking for them.” 5440 Wilkins Rd., Whitehouse 43571, metroparkstoledo.com

2. Magee Marsh Wildlife Area: Situated along the Lake Erie shore, Magee Marsh has been a favorite for bird-watchers since 1951. Mark Shieldcastle, research director from the nearby Black Swamp Bird Observatory, suggests heading to the boardwalk for optimal bird-watching. “There will be lots of migration in early March — and it’s raptors and waterfowl for the most part,” he says. During the spring migration, birders have reported seeing more than 100 species of birds in a single day. “It’s almost a year-round destination for birding,” Shieldcastle says. Parking at Black Swamp Bird Observatory, 13551 St. Rte. 2, Oak Harbor 43449, bsbo.org

3. Cuyahoga Valley National Park: Ohio’s only national park has been drawing bird-watchers since its founding as a national recreation area in 1974. But efforts over the years to return portions of the river valley to its native state have resulted in more places for wildlife to thrive. Pamela Barnes, community engagement supervisor for Cuyahoga Valley National Park, suggests birders head to Beaver Marsh. “Because it is a wetland, it provides a lot of great places for migrating birds,” she says. “You can see waterfowl and tree swallows a lot of times.” Parking at Ira Trailhead, 3801 Riverview Rd., Peninsula 44264, 330/657-2752, nps.gov/cuva

4. Hocking Hills’ Ash Cave: More than 260 species of birds are spotted throughout Hocking Hills State Park annually. Park naturalist Pat Quackenbush suggests Ash Cave’s rim trail for an excellent view of canopy birds such as the black-throated green warbler and the wood thrush, which has a beautiful song. “They kind of echo through the gorge ... sounds like somebody playing a flute, so it’s pretty cool.” Quackenbush says. 26400 St. Rte. 56, South Bloomingville 43152, 740/385-6842, ohiostateparks.org

5. Edge of Appalachia Preserve System: With 20,000 acres to explore, a drive through this preserve is the best way to make the most of your visit. “There are too many species to pursue, occurring in too many habitats to visit on foot,” says preserve naturalist Richard McCarty. The vegetation surrounding Ohio Brush Creek makes it a great habitat for the summer tanager, Baltimore oriole and yellow-throated warbler. Parking at Eulett Center, 4274 Waggoner Riffle Rd., West Union 45693, 937/544-2880, nature.org