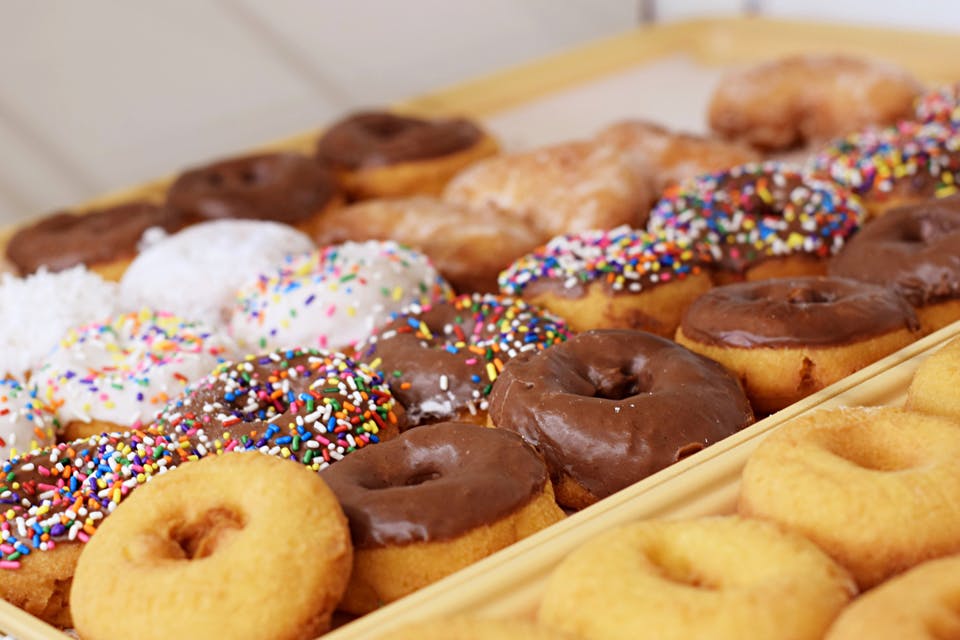 These seven stops and experiences in Butler County provide a great jumping-off point for a summer road trip to southwest Ohio.

May 2019
BY Sally Kershner | Photo courtesy of

May 2019
BY Sally Kershner | Photo courtesy of

For sweet thrill seekers and confectionery connoisseurs, nothing entices the taste buds quite like the Donut Trail Experience Tour. Guests get a flavor for what’s cooking as the excursion reveals what goes on behind the scenes at four Butler County doughnut shops,

“We wanted an interactive and educational experience,” says Cincy Brew Bus owner Mike Stokes, who partnered with the Butler County Visitors Bureau for the tour. He adds that guests get to watch the doughnut-making process and learn about each mom-and-pop shop’s history. “Guests will try doughnuts that are super fresh, with flavors ranging from maple bacon to Fruity Pebbles to cake doughnuts.”

Beginning at Holtman’s Donuts in West Chester, guests hop on the bus (with complimentary drinks and doughnut-themed trivia) to visit Jupiter Coffee & Donuts in Fairfield and Kelly’s Bakery in Hamilton before looping back to West Chester to see Stan the Donut Man. Each participant receives a Donut Trail mug that is exclusive to the tour and four stamps on the Butler County Donut Trail passport, offering a solid head start toward earning the Butler County Donut Trail T-shirt. 513/258-7909, cincybrewbus.com 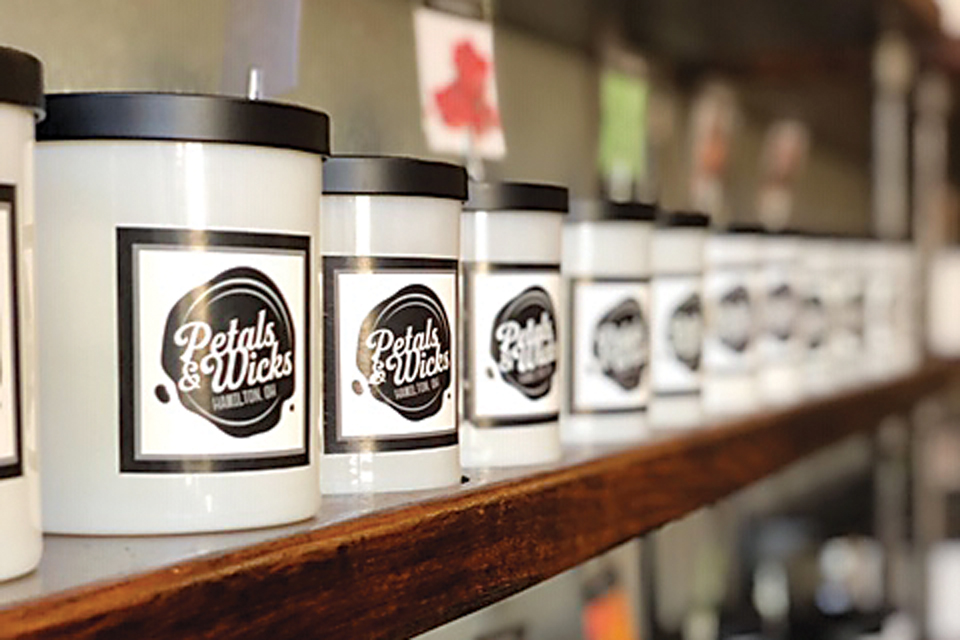 Instead of endlessly searching for the perfect scented candle, Petals & Wicks allows customers to craft their own soy-based creations at its candle bar in Hamilton. The DIY shop opened in 2016 after owners Mike and Sherry Hoskins created a candle without using traditional floral scents, inspiring the couple to include bacon, campfire and spiced rum among its list of 110 available fragrances.

“There is nothing like this shop in Butler County, and the community’s support is evidence of this,” says Sherry.

The store offers its own Petals & Wicks scents for all body and candle products, as well as a variety of private workshops that teach customers the processes behind paper flower crafts and homemade chalk paint. 119 Main St., Hamilton 45013, 513/316-2307, petalsandwickshamilton.com

Embracing the value of creativity, the Miami University Art Museum presents a newly installed exhibition of pieces submitted by students — regardless of their major — titled “Outside the Box.” The 30 works span drawing, painting sculpture, poetry, prints and photography and will be on exhibit through May 18 in the Douglass Gallery.

Also on display is a student-faculty collaboration, “More Than an Object: Engaging Broader Context of African Art.” The exhibition, focusing on the way African cultures create, use and perform art within their changing landscapes, runs through June 8 in the McKie Gallery. On display through June 8 in the Farmer Gallery, “40 at 40” allows art lovers to celebrate the museum with a show that spans the institution’s four decades of existence.

“The exhibition is more than just recognizing important pieces in our collection, it’s about showing the diversity and depth of our collections,” says curator of exhibitions Jason Shaiman. “We selected 40 pieces to represent 40 years of art.” 801 S. Patterson Ave., Oxford 45056, 513/529-2232, miamioh.edu/cca/art-museum 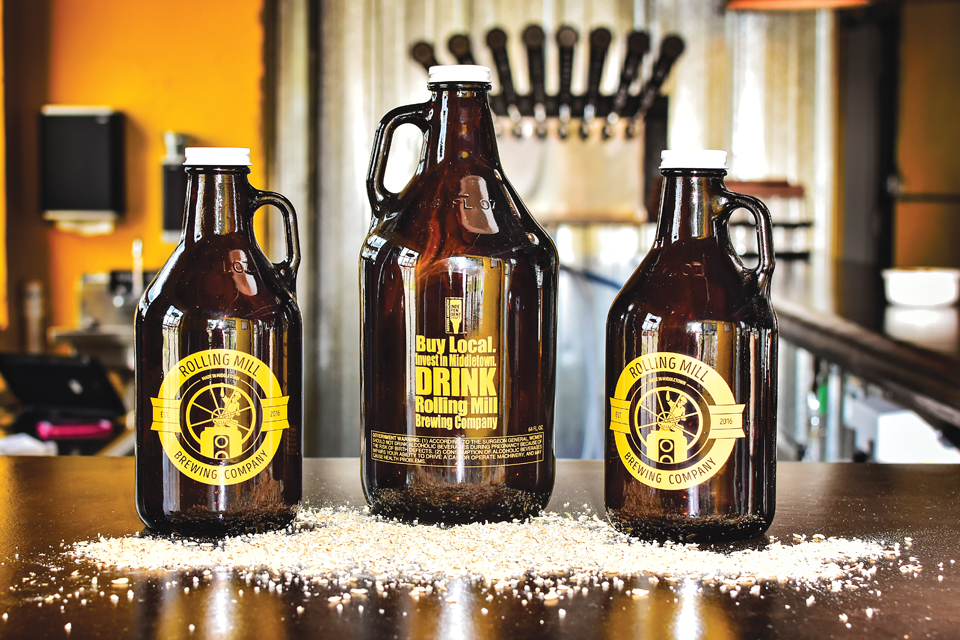 In 2011, after being diagnosed with celiac disease, craft-beer lover Josh Laubach started brewing at home. In 2016, he co-founded the only gluten-free brewery in the Buckeye State with his wife, Megan.

Located in Middletown, Rolling Mill Brewing Co. tweaks the traditions of craft brewing by using rice millet and buckwheat in its eight beer varieties. Crafting styles ranging from German-style pilsners and full-bodied stouts (like the 10-09 pilsner and Open Hearth stout) to wheatless German weiss and IPAs (like the raspberry-infused Middletonian weiss and Threes Chaos citrus IPA), the Laubachs have quickly established themselves in the brewing industry.

“We have a seven-barrel brewing system, two fermenters and a 15-barrel, and we offer a 10-percent discount to customers who bring in outside food,” Megan says. 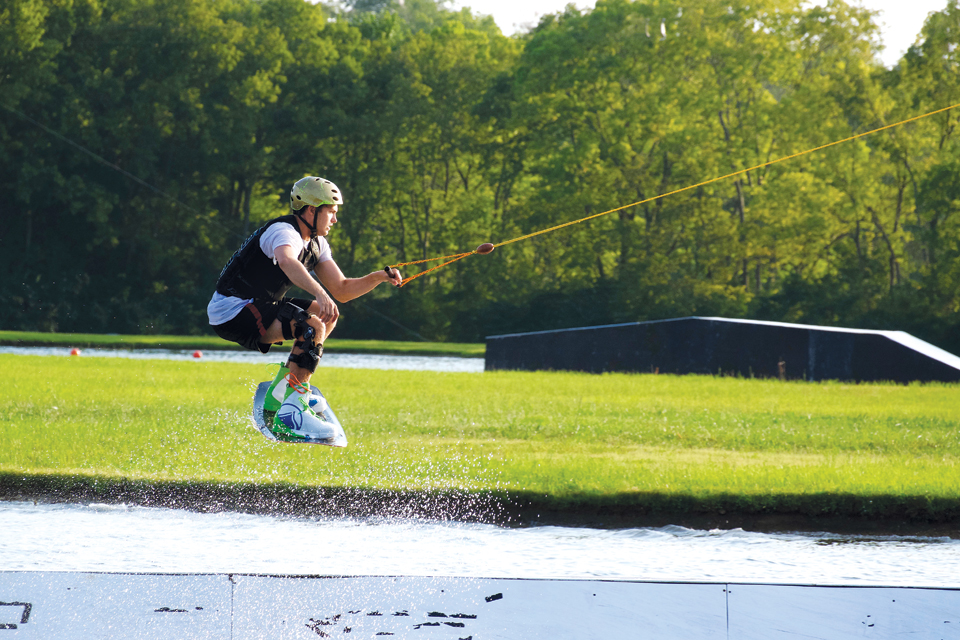 Don’t be afraid to get splashed at Wake Nation Cincinnati cable park because falling in the water is just as fun as riding across it. Wakeboarding comes alive at this sport-focused water park in Fairfield, where guests zip across the water by way of a pulley system and cables rather than being towed by a boat.

“Our business is about building confidence within people,” says owner Steve Jones. “It doesn’t matter what age they are, a lot of people are here to try new things, so we try to create an encouraging atmosphere for that.”

Wakeboarding lessons are a staple at Wake Nation since most of the guests who visit have never been exposed to the sport before. Visitors can also explore the aqua park, where super trampolines, waterslides and obstacle floaties are sure to help you make a splash. 201 Joe Nuxhall Way, Fairfield 45014, 513/887-9253, wakenationcincinnati.com

Growing up with a family of gardeners who visited her grandparents’ farm, it was only a matter of time before Kimberly Ceccoli embraced her botanical roots. A dual full-service florist and market, her KC Flower Farm in Olde West Chester sells fresh floral arrangements at its 1860s building.

“It’s a very charming little place. When people walk in they feel very comfortable and at home,” Ceccoli says of her store’s chalkboard walls and cozy couches. “My shop is a warm place to be. No one is in a hurry to leave once they arrive.”

From a flower bar that allows customers to buy per stem to private studio workshops that reveal the how-tos of making holiday centerpieces and bridal bouquets, Ceccoli incorporates flowers from her homegrown crops in Milford throughout the shop. The small bunches to larger arrangements sold here can include everything from traditional tulips to hyacinths, ranunculi, irises and other anemones. 8870 Cincinnati Dayton Rd., West Chester 45069, 513/755-2595, kcflowerfarm.com 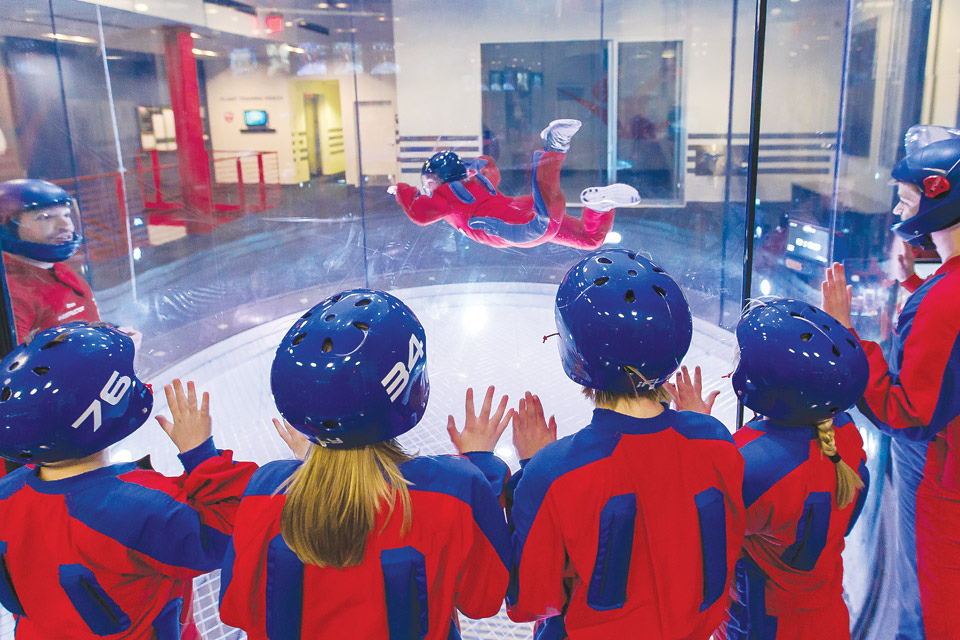 You don’t need a parachute to experience the sensation of leaping out of an airplane anymore. At Liberty Township’s iFly Indoor Skydiving, guests can soar through the air inside a giant wind tunnel. Following a class led by a professionally trained instructor who demonstrates the simple process of becoming a skilled flyer, it’s time to gear up. Each flight lasts about one minute within the wind tunnel, and even professional skydivers have been known to give iFly a try, seeing the experience as a learning opportunity.

“Everybody now is switching to experiential activities,” says K. Trevor Thompson, iFly Indoor Skydiving’s vice president of new tunnel openings. “People don’t want to be spectators, they want to do things that are a performance that heightens your experience. Indoor skydiving is really a sport, skill and more.” 7689 Warehouse Row, Liberty Township 45069, iflyworld.com