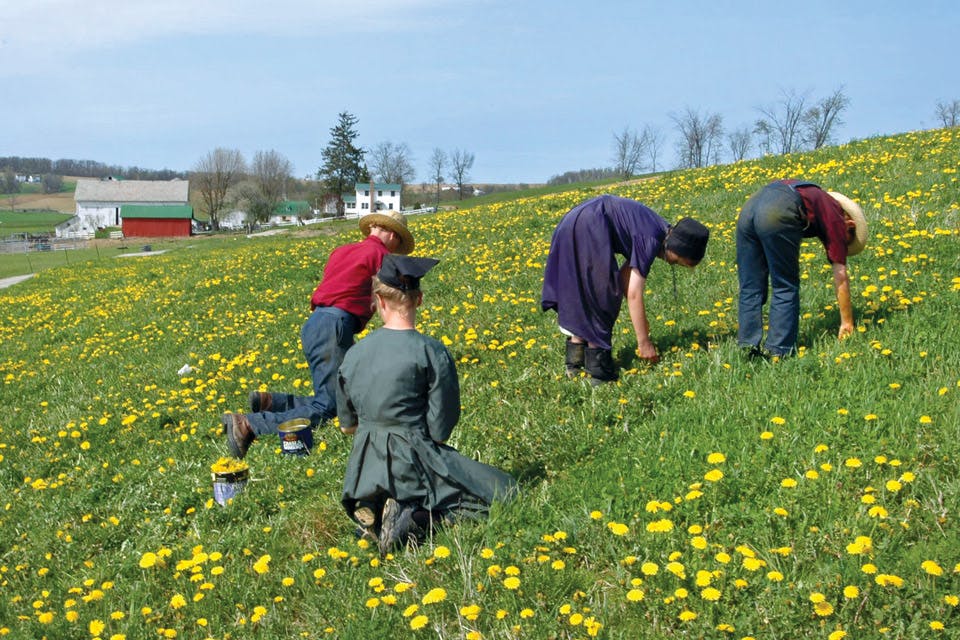 May 2016 Issue
BY Carolyn Pippin | Photo by Doyle Yoder

May 2016 Issue
BY Carolyn Pippin | Photo by Doyle Yoder

While most people dread the sight of dandelions each year, Breitenbach Wine Cellars in Dover eagerly awaits the yellow blossoms every spring. This month, the 23rd annual Dandelion Festival once again celebrates the plant that has been part of the Breitenbach story ever since the winery incorporated the flower into one of its original wines 36 years ago. Sisters and event coordinators, Anita Davis and Jennifer Kohler, organize the weekend, which is filled with arts and crafts, live entertainment and plenty of dandelion-infused foods. “We have it in May because that’s right when the dandelions first come out,” says Davis. “It’s the best time to eat [them].”

Eat: Look for dandelion sausage, dandelion ice cream, dandelion pizza and, of course, dandelion salad. On Saturday, local chefs do cooking demonstrations of foods featuring the flowers. “[People] can watch how it’s done, and then they get a sample of the food after,” says Davis. What to try first? Go for the mashed potatoes served with dandelion gravy over top. The favorite tends to sell out early every year.

Drink: Hundreds of gallons of dandelion sangria are sold each year. The drink is made with Breitenbach’s popular Roadhouse Red, orange juice, pineapple juice and dandelion wine. “We were just experimenting with some recipes and came up with that,” Davis says of the dandelion wine, adding that it’s based on her great-grandmother’s recipe. Dandelion blossoms are steeped in a tank of hot water for about a week, which results in a tea. “We strain the dandelions out ... ferment the tea, and then add some citrus and honey to it,” Davis says.

Play: On Saturday, a dandelion-picking contest is held for the kids in attendance. “They have a scavenger hunt where they find the largest dandelion, the dandelion with the longest stem and the smallest dandelion, and they get prizes,” says Davis. Afterward, the kids pick dandelions to make their own jelly, which is produced by boiling the blossoms with pectin and sugar. “Then they put them in little jars and take their jelly home with them,” Davis adds.