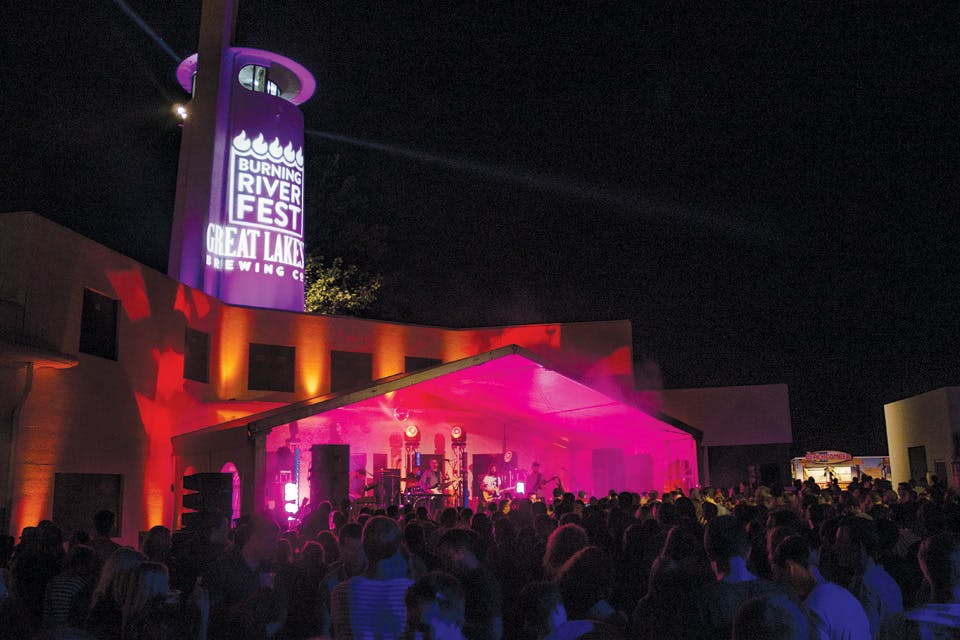 Half a century after the city of Cleveland’s now-famous river fire made national news, this organization celebrates the environmentally minded thinking the blaze ignited.

May 2019
BY Kelly Powell | Photo by Michael Stanis

May 2019
BY Kelly Powell | Photo by Michael Stanis

The truth is the Cuyahoga River went up in flames more than once due to industrial pollution, but it was a blaze on June 22, 1969, (and a photograph of an earlier fire published a month later in Time magazine) that caught the nation’s attention. The years of cleanup that followed have made the Cuyahoga River an environmental comeback story. This summer’s Cuyahoga50 features nearly four dozen fun and educational events leading up to a weekend of festivities that focus on the progress that has been made.

Burning River Fest: June 21–22: This two-night waterfront event annually hosted by Great Lakes Brewing Co. serves up local music, food trucks and beer, including a special summer release of the brewery’s popular Christmas Ale. Proceeds from the event support the restoration of Cleveland’s freshwater resources. “It’s a giant party for water,” says Matt Gray, chief of sustainability for the city of Cleveland. “You’re on this narrow strip out into the lake, basically, and the bands and activities are out there in this amazing setting for an event.” Historic Cleveland Coast Guard Station, 1000 Cuyahoga River Rd., Cleveland 44113, burningriverfest.org

4 Miles 4 Water: June 22: Featuring a 4-mile race and a 1-mile walk, this festival is both educational and recreational. The length of the race course encourages participants to travel the average distance it takes people in some parts of the world to get water. “Hang out a little bit, eat down there, maybe have a beer and just enjoy being down by the river,” says Erin Huber Rosen, executive director and founder of Drink Local Drink Tap. Nautica Entertainment Complex, 1231 Main Ave., Cleveland 44113, 440/381-6430, drinklocaldrinktap.org