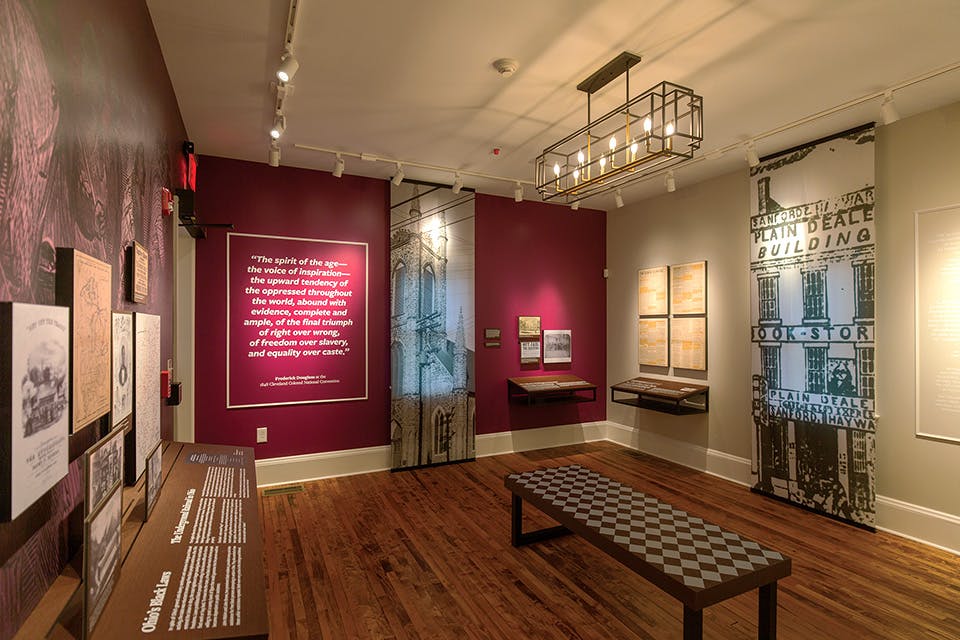 The Cozad-Bates House Interpretive Center tells the story of Cleveland’s abolitionist history and those who helped freedom seekers along the Underground Railroad.

Dating back to 1853, the Cozad-Bates House stands as the last remaining pre-Civil War home in Cleveland’s University Circle neighborhood. In September, the restored home opened to the public to teach visitors about the city’s history of antislavery activism and its role as part of the Underground Railroad.

Andrew Cozad, whose family settled in the area in the early 19th century, built the home for his son, Justus. The Cozads and a neighboring family, the Fords, as well as other locals helped guide formerly enslaved people on their journey to freedom in Canada. The code name for Cleveland along the Underground Railroad was “Hope.”

“We don’t know for sure if the house was a stop on the Underground Railroad,” says Elise Yablonsky, planning director at University Circle Inc., which owns the home, “but it is the last remaining fabric from that time period, and some Cozad family members, as well as families around the Cozads, were antislavery activists. We wanted to dedicate space to bringing light to this story.”

The home served as a boarding house in the early 1900s and remained one for years before falling into disrepair. In 2006, the home’s owner, University Hospitals, donated it to University Circle Inc., which led a $2 million effort to protect and adapt the property for reuse. It included opening the historic portions of the home and the front lawn to the public as an interpretive center, with help from partners Restore Cleveland Hope and Western Reserve Historical Society.

The exhibition presented inside, “Finding Hope: Cleveland and the Underground Railroad at the Cozad-Bates House,” details who the Cozads and Fords were, how Cleveland abolitionists and local courts responded to runaway slaves and much more. The home’s front lawn is filled with educational touches. Medicinal and edible plants in the landscaping reflect the hope that land could provide freedom seekers, while the sidewalk features insightful quotes and the constellations the Big Dipper and the Little Dipper. The latter contains the North Star, which served as a guide in the night sky for those escaping slavery.

“The center shares a history that is too little known in Cleveland,” Yablonsky says. “[It] celebrates and honors freedom seekers in what was once East Cleveland Township.”