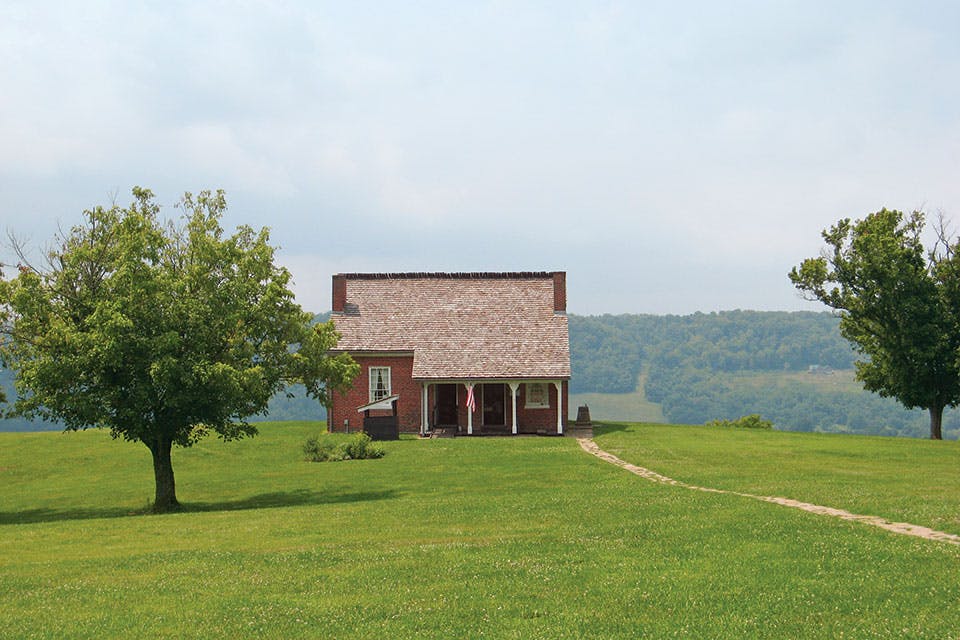 Ohio’s Underground Railroad and abolitionist sites are rich with history.

Coming for to carry me home …

I looked over Jordan, and what did I see? …

A band of angels coming after me ...


Historian and author Velma Maia Thomas notes that southern slaves would often sing the American spiritual “Swing Low, Sweet Chariot” when planning an escape from the plantations that held them. While its lyrical references are biblical on the surface, the song also served as a code

Thomas notes that the “chariot” symbolized the Underground Railroad and the “band of angels” its conductors. “Jordan” was a metaphor for the Ohio River, while “heavenly bound” referenced the journey north toward freedom.

Thousands of runaway slaves passed through Ohio as part of the Underground Railroad movement, and these four historic properties are just a glimpse into the significant role that our state and many who lived here played in that cause.

Resting high on a hillside overlooking the Ohio River, this residence is one of the better-known stations along the Underground Railroad. Approximately 150 wooden steps once carried runaway slaves from the edge of the Ohio River to the Rev. John Rankin’s home. An anti-slavery proponent, Rankin hid runaway slaves in his barn, which had a secret door hidden in its floor, and he confidentially recounted tales of what he witnessed to his friend and fellow Presbyterian, the Rev. Lyman Beecher, and his daughter, Harriet. Once, he recounted the story of a slave woman who had made a nighttime escape across the frozen but thawing Ohio River with her child in tow. “She had several episodes where she fell into the water, but would climb back up, her baby in her arms,” says Betty Campbell, site manager at the Rankin House. The story stuck with Harriet Beecher Stowe and eventually made its way into Uncle Tom’s Cabin as the harrowing tale of Eliza crossing a frozen Ohio River. Today, Rankin’s home looks much as it did during the time he lived there, with personal artifacts and the family Bible on display. Adults $4, students $2; Wed.–Sat. 10 a.m.–5 p.m., Sun. noon–5 p.m. May–Oct.; 6152 Rankin Hill Rd., Ripley 45167, 937/392-1627 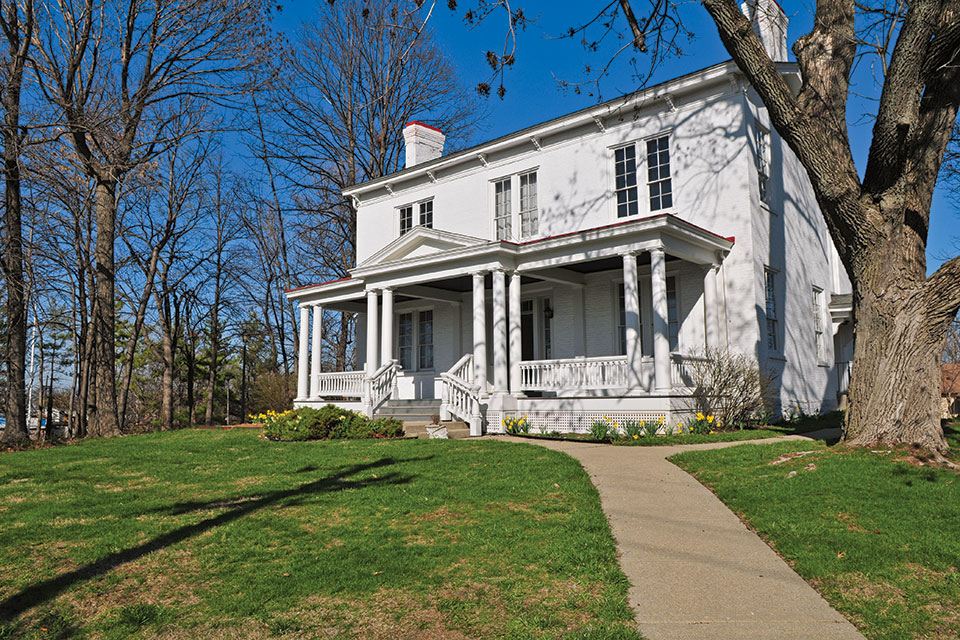 “So you’re the little woman who wrote the book that started this great war,” are the words President Abraham Lincoln reportedly welcomed author Harriet Beecher Stowe to Washington D.C. with on Nov. 25, 1862. The Civil War was well underway at the time, and Lincoln was referencing Stowe’s Uncle Tom’s Cabin — first published as a series in the abolitionist newspaper The National Era. Her writing personalized the depravities of slavery and went on to become the best-selling book in 19th-century America, behind the Bible. In the years prior to her marriage to Calvin Ellis Stowe, the author lived in this Victorian homestead with her father, the president of Lane Theological Seminary, and a large family of brothers and sisters. She later gave birth there. “Harriet had her twins in this house,” says Mary Zins, a volunteer with the Harriet Beecher Stowe House. “They were her first two children; she named them Harriet and Eliza.” It was during her time in Cincinnati that Stowe befriended Gamaliel Bailey, the future editor of The National Era. Free; Wed., Thur. & Sat. 10 a.m.–1 p.m. May 1­–Labor Day, Thur. & Sat. 10 a.m.–1 p.m. Feb. 1–April 30 & Labor Day–Nov. 30; 2950 Gilbert Ave., Cincinnati 45206, 513/751-0651, stowehousecincy.org

Fire blazed and an angry mob swarmed as the Ohio Anti-Slavery Society held its first state convention at the Stone Academy in April 1835. Four years later, hell broke loose once again as the society held its second convention on May 29, 1839. This time, however, the abolitionists were ready, facing down the enraged pro-slavery mob as they entered town. “The Stone Academy may very well be one of the few remaining buildings in the country that housed large abolitionist meetings,” says Jim Geyer, director of museums for the Pioneer & Historical Society of Muskingum County. “[Because it was] originally designed to serve as the statehouse in a failed bid to become Ohio’s second capital city, it contained a meeting room with a capacity upwards of 200.” The Stone Academy is one of four Putnam historic district buildings recognized by the National Park Service, along with the George Guthrie House, the A.A. Guthrie House and the Putnam Presbyterian Church. William Beecher, brother to Harriet Beecher Stowe, became the first pastor of Putnam Presbyterian Church upon its establishment in 1835, and famed abolitionist Frederick Douglass reportedly spoke there in both 1850 and 1852. The Stone Academy is now a museum open Wed.–Sun. 1–4 p.m. Call 740/ 454–9500 for more information. Tours of the Putnam Presbyterian Church are available by calling 800/743-2303. For information about district walking tours, go to muskingumhistory.org

“Mother Hubbard’s Cupboard,” as many on the Underground Railroad referred to the William Hubbard House, was often the last stop for runaway slaves before reaching Canada. The home was owned by New Yorker William Hubbard, who had been sent to what later became Ohio by his uncle and Connecticut Land Co. co-founder Nehemiah Hubbard to secure buyers for roughly 58,000 acres of land. It was here that William and his wife Catherine became staunch abolitionists. “They hid runaway slaves in the basement and across the street in the barn,” says Donna Cooper, a docent for the Hubbard House. “They also hid slaves in the Old Yellow Warehouse of Hubbard & Co., among the lumber, about a quarter mile down the road.” “The Great Emporium,” another of the Hubbard house nicknames, aided countless fugitive slaves on their journey north, but the home was nearly lost to disrepair. In 1979, the residence was to be demolished until William and Catherine’s descendant Thomas Huntington Hubbard forged an agreement in which the city of Ashtabula would take over the property so it could be restored. The home now looks much as it did in the 1840s with period and antique pieces. $5, seniors $4, children 6–16 $3; Fri.–Sun. 1–5 p.m. Memorial Day–Labor Day; corner of Walnut Boulevard and Lake Avenue, Ashtabula 44005, 440/964-8168, hubbardhouseugrrmuseum.org