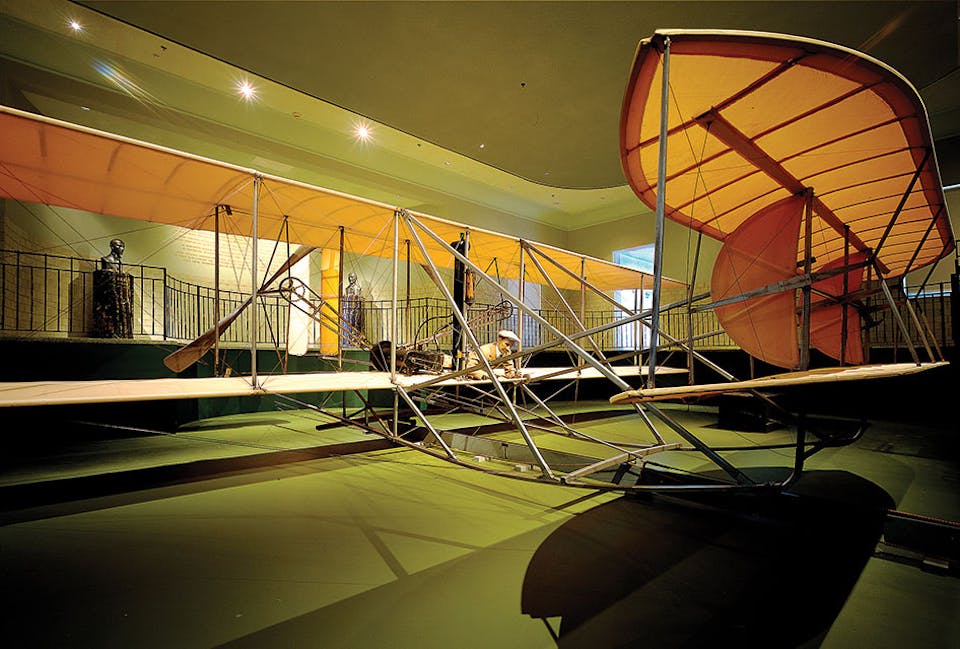 Dayton’s long history as a cradle of innovation comes alive at these historic spots.

A brick medallion on the corner of Main Street and Monument Avenue in downtown Dayton hails the city as the “Innovation Capital of the World.” The 8-by-8-inch marker is set approximately 15 blocks from where Wilbur and Orville Wright worked on the world’s first airplane and roughly two miles from where John H. Patterson founded his pioneering National Cash Register Co.

What many people don’t realize is that Dayton has historically had more patents per capita than any other city in the United States. Along with big-name inventions such as the airplane, cash register and automobile self-starter, the Gem City was also the birthplace of many other big ideas that have become so commonplace in our lives it would be nearly unthinkable to live without them, including the pop-top, the stepladder, the ice cream cone and air conditioning.

A walk along the Dayton Inventors River Walk at Five Rivers MetroParks introduces visitors to seven of these creations by way of invention stations, while more bricks installed along Monument and Patterson avenues provide an overview of other ideas born in Dayton, ranging from the artificial heart to digital watches to ink-jet printers.

Walk have affected world history, such as Joe Desch, who cracked the German ‘Enigma’ code and put the Allies on course for victory in World War II.”
The walk is a good starting point for visitors hoping to get in the spirit of Dayton’s history of innovation. For those hoping to learn more about some of the city’s revolutionary thinkers, a trio of historic spots makes for a great day of discovery. 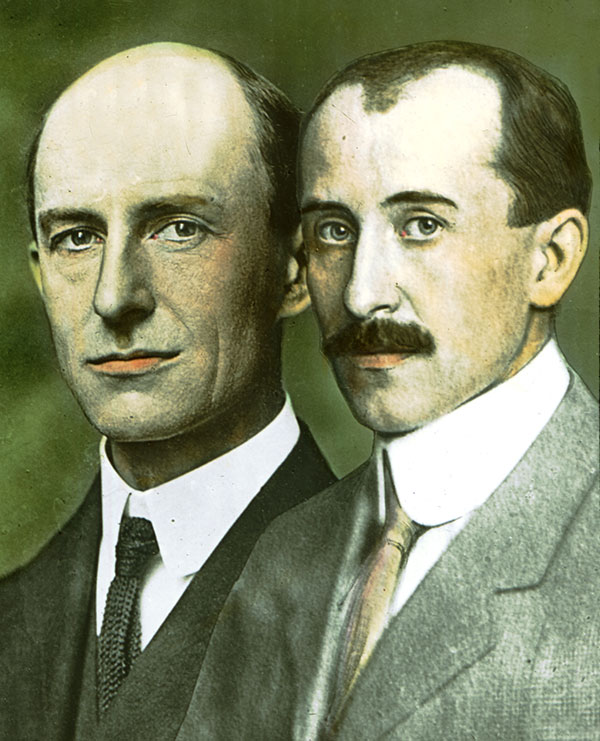 Learn about Wilbur and Orville Wright at Hawthorn Hill.

Wilbur Wright once wrote, “If I were giving a young man advice as to how he might succeed in life, I would say to him, ‘Pick out a good father and mother, and begin life in Ohio.’ ” That 1910 quote, which is displayed at the Wright brothers exhibit at the Smithsonian National Air and Space Museum in Washington D.C., reflects the role Dayton had on Wilbur and his brother Orville during their formative years.

The brothers’ first collaboration was a printing business that they founded in 1889, publishing The Dayton Tattler for Orville’s friend and high school classmate Paul Laurence Dunbar, who went on to become the first African-American to gain national renown as a poet. But by 1892, the Wrights had traded printing for their first bicycle shop. The Wright Cycle Co., along with the Wright family home at 7 Hawthorn St., soon became the backdrop for the birth of aviation.

The brothers sewed wings in the living room of the family home. In their Third Street bicycle shop they built their own wind tunnel and tackled the challenges of lift, drag, propellers and more.

“At the dawn of the 20th century, Dayton, Ohio, was a burgeoning city of industry and was known as the ‘city of a thousand factories,’ ” explains Dayton History director of education and museum operations Alex Heckman. “The success of giant firms like the National Cash Register Co. bred the success of numerous other firms. Dayton was literally filled with innovative thinkers and innovative companies.”

Visit History: The 1905 Wright Flyer III at Carillon Historical Park is a must-see artifact, but those who want to get a close-up look at the lives of Wilbur and Orville Wright should also opt for a tour of Hawthorn Hill. The home is a testament to the brothers’ achievements in the form of a 6,200-square-foot mansion, where Orville lived from 1914 to 1948. “Dozens of pieces of Orville Wright’s furniture have recently been returned to the house from being in storage for 60 years,” says Heckman. “Guests can view Orville’s library, filled with hundreds of his books, and walk through bedrooms and bathrooms filled with original fixtures and other elements.” 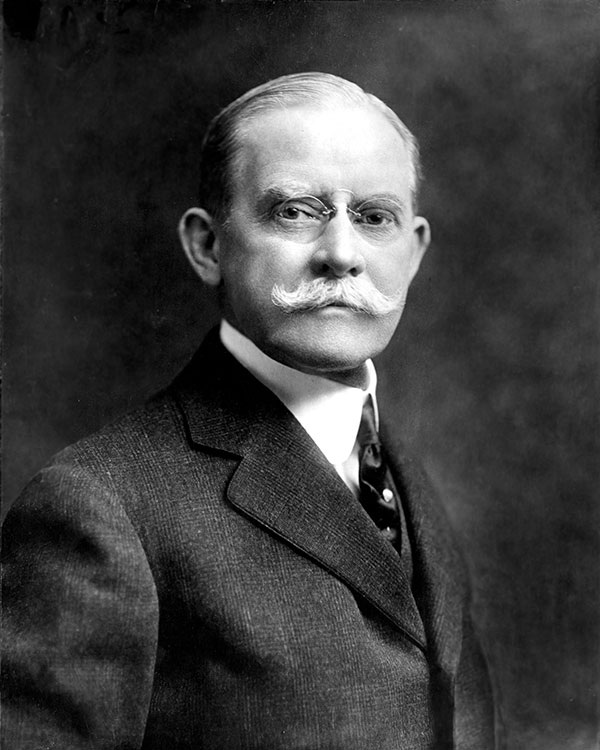 
John Henry Patterson was not so much an inventor, as a business innovator. His founding of National Cash Register Co. in 1884 would go on to change the landscape of corporate America as a whole. It is estimated that by 1930, one-sixth of all U.S. corporate executives had been an executive at “The Cash,” as it was informally known, or had taken part in Patterson’s management-training programs.

Although Dayton’s James Ritty invented the first cash register in 1879, Patterson acquired the patent and pitched the invention as a means to enhance fraud protection. The rationale was simple: Business owners could read receipts to ensure cashiers did not steal.

Thomas Watson Sr. was one of Patterson’s most successful employees. Although Patterson famously fired him, Watson took the lessons he learned at National Cash Register and became chairman and CEO of IBM (initially named CTR) from 1914 to 1956.

While Patterson was known for eccentricities, he also took great measure to care for his workers. In an age of sweatshop labor, he built the first “daylight factory” with floor-to-ceiling windows, and hired famous landscape architects John Charles Olmsted and Frederick Law Olmsted Jr. to beautify NCR’s grounds.

“John H. Patterson is revolutionary not just for his marketing and business strategies, but also for his treatment of his employees,” says Patterson Homestead program manager Katie Nowack. “Patterson believed that a healthy, happy worker would be a productive one and would lead to a more profitable market. By instituting a [medical center] on campus, a library, daily calisthenics, and even the suggestion box, he really invested in his workforce to create a solid product.”

Visit History:
John H. Patterson spent his early life among a hardworking family. Built in 1816, the Patterson Family Homestead is a historic home that offers tours and serves as a museum that interprets Patterson’s life and his impact on Dayton’s history of innovation. “Today, we provide tours of the home and connect visitors to the Patterson legacy by incorporating photographs … cash registers and primary source material such as family letters,” explains Nowack. “We host Victorian Afternoon Tea programs to interpret life on a Victorian homestead and connect the Pattersons into the national narrative.”

At the time of his death in 1958, Charles Franklin Kettering possessed 140 patents and was responsible for more major inventions than any American except Thomas Edison. He graced the cover of Time magazine on Jan. 9, 1933. Among his most famous inventions are the electric self-starter, leaded gasoline and Freon. Industrialist Edward A. Deeds first hired Kettering to work in the inventions department of National Cash Register. Here, he invented the world’s first electronic cash register.

But Kettering’s biggest ideas came by way of his work on the automobile. It was an unreliable and dangerous form of transportation at the time, and both Kettering and Deeds believed it could be made more dependable. Deeds had the notion to transform his carriage house into a workshop to work on replacing the perilous iron hand cranks used on automobiles with an electric starter. 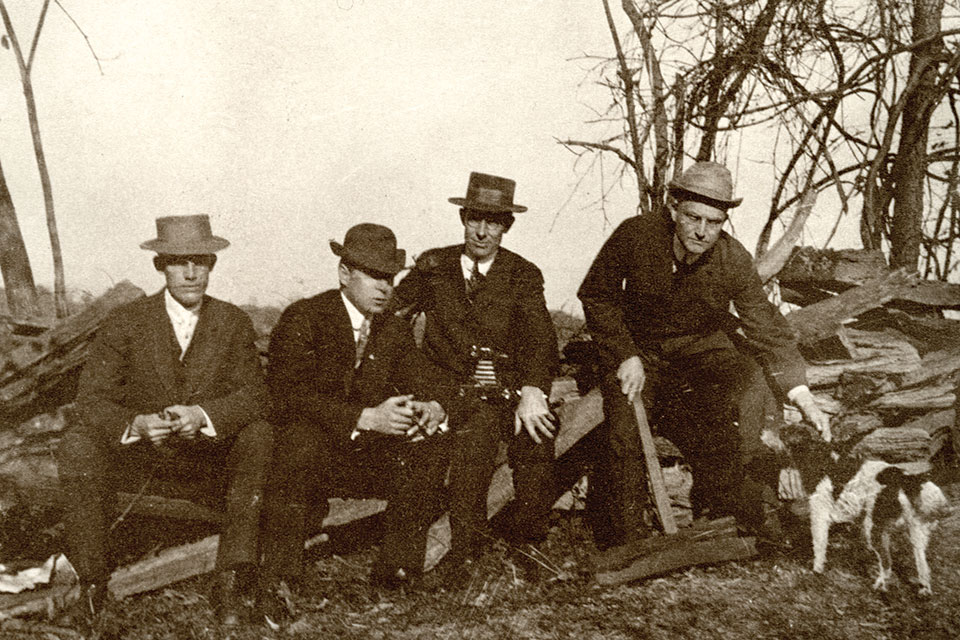 “The Barn Gang” created the electric starter in Edward A. Deeds’ Barn.


Kettering led a group of engineers, dubbed “The Barn Gang,” who moonlighted in the Deeds’ carriage house after long days at NCR, working up to 36 consecutive hours in a stretch. They eventually sold their design to Cadillac founder Henry Leland and transformed transportation.

“Dayton had the right combination of technical talent and entrepreneurship that made it like today’s Silicon Valley,” says John Bosch, member and former president of the Engineers Club of Dayton. “Dayton vigorously pursued the technology associated with electricity just like Silicon Valley has been the center of the digital revolution.” 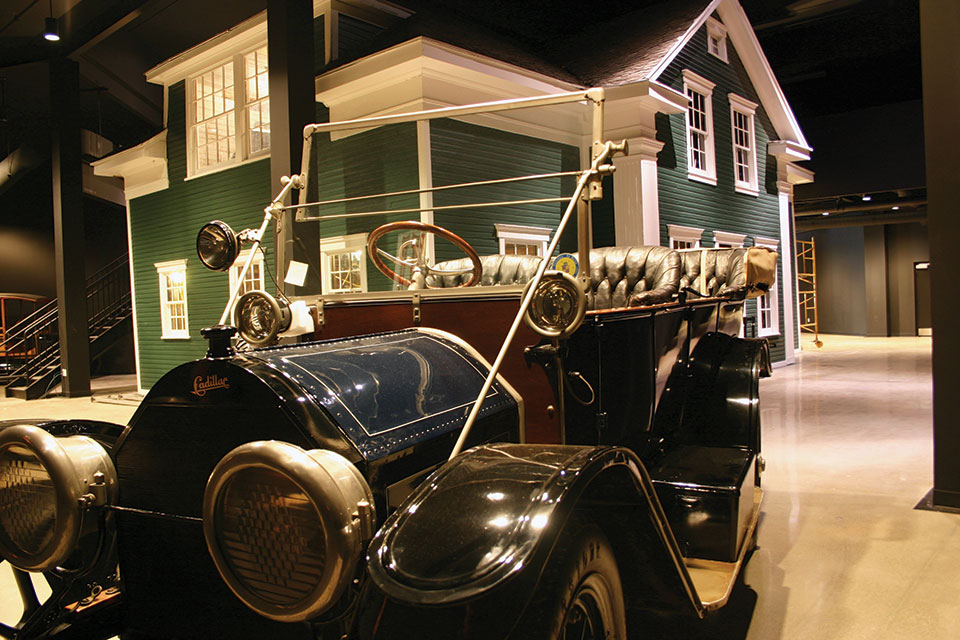 
Visit History: Carillon Historical Park highlights Kettering in their “We Progress Through Change” animatronic, multimedia theater presentation. The attraction also features extensive exhibits in the original Deeds Barn. “A beautiful, original, 1912 Cadillac is featured in the space,” says Dayton History’s Alex Heckman. “The 1912 Cadillac was the first car which could be purchased anywhere in America that had Kettering’s electric ignition, electric self-starter and electric-lighting system. Charles Franklin Kettering’s legacy is one that continues to have meaning and impact today in the 21st century.”