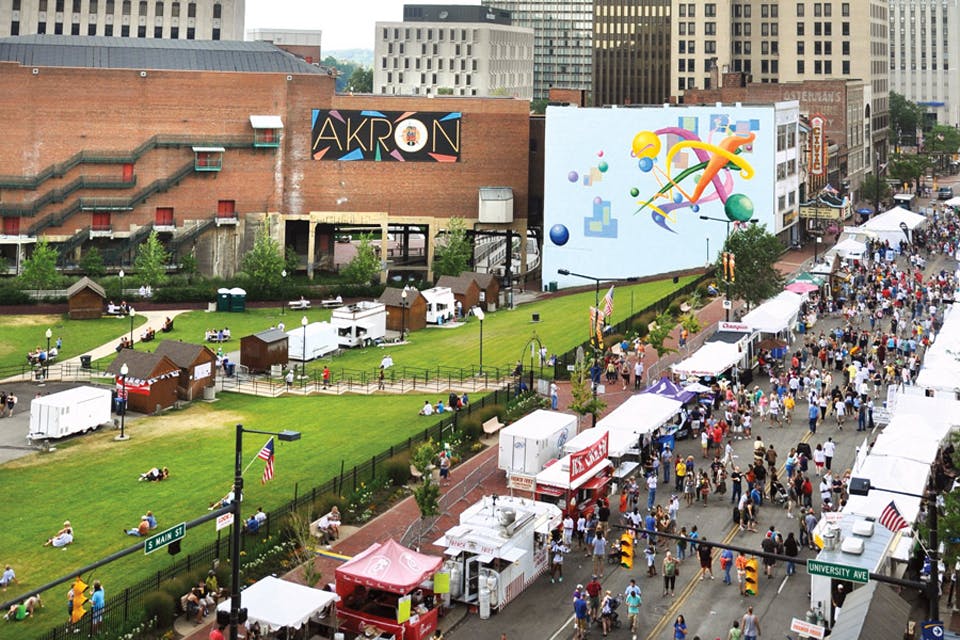 Get a taste of summer at these five Akron-area food-and-drink fests.

Carnivores, mark your calendars. Eleven “Barons of the Barbecue” from across the nation face off at this annual downtown Akron rib competition that hands out awards for best ribs, best sauce and best sides. Festival favorite Carolina Rib King has claimed the “best ribs” crown a total of five times and will return to Lock 3 Park again this year.

“I guess it’s the combination of taste and tenderness that sets me apart from everybody,” says Carolina Rib King’s Solomon Williams. “I’ve got what they’re looking for I guess, ’cause it works.”

The festival has food options for those who want to chow down on something other than the festival’s namesake attraction, with vendors peddling pierogies, french fries, funnel cakes and more.

The flavors and traditions of Italy set up shop at Lock 3 Park for a belly-busting blast of culture. Five local Italian chefs compete to see who makes the best pasta e fagioli (a traditional pasta dish made with beans), while festival guests cast votes for their favorite. Visitors can also opt for meatballs, sausages, pizza, cannoli or traditional Italian cookies.

“[People] come down here because of the entertainment and the food, and that’s got a lot to do with them learning about the culture,” says Vince Murdocco, president of the Italian-American Council of Summit County.

Organized by the Italian-American Council, the festival offers the chance to learn how to make wine with a demonstration by Label Peelers Beer & Wine Making Supplies. Those already skilled can enter the homemade wine contest. Of course, the festival will also cater to those who simply want to enjoy a glass. 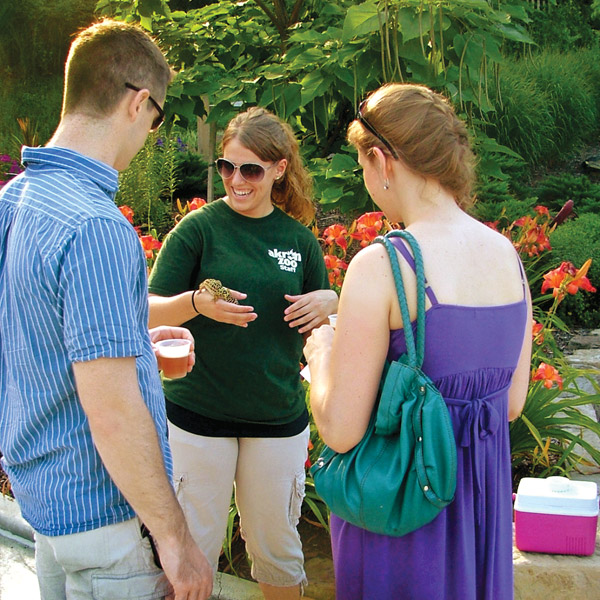 Beer and wild animals don’t usually mix, but the Akron Zoo strays from the pack with its annual craft beer celebration. Guests can sample a variety of brews from Ohio and beyond during an event that has grown to 11 breweries since 2009. “The response [has been] phenomenal,” says Machelle Syx, the zoo’s special events manager.

Patrons receive a tasting card, souvenir glass and giveaways that match the party’s theme. This year, Brew at the Zoo marks Christmas in July. Brewers will treat the crowd to holiday favorites, but the good cheer won’t stop there.

Guests can buy full beers, and two food trucks will roll in for the event (complimentary appetizers courtesy of Max & Erma’s will be available as well). 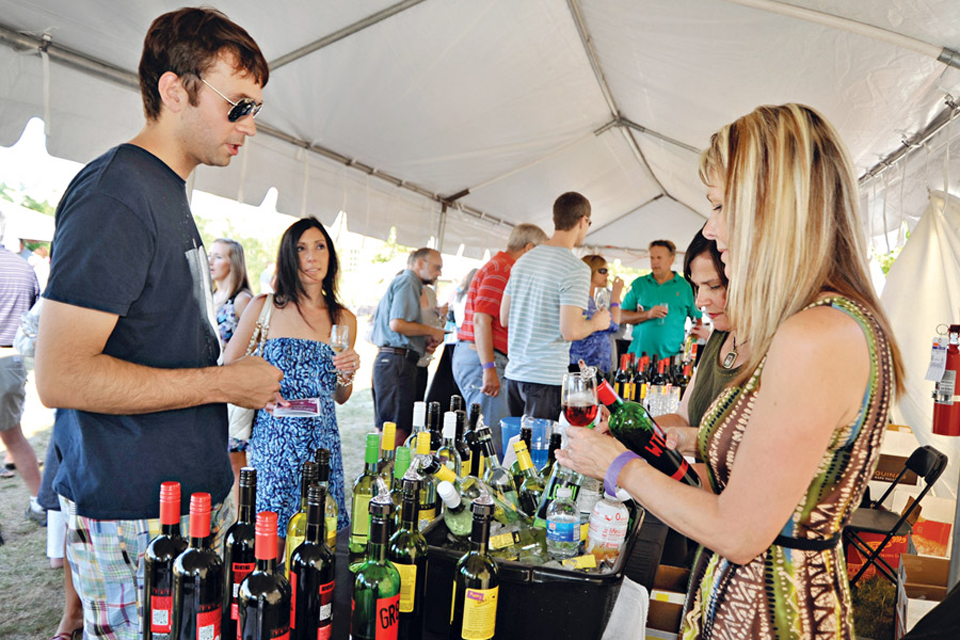 Wine for a Cause
Hudson Wine Festival | July 18–19

From wine-bottle art to Ohio grapes, the Hudson Wine Festival is a celebration of the vine. Taking place at Hudson’s First & Main shopping district, guests can sample from more than 150 wines.

“We’ve got everything from local Ohio wines to international,” says Debra Sherman, owner of Connecting for a Cause, which is staging the event.

The festival has expanded into craft beers and hard ciders, too. A hard-cider producer from New York will even press apples on-site, and vendors and artists will sell hand-painted wine glasses and racks made from reclaimed wood.

Because all proceeds from the event benefit animal welfare, guests will also get the chance to meet a new best friend. 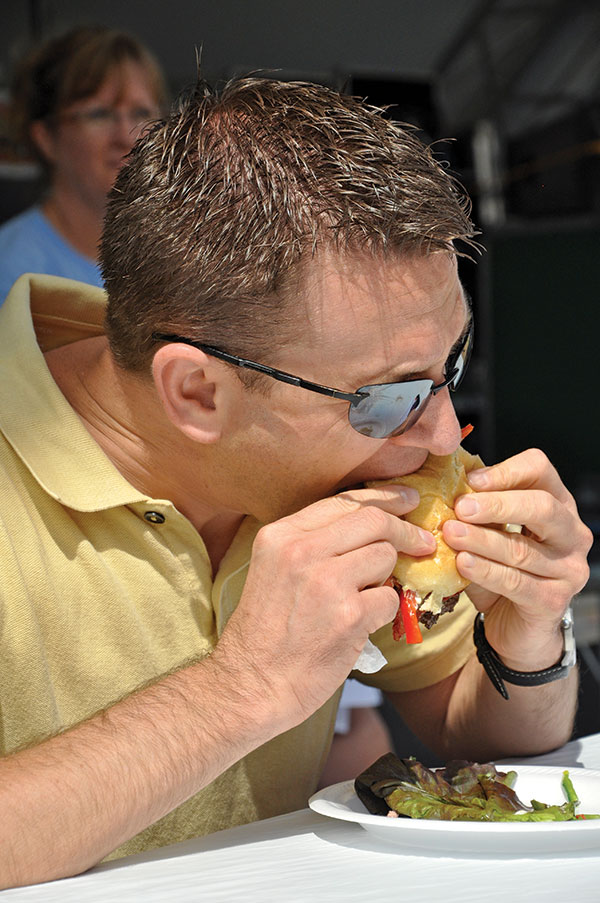 The National Hamburger Festival offers a place to mingle and dig in to some carnivore-friendly creations.

As the disputed birthplace of the burger, Akron celebrates its claim to the creation during its annual National Hamburger Festival. Not everyone agrees with Frank and Charles Menches’ assertion that they first devised the idea of ground beef in a bun in 1885, but festival founder Drew Cerza certainly does.

“There’s a hamburger joint on every corner,” he says. “[Akron is] definitely the mecca of burgers.”

Each year, more than 20 burger spots face off at Lock 3 Park, where titles are awarded for the best traditional takes and most creative versions. Last year, Green Machine Food Truck took third place for both best creative burger and best traditional burger.

The hamburger is also celebrated in other ways throughout the weekend, with an amateur hamburger-eating contest, bobbing for burgers and a Hamburger Festival Queen Pageant (all on Aug. 9), as well as a baby burger pageant (Aug. 10). $5, kids under 8 free; Sat. noon–11 p.m., Sun. noon–7 p.m.; South Main Street at Lock 3 Park, Akron 44334, hamburgerfestival.com