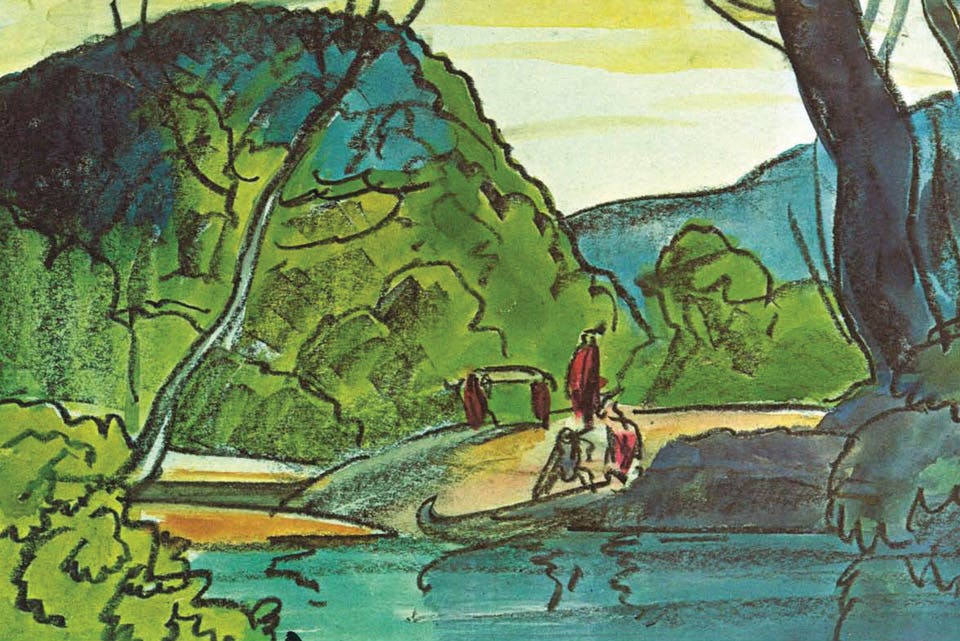 Before it was the Ohio territory, the land we now call ours was the homeland of American Indian tribes such as the Shawnee, Delaware and Ottawa. Although housing, farming and roads have erased most of the paths they traveled, Frank Wilcox’s classic Ohio Indian Trails feeds our ongoing fascination with what European traders found here during the late 1700s.

“Ohio was the first real frontier of the new United States,” says historian Richard Grimes, who wrote the introduction to the book’s recently released third edition. “Previously, western and mid-Pennsylvania was the frontier of Britain America. But when America won its independence, the first visible frontier of Indian America in 1783 was Ohio.”

Wilcox, a Cleveland artist and teacher who died in 1964, presents a Eurocentric take on American expansionism that’s typical of the time he penned the book. It was first published in 1933 and then again in 1970. He identifies the native tribes as “prophetic trailblazers,” suggesting that while their legacy is everlasting, their decline was inevitable. “It makes the story tragic, but on his terms,” explains Grimes. “Now we have Main Street, for example, but Indians forged the trails first and are leading America on them.”

Wilcox’s understanding of migration routes is based upon research conducted by the Ohio State Archaeological and Historical Society, as well as from journals of early settlers. By locating the 31 trails in his book, Wilcox demonstrates the complexity of the civilization that paved them.

The trails still visible from major highways include the Muskingum Trail, upon which Ohio’s first settlement of Marietta is situated. This trail lies parallel to the old Ohio & Erie Canal, running through the village of Malta along what’s now State Route 60 and continuing north to Roscoe Village along state Route 16. Also noteworthy is the Maumee Trail, which begins in Toledo and can be seen from U.S. Route 24.

Wilcox also created the remarkable array of watercolor paintings, charcoal etchings and pencil sketches throughout the book. Grimes says they are presented with a remorse and sympathy for the American Indians driven from their lands. “Artwork is his way of lamenting a long-gone era.”

For more information about the book, visit kentstateuniversitypress.com.