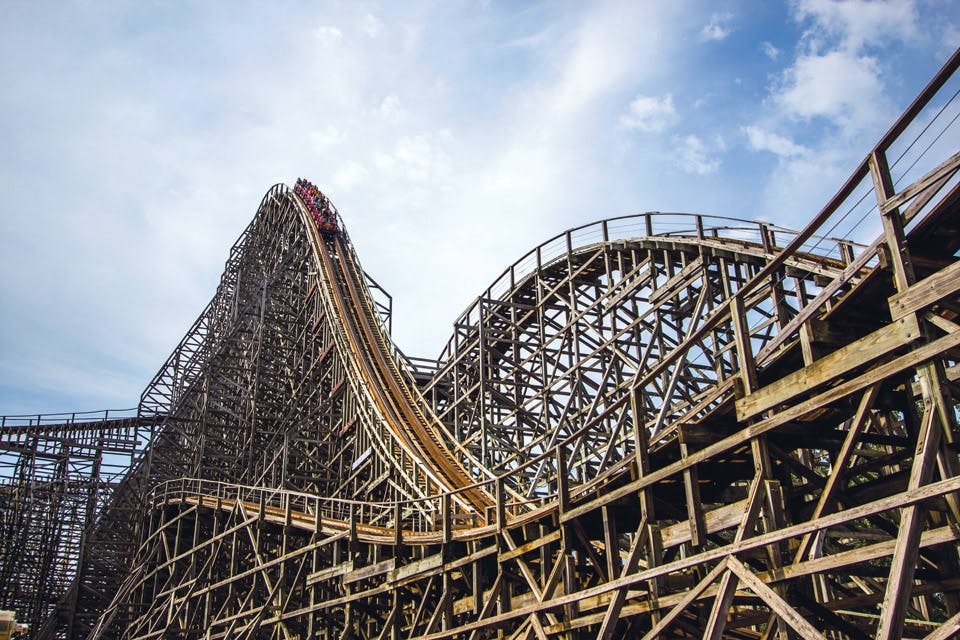 The Cedar Point ride that was once the tallest and fastest wooden roller coaster in the world takes its final plunge.

Topping out at 161 feet tall, the Mean Streak roller coaster’s lattice work of wooden beams have served as a backdrop to Cedar Point’s FrontierTown since 1991. The 1.7 million board feet of treated southern yellow pine used to construct it has carried more than 26 million people on a bone-rattling 2-minute, 45-second ride.

But the Sandusky amusement park’s nastiest wooden coaster will come to a thunderous halt on Sept. 16, when the ride makes its last run. That day, visitors can pay their respects to the Mean Streak during a memorial ceremony followed by a final ride and a procession to the park’s Dead Rides Cemetery, where former attractions are memorialized.

Cedar Point wasn’t ready to say what the Mean Streak’s closure is making way for, but the coaster will always be remembered as the tallest and fastest wooden behemoth of its time.

“I remember going there and riding it the first year it was open and thinking,  this is one of the coolest rides I’ve ever been on,” says Scott Short, a resident of Macedonia who is member services director and northern Ohio regional representative for the nonprofit American Coaster Enthusiasts. “I remember riding it in the back seat, and I thought that was the biggest deal ever, just riding it all by myself with nobody next to me.”

Coaster enthusiasts like Short will miss more than just the jarring 155-foot drop and rickety turns that made the ride a classic. Its elaborate design and sheer immensity serve as an elegant tribute to the age of the wooden coaster.

“Looking at that structure, it’s one of the most beautiful things I’ve ever seen,” says Short. “The columns and rows of wood and the curves … there’s just something aesthetically pleasing about looking at it.”

The Mean Streak’s end is part of a trend for larger wooden coasters, with rides shutting down to make room for new ones or undergoing renovations. A few years ago, the Texas Giant closed at Six Flags Over Texas and was revamped as the New Texas Giant, a steel coaster.

“Mean Streak is the last one,” says Short. “It was the last holdout from a time where bigger and better was more important than anything.”