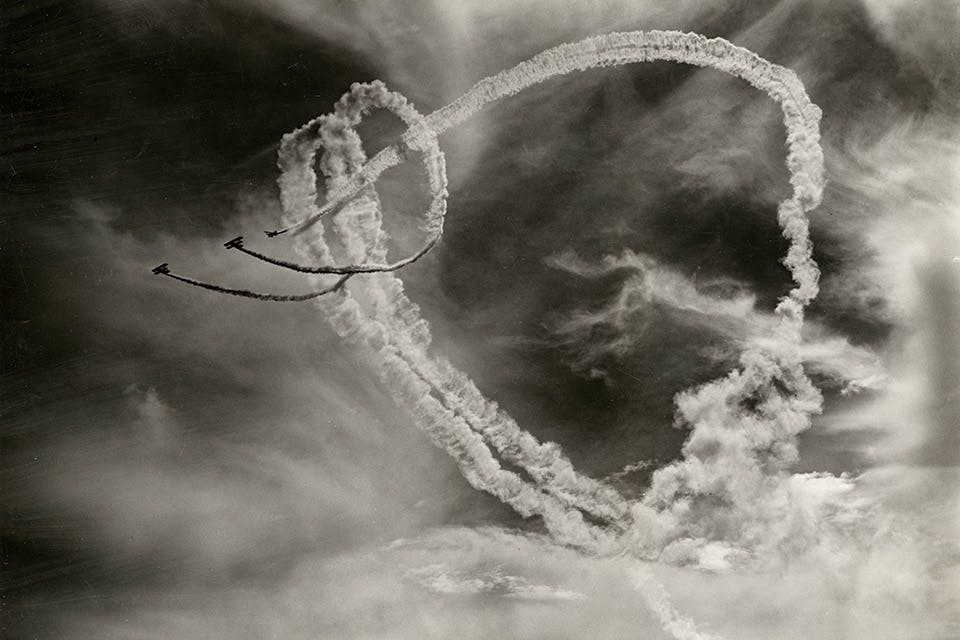 The Rise and Fall of the Cleveland Air Races

The National Air Races came to the city in 1929, bringing a high-flying spectacle to the city’s new airport. The event returned for years, until changing times and, ultimately, tragedy spelled its end.

On Aug. 24, 1929, the city of Cleveland was treated to a parade the likes of which it hadn’t seen before. An estimated 350,000 people lined Euclid Avenue — on the sidewalk, sitting atop their cars, looking out windows from buildings. At least one enterprising boy was perched atop a wrought-iron fence. (“Maybe he had a board in his trousers,” the next day’s The Plain Dealer theorized.)

The crowd witnessed floats carrying more than $100,000 in floral displays. Veterans, some from the recent Great War and others from the Spanish-American War decades earlier, marched. The White Auto Marching Band performed, and a fleet of new Cord automobiles led the parade.

But the real spectacle was — and for more than the next week, would be — overhead. No fewer than three Goodyear blimps floated over the parade and dozens of planes “swarmed like tropic birds,” The Plain Dealer reported, as the aircraft made their way to Cleveland Municipal Airport. It had opened four years earlier as a facility befitting one of the nation’s largest cities. Even its 1,050 acres — at the time the largest airport in the U.S. — had a hard time fitting all the planes arriving for the National Air Races and Aeronautical Exposition. It was estimated that a quarter of the licensed planes in America descended on Cleveland for the event.

The parade was the start of the 10-day spectacle, but it was also the beginning of a glorious era of swashbuckling exploits, as the greatest aviators of the day demonstrated skill and speed in the skies over Cuyahoga County, while the city of Cleveland was touted by the press and business community as “the air laboratory of the world.”

As long as there’s been transportation, there’s been racing. For a moment in the early 20th century, velodromes popped up for multiday bicycle races. Soon after, automobiles were raced, either on existing streets or special courses. In 1903, the Wright brothers piloted the first heavier-than-air flight at Kitty Hawk, North Carolina. Six years later, what’s regarded as the first air show was held, in Reims, France, featuring acrobatic displays and a race, with a trophy donated by James Gordon Bennett, the publisher of the New York Herald. (Gordon Bennett Trophies were already being given out for yacht and auto races.) 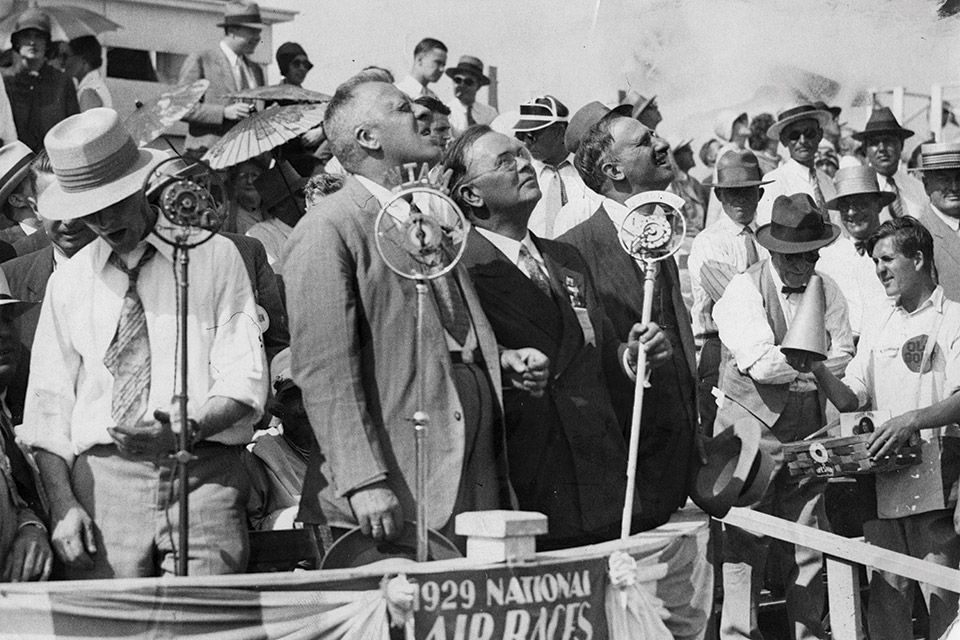 Airplanes and dirigibles were used to some effect for surveillance and combat during World War I, but afterward, advances in aeronautics would come from the private sector, as would the support for the air races.

Following World War I, another publisher endowed a trophy for a cross-country race. The location of the finish line for the Pulitzer Trophy race varied from year to year, and the airports that hosted usually showed other planes and skill displays. The city of Cleveland wanted the National Air Races to show off its new airport, and there was enough power to make it happen. It was backed by prominent citizens like Cleveland Indians owner Alva Bradley, Frederick Crawford of Thompson Products and Mantis Van Sweringen, who with his brother Ortis had just built the Terminal Tower downtown.

But the biggest stars at the air show were not found in the box seats of the new grandstand. Aviators were celebrities, and some of the most famous showed up in Cleveland. Eddie Rickenbacker, the “ace of aces” in World War I, attended. Charles Lindbergh, not far removed from his historic flight across the Atlantic Ocean, flew with the High Hat squadron and was so skilled that he could join the precision flying outfit as a late fill-in with little advance preparation.

The air shows included not just closed-course racing, they were also the end point for transcontinental races, with massive, ornate trophies for the winners. (By the 1930s, the trophies were bestowed by Vincent Bendix, founder of the namesake company.) 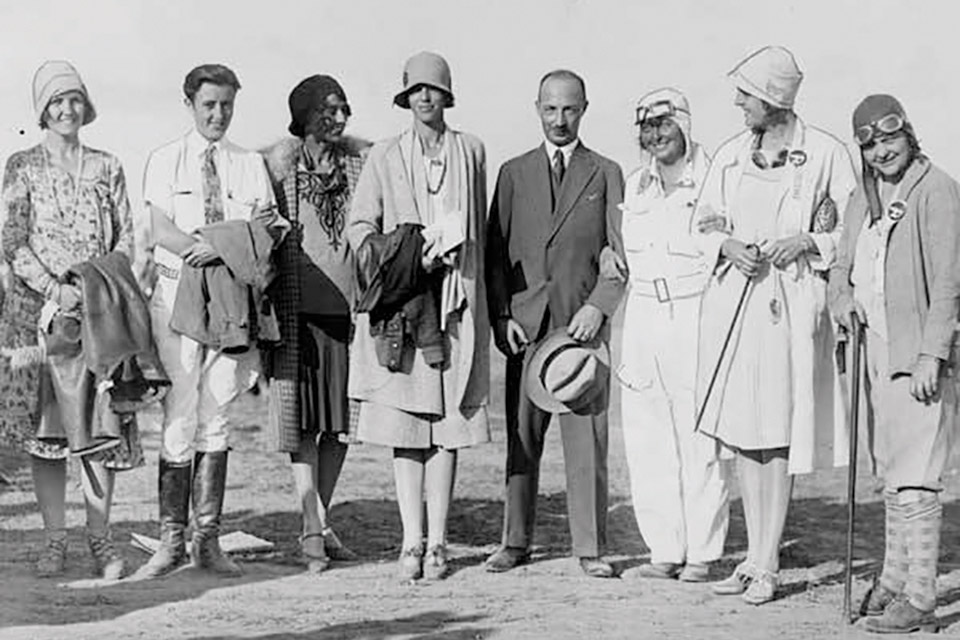 A group of women pilots, including Blanche Noyes, Pancho Barnes and Amelia Earhart, took off from Santa Monica for their own transcontinental race. Louise Thaden won, but the lasting importance of it came from the formation of an organization that still exists today: The Ninety-Nines, dedicated to encouraging women in aviation.

In 1930, the National Air Races moved to Chicago before returning to Cleveland the next year. That event was even bigger, with international flyers touted as part of its popularity, as well as the spirit of peace that hopefully would take over the world.

“We admire them for their ability and their sportsmanship, and we appreciate their cordial expressions of good will,” race president L.W. Greve wrote in the 1931 event program. Among the international guests were German Maj. Ernst Udet, who had a warm, emotional meeting with Rickenbacker — the first time the famed pilots had met since doing battle above the skies of Europe during World War I.

Also in 1931, Jimmy Doolittle, by then already the holder of several aviation records, received the Bendix Trophy for winning the cross-country race. But his plane blew a piston in the seventh lap of the closed-course Thompson Trophy race, and he was forced to withdraw. The following year, Doolittle won both trophies in a performance unparalleled in air race history.

The cross-country race and the closed-course race demanded different skills and different technology. The cross-country race required endurance. The closed-course race demanded speed and handling. Doolittle piloted a Gee Bee (he called it the most dangerous plane he ever flew) in the Bendix Trophy race and then in the Thompson Trophy race, winning both. Doolittle then announced his retirement from competitive racing, as he remarked, “I have yet to hear anyone engaged in this work dying of old age.” 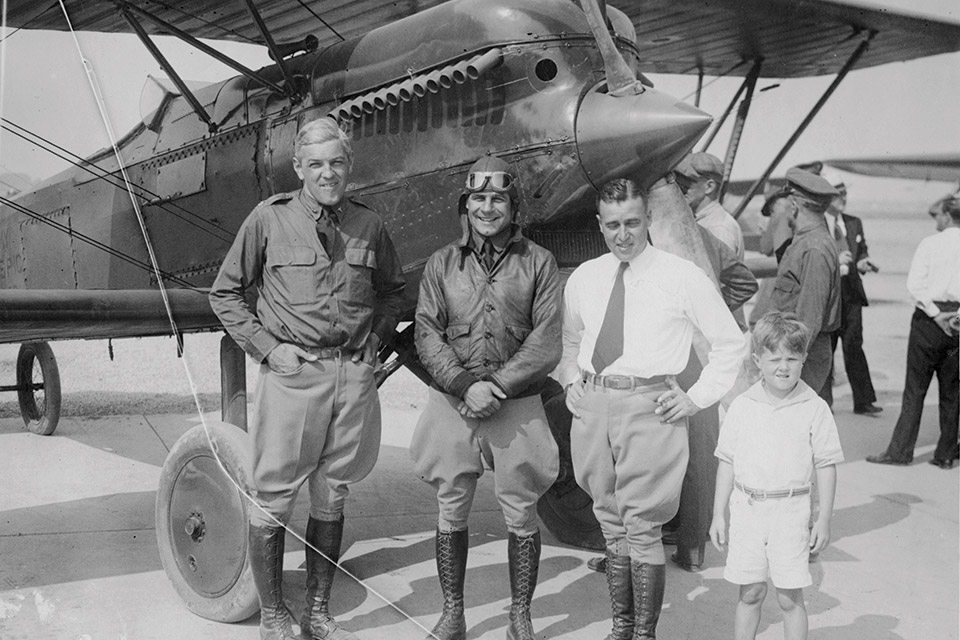 It didn’t take long for any feelings of peace or brotherhood to dissipate, as strongmen came to power on the global stage and demanded war. Udet felt duty bound to return to his native Germany, where another World War I fighter pilot, Hermann Goering, was leading a new advanced air force under the government of Adolf Hitler.

Even before the United States entered World War II in 1941, plans were made to suspend the air races. All air industry production was for the military, and the land that formerly held the grandstand  for the races was now being used for a new center for the National Advisory Council on Aeronautics, the forerunner to NASA.

The skills on display in Cleveland were put to use in the war. Doolittle led a bold bombing raid on Tokyo in 1942. That year, Rickenbacker cheated death on a raft in the Pacific Ocean for nearly a month after a plane crash. By then, his rival Udet was dead. Nazi officials said he had died testing aircraft, but in reality, he could no longer be part of Hitler’s Third Reich. His resignation was refused, so he killed himself.

Following World War II, the air races returned to Cleveland. Technology had advanced considerably since the last air races. What President Franklin Roosevelt called “The Arsenal of Democracy” had turned out fighters and bombers that could leave many of the prewar speed record holders in the dust.

“We can continue to enjoy the National Air Races, next year and the year after, even if the planes are outmoded, as a great sporting event in the spirit of fair play where skill is a major factor,” he stated. “But we are running another race in which there are no rules except the survival of the fittest; a race with other nations for air supremacy.” 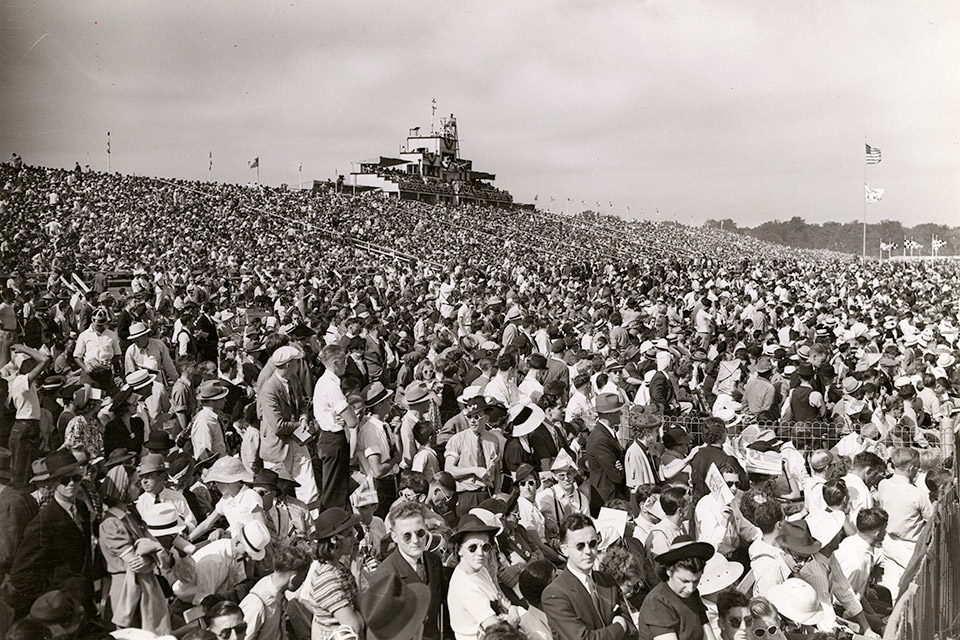 By 1949, the National Air Races’ future in Cleveland was wobbly for a variety of reasons. Another war was looming, this one in Korea, and the military flyers over the skies of Cleveland were needed elsewhere. Other cities were making bids for the event as well.

But on Labor Day, Sept. 5, 1949, Cleveland’s hosting of the air races went up in flames. That was when Bill Odom, piloting “Beguine,” the P-51 fighter owned by famed aviator Jacqueline Cochran, made a wrong turn on the racecourse. He tried to overcorrect and went into a nosedive.

Odom’s plane slammed into the house at an estimated 333 miles per hour. The plane and house burst into flames. Odom was killed instantly, as was Jeanne Laird. Craig, severely burned, died about three hours later at a local hospital. Brad and David escaped injury.

Soon afterward, the municipalities that had seen planes fly overhead started passing ordinances banning them. The air races went on hiatus. In 1964, a new Cleveland Air Show was introduced, and it was at a new location: Burke Lakefront Airport, along the lakeshore downtown. There was even talk of an airport on an island in Lake Erie to accommodate the jet age. But jets flew too high and too fast to reasonably be raced as a spectator sport.

Just like that, the days of the daring young men and women in their flying machines were over. Or, as aviation journalist and author Don Berliner put it in an interview in September Champions, a 1979 book about the National Air Races: “Aviation is grown up.”