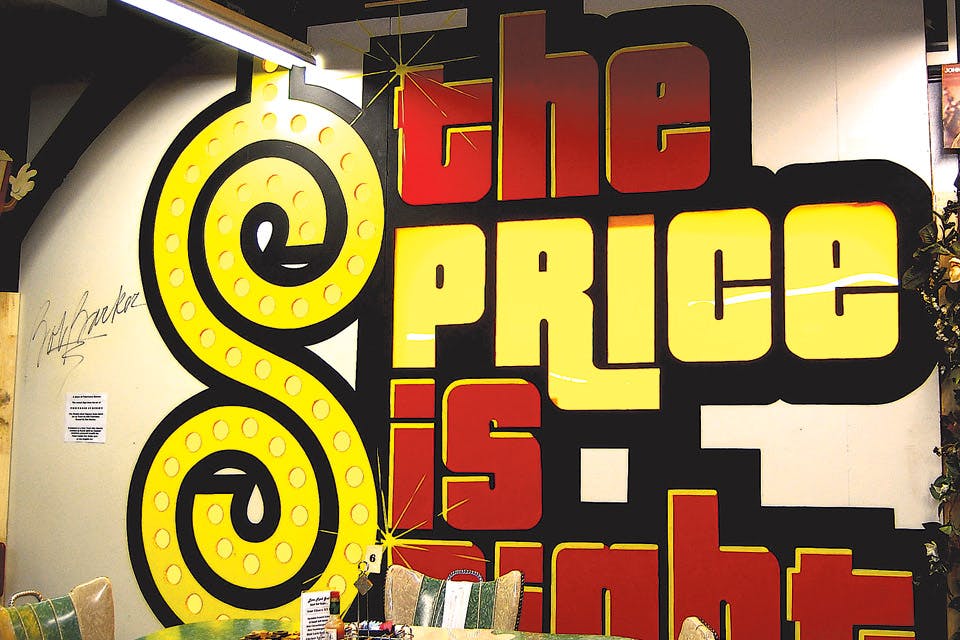 Autographed by host Bob Barker, this artifact from the early days of the perennially popular television game show now resides in West Lafayette

Jerry McKenna led a typical life: He worked as a plumber in Cleveland and, during his time off, liked to go camping in the forests and hills of central and eastern Ohio. When he decided to buy 120 acres in Coshocton County for a more permanent escape, he began to create something far from ordinary.

Jerry first opened The Unusual Shoppe in one of the property’s old barns, where he sold antiques and locally made cheese and trail bologna. In 1976, he acquired the lumber that once belonged to the 1895 Fredericktown Railroad Station and rebuilt the structure on his property using old photographs for reference. Next came the addition of several historic railroad cars, and Unusual Junction was born.

Today, the place stocks a range of unique items, from home decor to hot sauces. There’s a bridal and prom store on-site, as well as a diner called the Lava Rock Grill, where the original sign from the television game show “The Price Is Right” is displayed proudly. (You can even see where host Bob Barker signed it.)

“I remember sick days from school when I would stay home with a cold,” says Bob McKenna, Jerry’s son, who now helps run the family business. “Having tomato soup and a grilled cheese sandwich and hearing the theme song to ‘The Price Is Right’ would make me feel better. It was very comforting.”

The show was a favorite of the entire family, so in 2009, when Bob saw the original “The Price Is Right” sign was being auctioned off for charity, he took a chance. “A week later, I randomly checked back, and here I’d won the bid.”

Measuring 14-by-18 feet and weighing nearly 900 pounds, the sign had to be trucked in pieces from Los Angeles to West Lafayette. Today, visitors stop by the Lava Rock Grill to grab a bite and pose for pictures with the famous sign.

“It was just an obsession with us, our family; it was our favorite show to watch,” says Bob. “I didn’t realize how many people connected with it.”