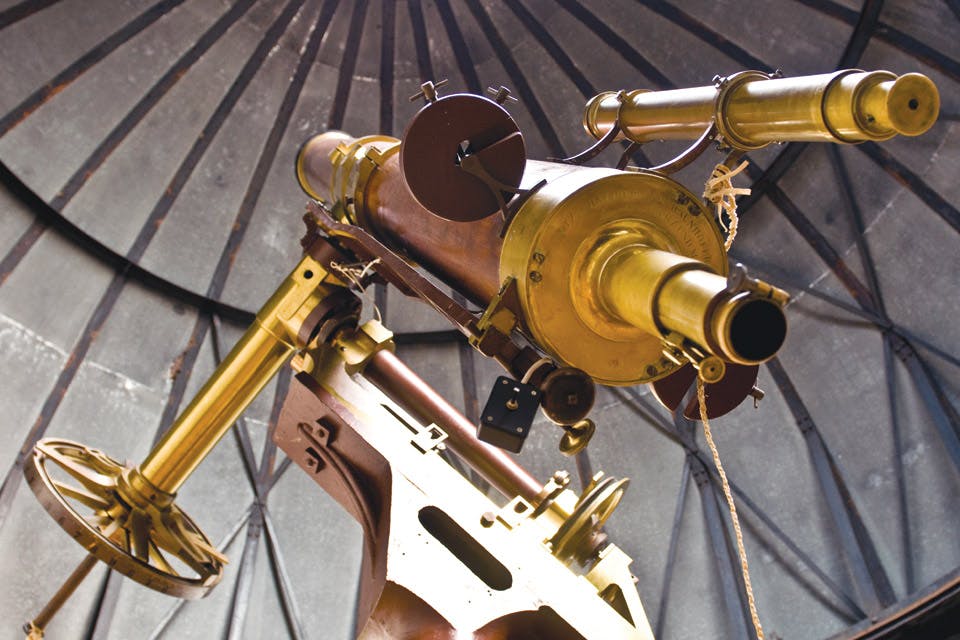 The Cincinnati Observatory Center commemorates the evening in 1845 when Ormsby MacKnight Mitchel looked to the heavens.

In 1842, Cincinnati professor Ormsby MacKnight Mitchel went door to door, asking citizens for $25 — what amounted to the average person’s monthly salary at the time. Despite the pricey request, he raised nearly $7,500, which he used to travel to Germany and purchase what was at the time the largest refractor telescope in the Western Hemisphere.

The telescope is housed at the Cincinnati Observatory Center, where President John Quincy Adams traveled to lay the cornerstone in 1843.

It was the first major observatory in America and is known as “The Birthplace of American Astronomy.” On April 14, the observatory will mark its 172nd anniversary with a celebration commemorating the first time Mitchel peered through the telescope.

Astronomer Dean Regas has worked at the Cincinnati Observatory Center for 17 years. He says the big brick building with a silver dome, which is surrounded by Victorian-era homes, gives visitors the feeling they’ve stepped into 19th-century Cincinnati.

“What we hear the most is ‘wow,’ ” he says. “ ‘Wow, we didn’t know this was here. Wow, the architecture is so cool.’ … Or ‘Wow, Saturn looks really awesome through that telescope.’ ”

There is a smaller telescope on the premises, as well as a dozen more modern telescopes used during outdoor education programs. Monday, Tuesday and Wednesday nights are for private groups, school groups and classes, while the observatory is open to the public on Thursdays and Fridays. Special events are planned around eclipses and nights when far-away planets such as Jupiter are visible.

“Anyone is welcome to come by and lay blankets on the hillside and watch the moon,” says Regas.

Visit cincinnatiobservatory.org for information about observatory hours and a schedule of special events.