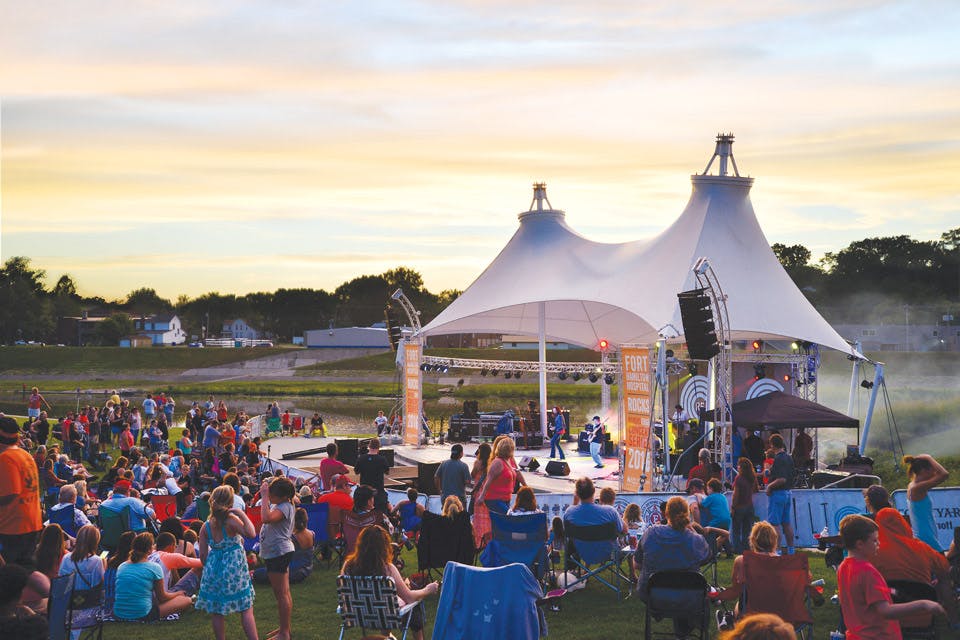 In fall 2018, the American Planning Association added the city of Hamilton’s riverfront gathering spot to its list of Great Public Spaces in America.

July 2019
BY Sally Kershner | Photo courtesy of city of Hamilton

July 2019
BY Sally Kershner | Photo courtesy of city of Hamilton

Children play in streams of water beside a heart-shaped sculpture, while adults relax in the shade nearby, admiring the beds of flowers dotting the grass. A guitar sculpture offers a nod to the entertainment taking place here year-round, while a walking path caters to pedestians and cyclists looking to stretch their legs.

Given the way it appears today, it’s no wonder people are surprised to hear that before its creation eight years ago, the site of the city of Hamilton’s 7.3-acre RiversEdge at Marcum Park was a brownfield site formerly occupied by a hospital.

“A park like this tells people and businesses we care about this place,” says city planning director Liz Hayden. “RiversEdge at Marcum Park is a huge part of our revitalization story.”

In fall 2018, the American Planning Association — a nonprofit organization representing the field of urban planning — added the park to its list of Great Public Spaces in America. Since 2007, the association has recognized neighborhoods, streets and public spaces that make communities stronger through skillful planning. RiversEdge at Marcum Park was one of five locations added to the list in 2018, along with the renovation of Public Square in downtown Cleveland.

“I love how unique the park is in incorporating the sculpture and artwork with the water fountain,” says Hamilton resident Islara Leingang. “It is the perfect place to hang out, come together and bring different neighborhoods together.”

When Hamilton’s Mercy Hospital, an anchor institution and major employer, left the city in 2001, residents and civic organizations banded together for a transformation of the riverside site. Lifelong residents Joe and Sarah Marcum donated $3.5 million to the Hamilton Community Foundation to jumpstart construction, which was completed in 2013.

“This is a prime example of doing great work in a community to address a lot of different issues,” says American Planning Association president Kurt Christiansen. “The park provides outstanding programming and green space in an urban city. It will be an economic development catalyst because people will open up restaurants and look to invest in those areas.”