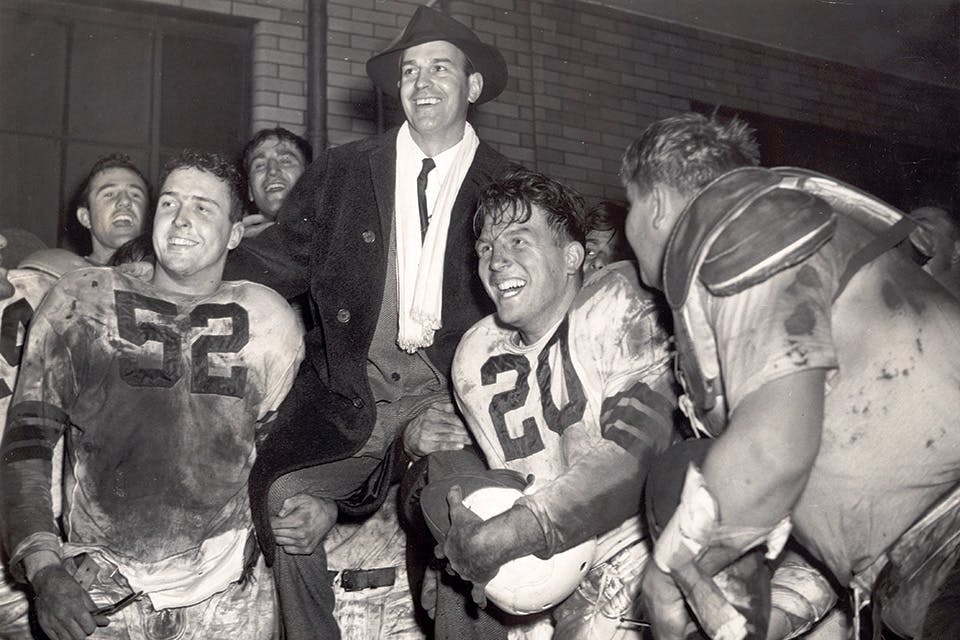 Paul Brown’s contributions to the game of football are legendary. The Massillon Museum pays tribute to the iconic coach and innovator with a wing dedicated to his life and legacy.

Ohio loves football — in a big way — and we likely have Paul Brown to thank for that. The legendary coach built two NFL teams, the Cleveland Browns and the Cincinnati Bengals, and won championships at all levels.

In fall 2018, the Massillon Museum honored the Norwalk native by opening a new wing, the Paul Brown Museum, giving visitors a chance to learn more about his unparalleled legacy.

“Paul Brown was a true innovator,” says Bailey Yoder, the museum’s curator of football heritage. “From creating the playbook to studying game film, he changed the way football was played. He means so much to Ohio. [In addition to co-founding] two professional teams, he led Ohio State to their first national championship in 1942 and won four national titles with the Massillon Tigers.”

The Paul Brown Museum contains more than 20,000 objects related to Brown and the game he helped shape, including Brown’s Hall of Fame jacket and a few of his trademark fedoras.

Through Jan. 12, 2020, the museum is featuring two exhibits exploring the history of the sport. “Evolution of the Football Jersey” chronicles how player uniforms have advanced since the 1870s to comply with rules and safety regulations.

“It’s amazing how much uniforms have changed,” says Yoder. “All to make sure that the men on the field are protected from as much injury as possible.”

The second exhibit, “125 Years of the Greatest High School Rivalry,” focuses on the many great battles between the Massillon Tigers and Canton McKinley Bulldogs. It’s a fitting tribute, since the Tigers Booster Club contributed many of the artifacts showcased in the museum.

“If you come even twice a year, you’ll see something different,” says Yoder. “We really try to show how the rich history of football in Ohio benefited from what Paul Brown did for the sport.”

Note: The exhibitions mentioned in this story have ended. Current 2020 exhibits include "Massillon's Gridirons" and "Paul Brown's Pro Teams: History of the Browns and Bengals," both on display through Jan. 10, 2021.