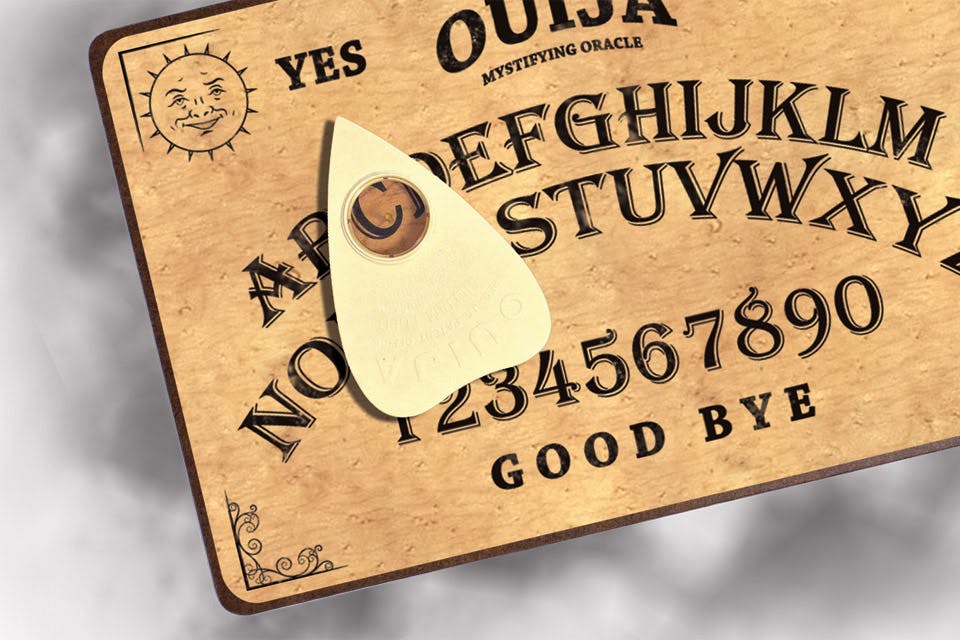 During the 19th century, our state was a hotbed of spiritualism camps and parlor seances that contributed to the creation of the famous talking board we know today.

We don’t know how many Ouija boards have spelled out O-H-I-O over the years. But we can tell you that in the late 1880s, our state had an impressive role in spreading spiritualism and creating excitement about talking boards in the United States.

“Something was percolating in Ohio,”  says Brandon Hodge, a Texas collector of spirit-communication devices. “My research peers and I talk about Ohio a lot.”

Spiritualism — the idea that the dead can and want to talk to the living — flourished in the United States and Europe from the 1840s to the 1920s. Seances became a parlor pastime, and table-tipping — a phenomenon in which a table was said to rap its legs to respond to seance participants’ questions — was the initial method of communication. But the process was time consuming, so the French invented a small basket with a pencil attached known as a planchette to channel messages from the spirit world.

During the second half of the 19th century, the planchette evolved into a small wooden board with casters that Americans used in conjunction with talking boards bearing letters and numbers.

By the late 1800s, spiritualism camps, where believers and the hopeful alike attempted to connect with the dead, were widespread across Ohio. Holly Witchey, an adjunct professor at Case Western Reserve University in Cleveland, says those who lost loved ones in the Civil War often used talking boards as a way to deal with grief. As spiritual mediums across Ohio began to gain attention, newspapers smelled a good story.

In 1886, a correspondent for the New York Daily Tribune wrote: “In Youngstown, Canton, Warren, Tiffin, Mansfield, Akron, Elyria and a number of other places in Ohio, I heard there was a perfect craze over the new planchette. Its use and operation have taken the place of card parties. Attempts are made to verify statements that are made about living persons, and in some instances they have succeeded so well as to make the inquirers still more awe-stricken.”

Such gatherings caught the eye of opportunists. In 1890, Charles Kennard of Baltimore teamed up with other entrepreneurs to patent the Ouija board. In 1966, game-maker Parker Brothers purchased the copyright to the Ouija board before selling it to Hasbro in 1991.

More than a century after Kennard filed his trademark, Ouija boards remain a staple of Halloween parties and sleepovers. We have just one question we’d love to get the spirit world’s opinion on: Will Ohio State’s football team win the Big Ten this year?