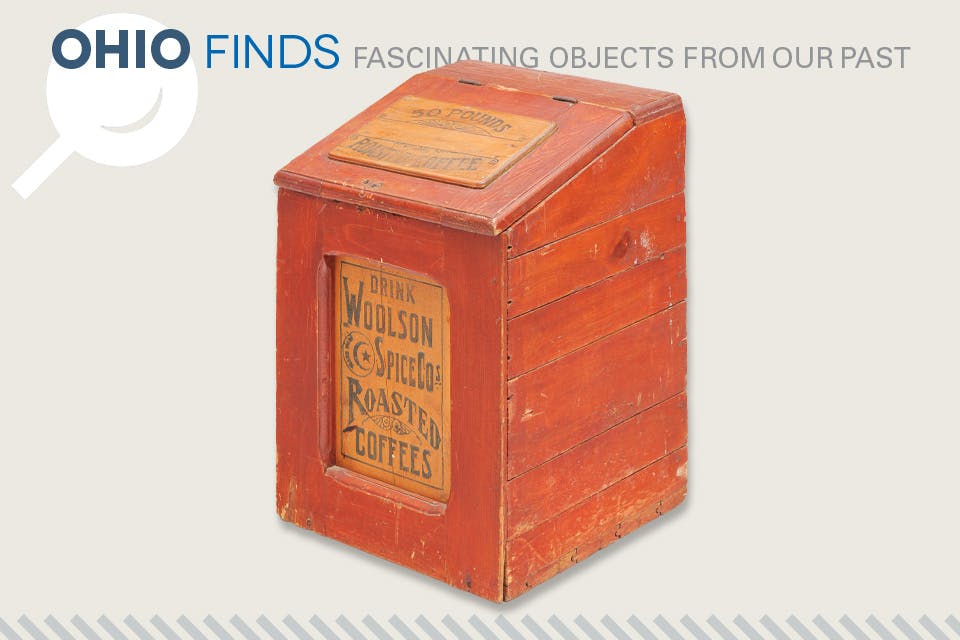 This piece is typical of the wooden bins once found in general stores and small groceries.

It’s been said that coffee became America’s drink in the 19th century, but getting a good cup of joe during that time was no easy process. Several Ohio men made significant contributions to the cause, starting with C.C. Warren of Toledo.

In 1864, Warren registered Lion Coffee, and his innovation was making preroasted coffee beans available to consumers. Prior to that time, Americans bought raw beans and attempted their own roasting process.

Next came brothers Alvin Mansfield Woolson and William A. Woolson, Civil War veterans who served with the Ohio Volunteer Infantry. In 1882, they founded Woolson Spice Co. in Toledo and acquired Lion Coffee, which became the most popular of its coffee brands. By the mid-1890s, the company was roasting a million pounds of coffee per week.

Consumers purchased the preroasted beans in general stores and small groceries, where the product was scooped from wooden coffee bins. This bin is typical of ones of the era and holds 50 pounds of roasted coffee. Eventually coffee beans and coffee grounds moved to colorful, vacuum-sealed cans of predetermined weights.