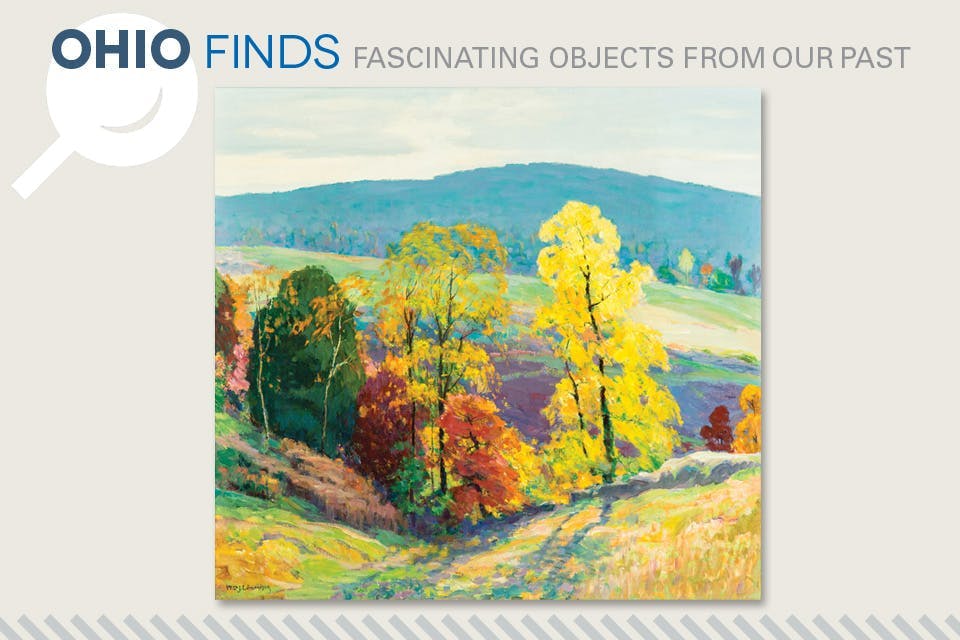 A member of one of our state’s famous artistic families created this autumn landscape of rolling meadows.

They differed in their genres and subjects, but for three generations, Ohio’s Edmondson family had art as a common bond. It began with George William Edmondson, who became a photographer despite his father's desire that he study engineering. Born in England, George William immigrated and relocated to the United States in the 1850s. He settled in Norwalk, where he founded the Edmondson Manufacturing Photography Studio.

George Mountain Edmondson, George William's oldest son, was born in Norwalk in 1866 and became interested in photography by age 16. After moving to Cleveland, he worked with James F. Ryder (one of Ohio's leading photographers) and in 1897 became a partner with Edgar Decker (one of Cleveland's earliest and most prominent photographers). After taking over the business, George Mountain relocated the photo studio to Euclid Avenue and began making portraits of residents of Millionaire's Row, including John D. Rockefeller.

William John Edmondson, George Mountain's brother, was born in Norwalk in 1868, but his interest was in paintings. He studied in Paris at the Academie Julian, then returned to the United States and received a degree from the Pennsylvania Academy of the Fine Arts in Philadelphia. After another stint in Paris, William John settled in Cleveland, where he produced portraits of prominent residents and made impressionist landscapes.

Ivy Jane Edmondson Starr, the daughter of George Mountain, represented the third generations of Edmondson family artists. Her studies included classes at the Cleveland Museum of Art, the Cleveland Institute of Art and Columbia University in New York City. After moving to Cincinnati, she worked as a stone sculptor. Her family eventually settled in Vermont, where she often painted watercolor nature scenes.

Richard Jeffers is the owner of Garth's Auctioneers & Appraisers in Columbus. garths.com