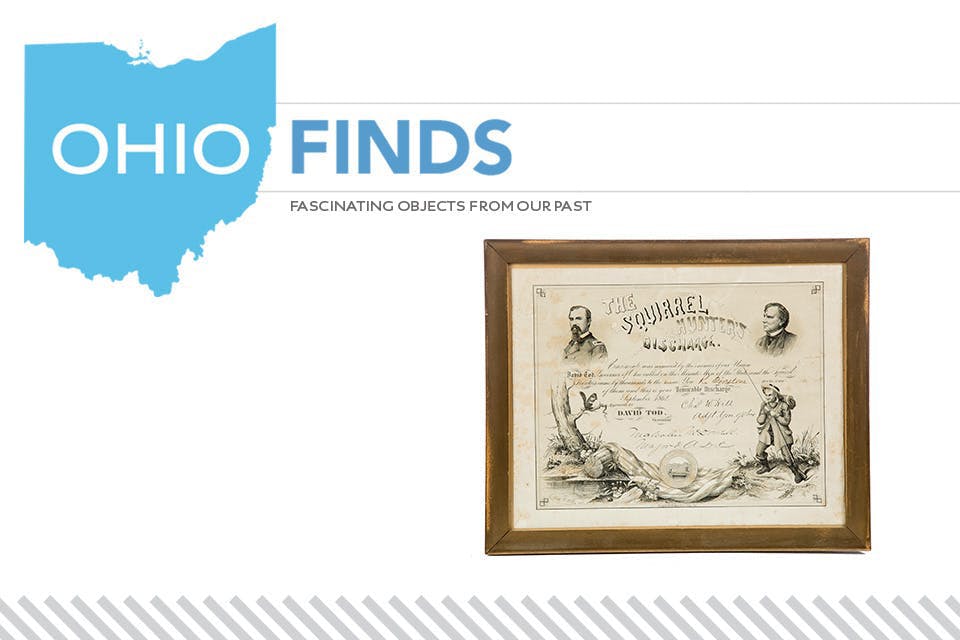 After more than 15,000 civilians assembled in Cincinnati to defend the city against Confederate forces, Ohio Gov. David Tod recognized them for their service.

In September 1862, during the second year of the Civil War, Confederate troops were marching north, with Cincinnati in their sights. Having captured Lexington, Southern forces planned to take Covington, Kentucky, then move across the river to invade Cincinnati. The people of Ohio were having none of it.

Union Gen. Lew Wallace, in charge of defending the two Ohio River cities, drew help from Ohio Gov. David Tod. A call for men to serve in a volunteer militia brought more than 15,000 civilians to Cincinnati in only a few days. They became known as the Squirrel Hunters. The nickname derived from the fact that many of the men had no military experience and carried weapons more suited for shooting small game than defending a major U.S. city.

The volunteers joined local militiamen and regular Army soldiers to make up a 70,000-member force that presented a formidable front line of resistance. It was too much for the Confederacy, which withdrew its troops by mid-September. Union forces won without battles or bloodshed.

No longer needed, the Squirrel Hunters were sent home. However, in 1863 the Ohio legislature recognized the men with printed discharge papers, commending them for their service. The lithograph, having images of Maj, Gen. Irvin McDowell and Gov. Tod also showed a man loading a musket, a squirrel sitting on a bare branch, and an American flag draped between the two. It's an intriguing piece of ephemera unique to Ohio. This discharge certificate recognizing R. Firestone was one of three Squirrel Hunters documents that sold together at auction.

Richard Jeffers is the owner of Garth's Auctioneers & Appraisers in Columbus. garths.com