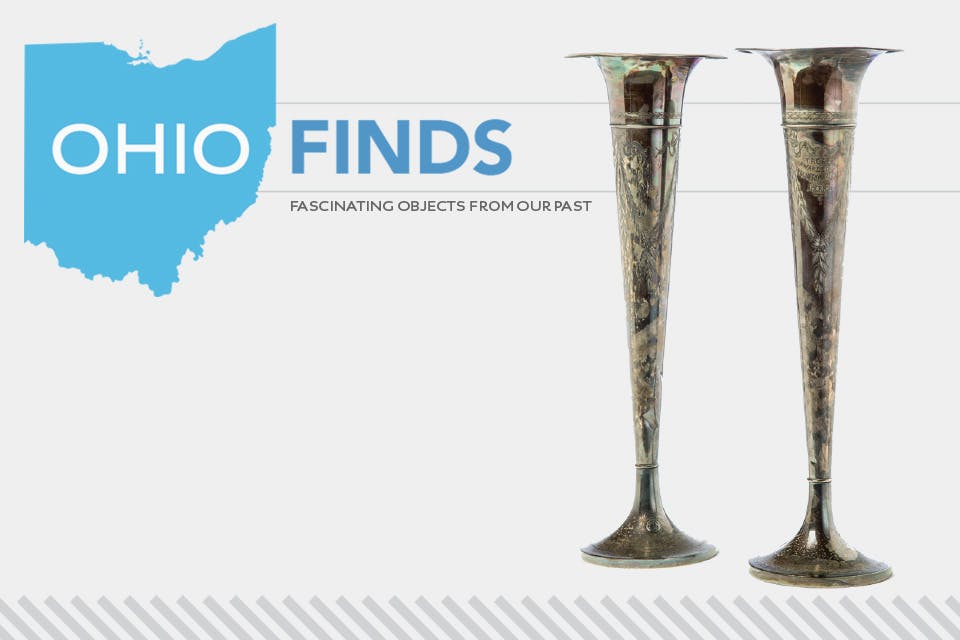 These trophy vases were awarded to horses from Woodside Farms of Sandusky.

Although tractors began changing how Americans farmed in the 1920s, horses remained essential in agricultural communities throughout Ohio and across the country. Breeders played an important role, and one significant figure in that industry was W.H. Butler of Woodside Farms in Sandusky.

Butler raised Percherons — a line of draft horse that takes its name from Le Perche, the former French province about 50 miles southwest of Paris where the breed originated. The first Percherons arrived in the United States in 1839, and by the early 1900s, the large, muscular animals were the most popular draft horses in America. Over the years they pulled stagecoaches, farm equipment and logging skids, and also became a go-to war horse.

Woodside Farms built a national reputation for its breeding program, which turned out some of the top horses in the world. In 1923 that included Hesitation, which won grand champion honors awarded by the Percheron Society of America at the International Livestock Exhibition in Chicago. The prize was an engraved sterling silver trophy vase. Giroust II, which won grand champion stallion at the Ohio State Fair that year, also represented Woodside Farms in international competitions.

These two trophy vases for Hesitation and Giroust II remained together for the better part of a century and were auctioned as a pair. The value of the vases derived from their connection to the prize-winning Percherons and to an era for which agricultural practices have dramatically changed.

Richard “Jeff” Jeffers is the owner of Garth's Auctioneers and Appraisers in Columbus. garths.com