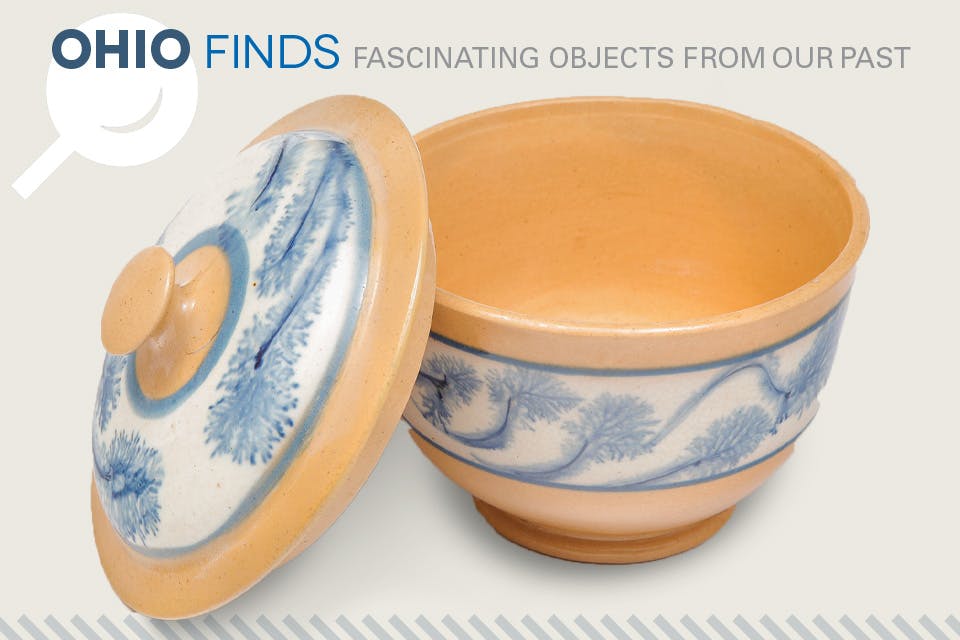 East Liverpool potters made this porcelain during the second half of the 19th century.

Pottery and porcelain production has always been about science, and, at one time, the most advanced technology a potter possessed was a handwritten ledger of formulas and techniques.

During the 19th century, East Liverpool was at the heart of America’s porcelain production. Like other U.S. potteries, those in East Liverpool sought to duplicate patterns popular overseas. One trend was mocha ware, named after the Yemen port city of Mocha. The city exported moss agate (also known as mocha stone) — a gemstone with filaments that resemble creeping moss. When the English duplicated that look on porcelain, they borrowed the “mocha” name.

Mocha ware’s design is known for its branching, treelike structures known as dendrites, with the resulting pattern referred to as seaweed. East Liverpool potters understood the science, and mocha ware enjoyed considerable favor with Americans.

Other mocha ware patterns were also made, generally named after the look they portrayed, from earthworm to cat’s eye, but seaweed is considered true mocha due to its branching characteristics.