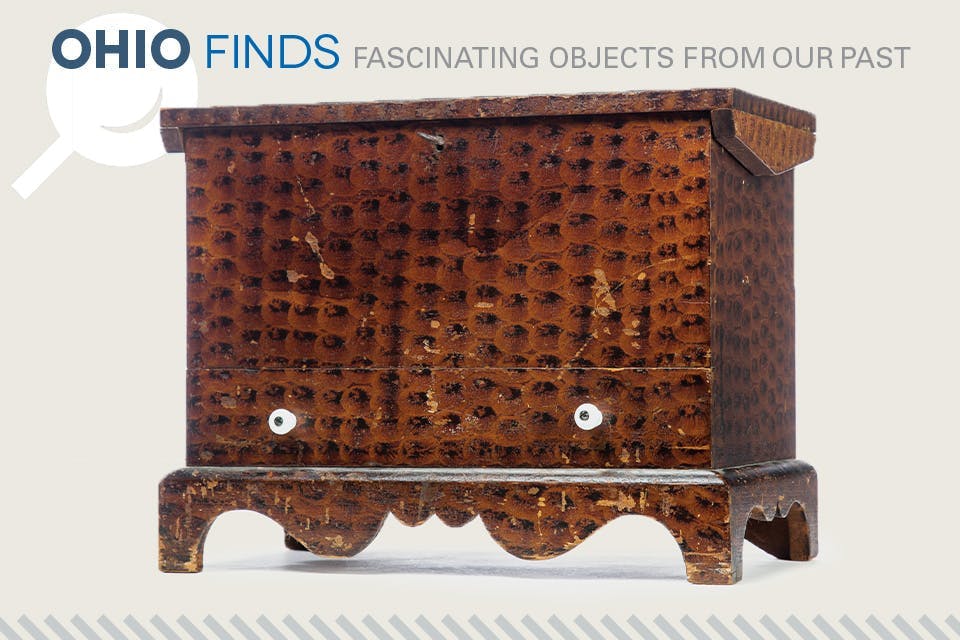 This circa-1830 chest with a distinct, thumbprint-like decoration is similar to ones crafted by Coshocton County makers.

Cabinetmakers were plentiful across Ohio during the 19th century. Their small shops were nestled among those of other tradesman and merchants, and local demand was enough for a skilled woodworkers to make a living. Although newspaper advertisements promoted the business of producing tables and cupboards, seldom were pieces of furniture marked with a maker’s name. As such, linking an item to a specific maker can be an arduous task.

One method is to compare unmarked examples with those that are identified. Such was the case with this miniature blanket chest The piece’s most distinctive feature is its painted decoration, consisting of hundreds of individual, thumbprint-like blotches of dark-brown paint over a lighter base coat. Ohio Furniture Makers: 1790 to 1860 by Jane Sikes Hageman and Edward M. Hageman pictures two miniature blanket chests with similar designs. Other comparable features, including poplar construction and a scalloped base, further linked the three miniatures as being from the same furniture shop.

While the reference book didn't identify a specific cabinetmaker, the miniature blanket chests that the Hagemans pictured in their book were known to be from Coshocton County, serving as a starting point for further research.