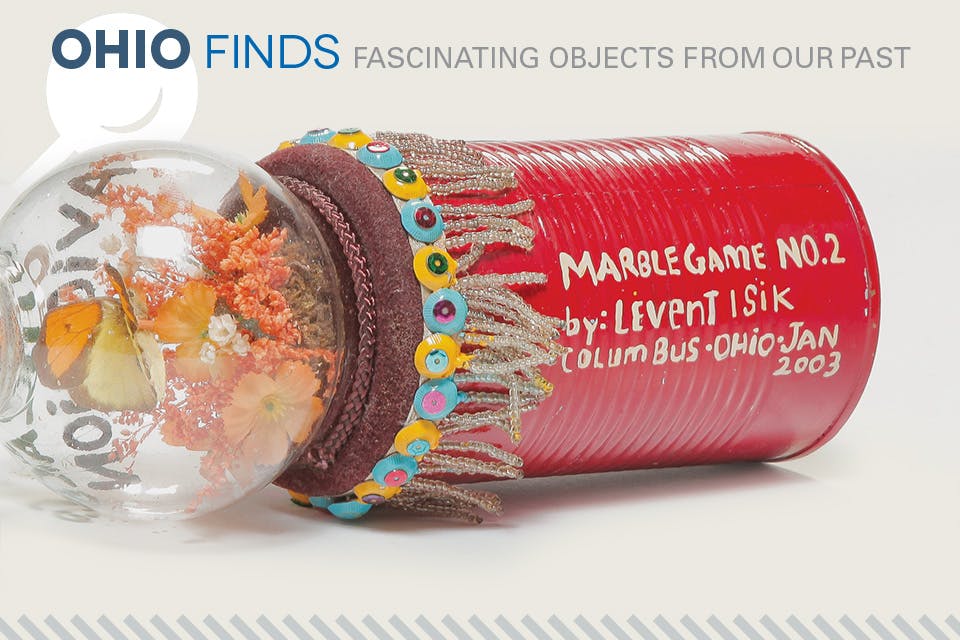 The Columbus-based artist crafted this piece using found objects. It is signed and dated 2003.

Ohio’s tradition of self-taught artists is a long one, but there are more recent names that have gained recognition as well. Levent Isik is among them. Born in Istanbul, Turkey, in 1961, Isik grew up in Montreal, Canada, before moving to Ohio. He lived in Akron and Cleveland, then settled in Columbus in the late 1980s, leaving behind a job and friends. Art helped fill the void.

As with his involvement in the punk music scene, playing guitar for two bands in Akron, his art had an edge to it. He liked three-dimensional looks and often incorporated found materials into his works. Color was key, and the bright, high-gloss enamel house paint he used was often topped with polyurethane for extra shine. Subjects ranged from animals to heroes real (emergency nurses) and imagined (Wonder Woman). Production was slow due to the time spent crafting each piece.

The discovery of Isik’s talent is credited to a door-to-door canvasser for Greenpeace who was amazed by the artwork. Following that, Isik began selling his creations, describing his art as “eye candy for the masses.” Isik’s sculpture “Marble Game No. 2,” which is signed by the artist and dated 2003, incorporates a baby bottle and a tin can.