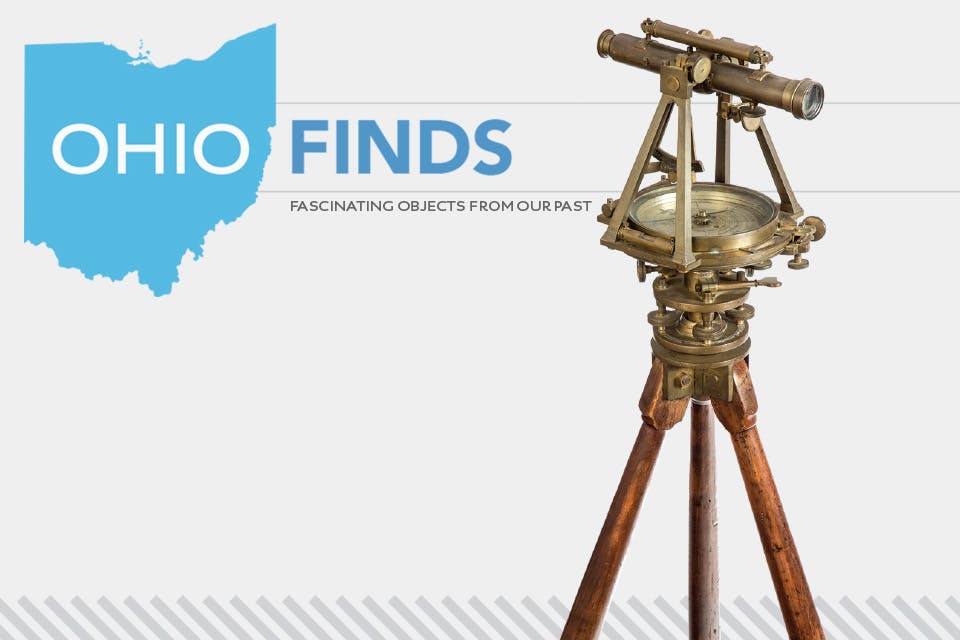 Made by Henry Ware, who was born in Vermont in 1810 before settling in Cincinnati.

Land surveying has long attracted some of America's most notable figures. In 1749, at the age of 17, George Washington got his start in the line of work, eventually leading to his appointment as surveyor general for the state of Virginia. But he was one of many men of fame to don the hat of surveyor. Thomas Jefferson and Abraham Lincoln worked in the field, as did American pioneer Daniel Boone, writer Henry David Thoreau and Corps of Discovery exhibition leaders Meriwether Lewis and William Clark.

A variety of tools are associated with the trade, but the most recognizable is the transit. On the most simplistic level, the device is part compass and part telescope, with the purpose of measuring horizontal and vertical angles with great accuracy.

Creating the tool took considerable skill, often involving specialists who designed optical instruments. One Ohio maker was Henry Ware. Born in Vermont in 1810, he eventually settled in Cincinnati. The city directory for 1839 and 1840 lists him as a mathematical-instrument-maker. Over the years, his business address and work description changed. In 1855 and 1856 he was part of Ware & Hiremann, makers of mathematical, philosophical and optical instruments. Ware was working alone again in 1858, and he died in 1885.

Locally made instruments still have special charm for many collectors. Ware was among a small number of professionals who provided the tools for a demanding trade with a long and impressive history.