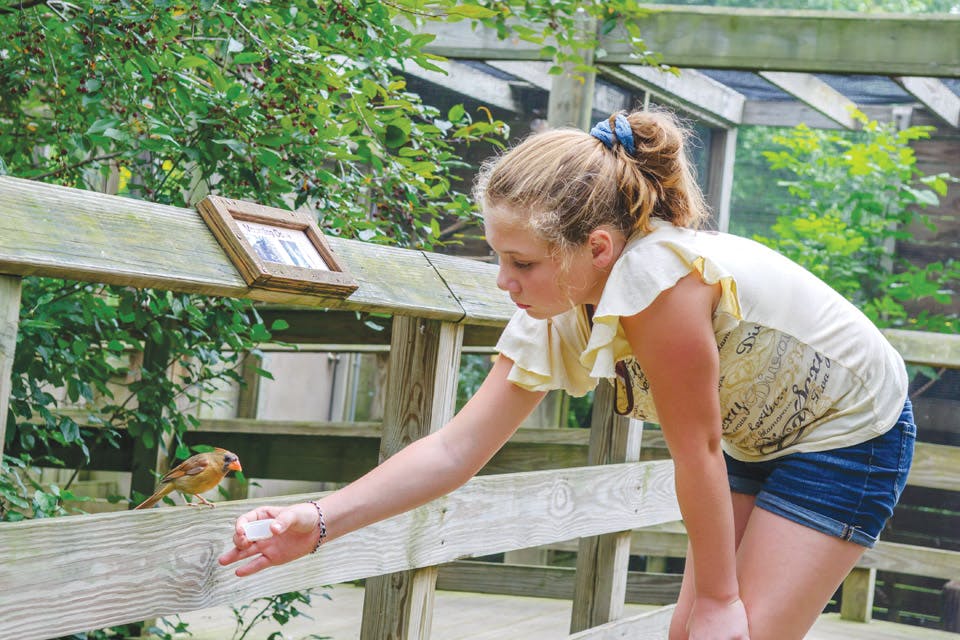 Our feathered friends get a helping hand at Gail Laux's Mansfield rescue, which focuses on rehabilitation and education.

A baby hummingbird can sit comfortably within the circumference of a U.S. half-dollar coin, and it weighs less than a dime. But fragile as the tiny creatures may seem, Gail Laux knows how to nurse the injured ones back to health.

“They’re kind of a fun little bird to work with because they’re not scared — they’re brave little guys,” says the founder of the Ohio Bird Sanctuary in Mansfield. “The hard thing though: Trying to wrap [an injury] is like trying to wrap a bumblebee wing.”

Hobbled birds and curious humans alike have found a landing spot at the sanctuary Laux has operated for nearly 30 years. She began rescuing raptors at her farm in 1988, using her skills as a biologist and on-the-job training at another rehabilitation center. Her first three residents were a barn owl, a red-tailed hawk and an American kestrel.

In 1999, Laux relocated the facility, which was originally known as the Richland County Raptor Center, to a former Boy Scout camp and began treating injured songbirds as well. From there, the sanctuary’s mission evolved to include education.

“The education element is one of our greatest passions,” Laux says. “If you’re educating the kids and the public, then they’re going to care about it.”

Laux and her team visit schools, host camps and even send some of their birds out with Columbus Zoo animal expert Jack Hanna. You’d think it would be hard for Laux to pick favorites,
but she counts a turkey vulture as one of the sanctuary’s stars.

“They’re actually very good problem solvers,” she says, adding that vultures have a brain four times larger than an owl, a bird that’s commonly thought of as possessing wisdom.

“An owl is not an intelligent creature … half of their head is feathers, and most of their skull is holding those massive eyes,” Laux says. “They’re beautiful and impressive, but nobody’s home.”