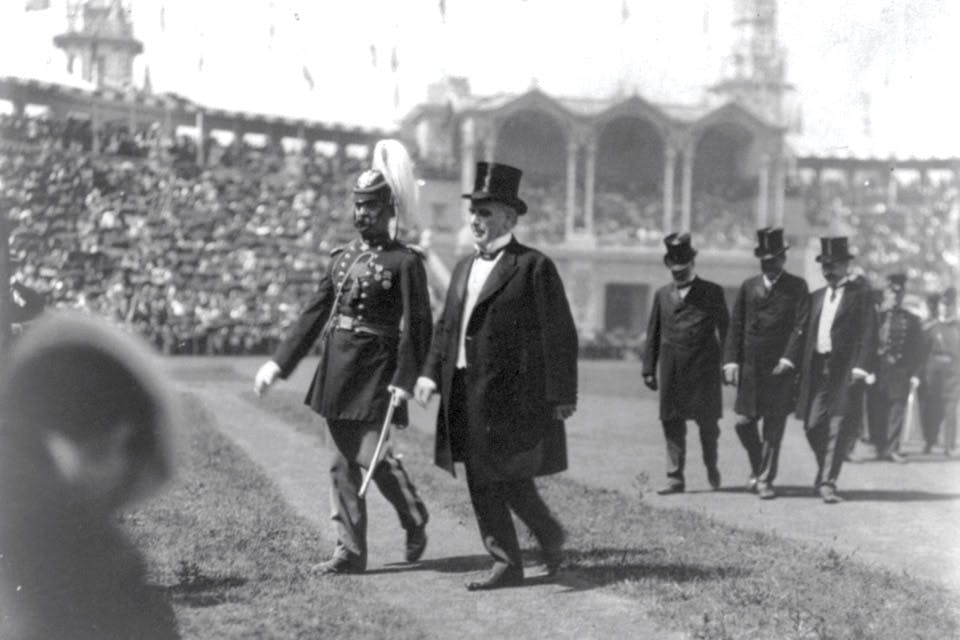 The William McKinley Presidential Library & Museum delves into the legacy of the 1901 Pan-American Exposition.

November 2017
BY Nathan Havenner | Photo courtesy of Library of Congress

November 2017
BY Nathan Havenner | Photo courtesy of Library of Congress

It was to be the greatest showcase of industry and innovation since the Chicago World’s Fair nearly a decade earlier. Around 40,000 visitors a day made their way to Buffalo, New York, to experience the 1901 Pan-American Exposition, promising a display of technological achievements ranging from the electric light to food processing.

Unfortunately, the fair took a more somber place in American history on Sept. 6, 1901, when anarchist Leon Czolgosz shoved a .32-caliber revolver into President William McKinley’s abdomen and pulled the trigger twice. The president died eight days later from an infection caused by the wounds.

On Nov. 16, Christopher Kenney, director of education for the William McKinley Presidential Library & Museum in Canton, will host a talk exploring the Pan-American Exposition and the impact McKinley’s assassination had on the event’s legacy. It is part of the museum’s Soup at Six series, which invites visitors to enjoy a bowl of soup, bread, dessert and a beverage as they listen.

The talk coincides with a museum exhibition titled “The Pan-American Exposition: Triumph and Tragedy in the Queen City,” which offers visitors a look into the time period.

“We have a large wall where we are showing archival film footage of what the exposition looked like at night, because this was really the first time that many people saw electricity in use,” Kenney says. “The Pan-American Exposition was really developed around this idea of what electricity could do for folks.”

Kenney says his talk will explore why Buffalo was chosen to host the exposition and highlight the specially constructed buildings and midway that covered 342 acres.

“Since we are here in Ohio, we are going to talk about the Ohio Building [at the exposition],” adds Kenney. “The flag that was designed to fly over that building during the Pan-American Exposition ended up being our state flag [in 1902].” $15 (prepaid reservations required); 800 McKinley Monument Dr. NW, Canton 44708, 330/455-7043, mckinleymuseum.org

Hail to the Chief
Other presidential talks happening this month:

11/9 | The Original Flim-Flam Man: How Gaston Means Fooled the Nation: Jon Anderson of the Harding Home Presidential Site in Marion discusses the accusations made against the late President Warren G. Harding and Mrs. Harding in Gaston Means’ 1930 book. Visit hardinghome.org for information.