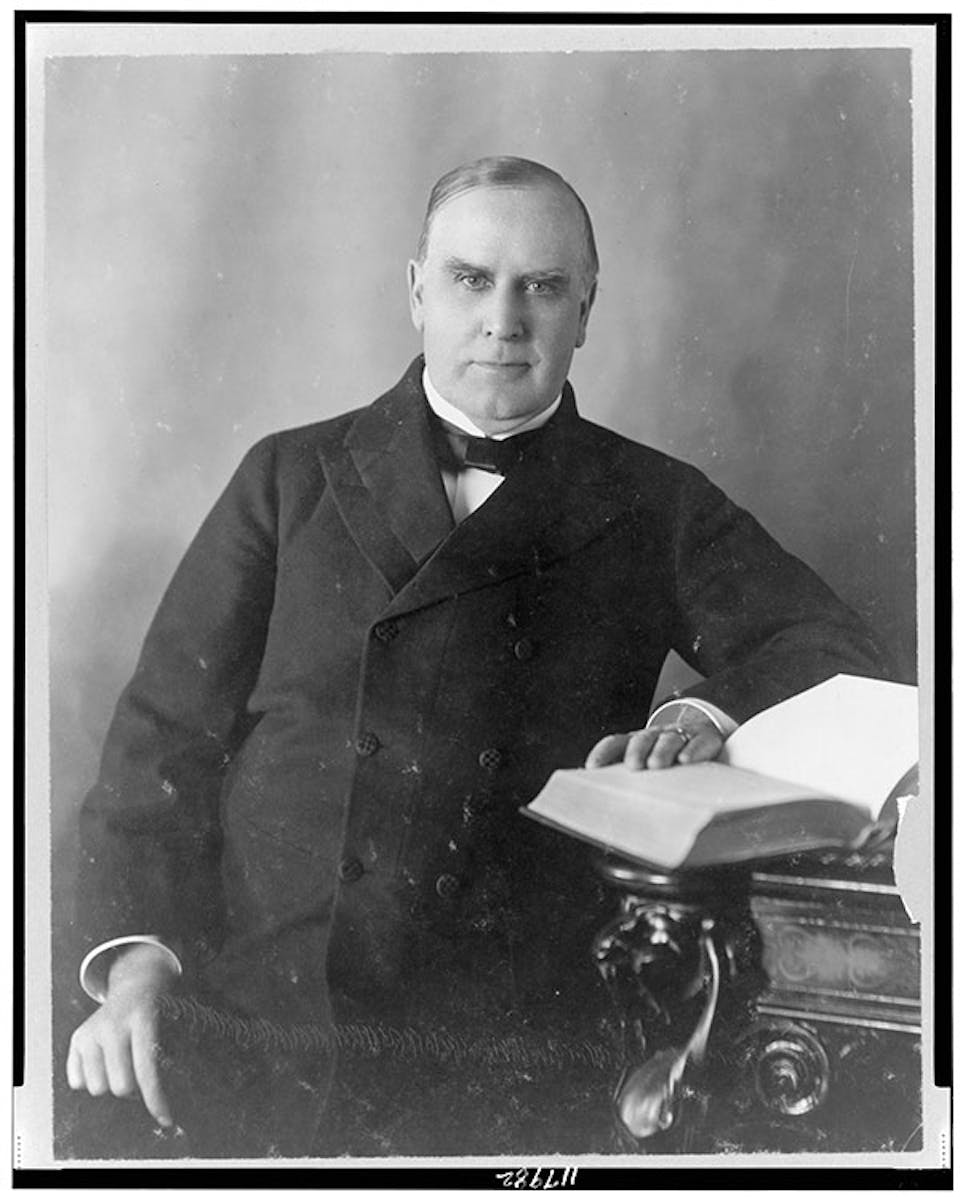 The political consultant’s book examines how the Ohioan united a splintered Republican party.

During his years at the University of Texas, Republican political consultant and pundit Karl Rove took a seminar in historical writing. Working with Lewis L. Gould, a professor and expert on Gilded Age American history, Rove penned a 150-page paper on Theodore Roosevelt’s rise to power.

It stretched from his time as New York City police commissioner in 1895 to his appointment to assistant secretary of the Navy by William McKinley to his role as vice president and, ultimately, president following McKinley’s assassination in 1901. Rove approached the paper as a devotee of Roosevelt. He finished it as an admirer of McKinley.

“I walked away with a picture of McKinley as a fine human being who attracted and kept friends,” Rove says. “I was blown away with how engaged he was and how clearly involved he was in shaping his own future. I thought, Someday, I needed to write a book about it.”

The Triumph of William McKinley: Why the Election of 1896 Still Matters was published in November. It presents details of McKinley’s life growing up in Ohio’s Mahoning Valley, his service in the Civil War and his time as a Canton lawyer, legislator, congressman and governor.

But the main tale is of the 1896 presidential election, which pitted McKinley against Democrat William Jennings Bryan. McKinley unified factions of a Republican Party that was falling apart in a changing nation.

“He became one of my favorite characters because he was so terribly unaware,” Rove says. “He had the ability to derail McKinley three, four, five times, and McKinley keeps him from doing it by being his friend.”

The book shows that McKinley was a genial man who was able to get things done because of his relationships. “McKinley is an incredible picker of talent ... ,” Rove says.  “That’s broad-gauge leadership, to stockpile talent and overcome personal feelings.”

Although McKinley’s achievements have been largely forgotten, particularly because he wasn’t the force of nature his successor was, he played an important role in American history and politics, according to Rove.

“In a time when the American political system was broke, and two parties were tooth and nail against each other, a man comes along who modernizes his party and runs on principle,” he says. “He changes American politics and brings his party into the majority for the next 36 years.”