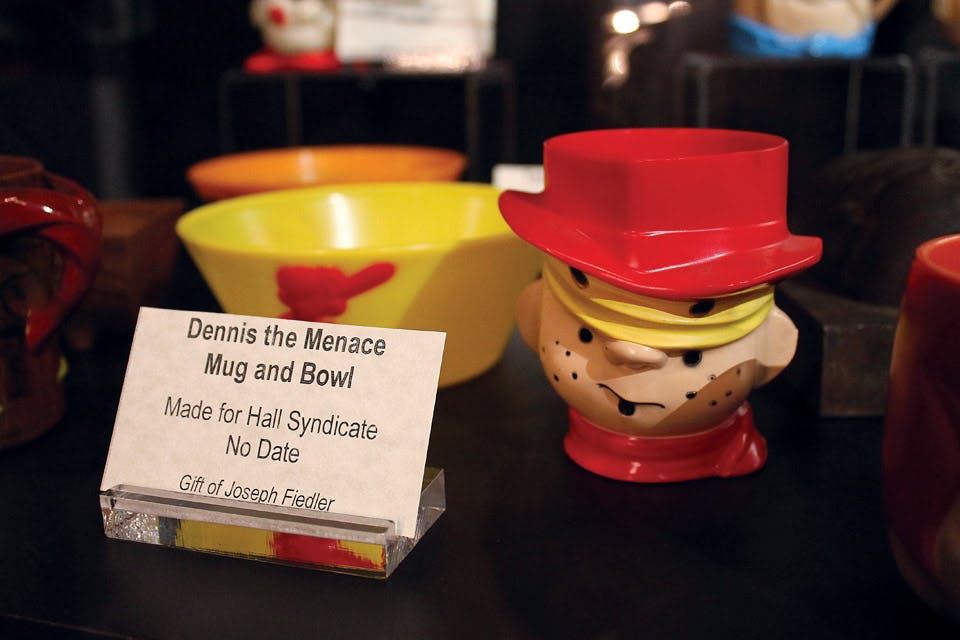 An ongoing Dayton History exhibition focuses on 14 people who merged industry and art.

The worlds of art and industry collide at Carillon Historical Park in a new exhibit that showcases the influence artists had on Dayton’s manufacturing sector. “The Art of Manufacturing” will be on display for the next 10 years and highlights 14 artists who helped shape the city over the course of a century.

“We tied the art exhibit to the manufacturing exhibit to show that throughout all different aspects of industrial life in Dayton, a lot of times it’s artists behind the scenes that are helping to make all things possible,” says Mary Oliver, director of collections for Dayton History. Here’s a closer look at three of the Dayton artists whose works are featured in the exhibit.

Robert Koepnick: Known as a prolific sculptor, Robert Koepnick spent 40 years teaching sculpture at the Dayton Art Institute’s School of Art before retiring in 1974. He produced terra cotta figures for the Dayton school system between 1933 and 1938 as part of the Federal Arts Project established by the Works Progress Administration. “A lot of people would see his work every single day as they drove around downtown,” Oliver says. The program sought to provide work for artists during the difficult days of the Great Depression and also to bring art to many cities and small towns across America.

Otto Fiedler: Born in Germany in 1919, Otto Fiedler immigrated to the United States with his family in 1927. After working in intelligence for the U.S. military during World War II, he returned to his adopted hometown of Dayton to work for his father’s company, F&F Mold & Die Works. The operation molded plastic promotional items for some of the most recognizable brands in the country. Their products included Tony the Tiger and Dennis the Menace cereal bowl and mug sets. Around 100 of the company’s products will be displayed in rotation during the exhibit’s run. “Everybody recognizes the pieces,” Oliver says, “but nobody really knows where they came from.”

Aloys Segerer: The earliest artist featured in the exhibit is Aloys Segerer, who immigrated to the United States in 1899 and settled in Dayton four years later. He came to the buzzing industrial city to work as an artist for the Barney and Smith Car Works Co., which was known for its wooden-bodied rail cars. The painter’s most famous works in Dayton are the murals depicting the settlement of the area and military battles that adorn the interior of Dayton Memorial Hall. His work also appeared in more than 30 Dayton-area churches and two Masonic temples. “He is another artist where his work was very prominent in a number of buildings that are no longer around,” Oliver says.

For more information about “The Art of Manufacturing,” visit daytonhistory.org.