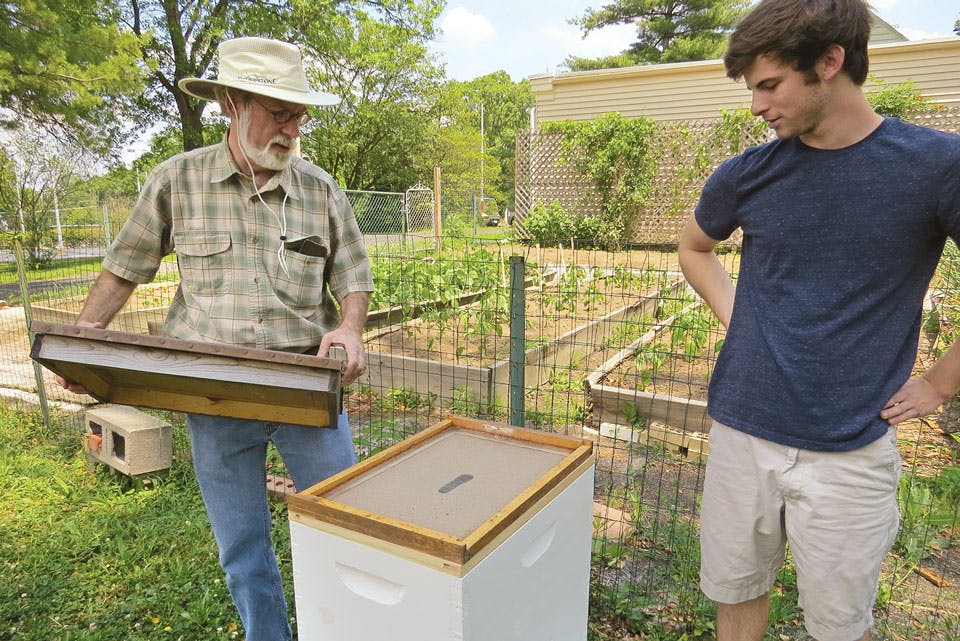 Gene Kritsky stands by one bit of advice when talking with his college students about their future: Do what you love.

“I became an entomologist because my adviser at Indiana was crazy about insects,” says Kritsky, who graduated from Indiana University in 1974. “He loved going to work.”

Kritsky followed his passion for six-legged subjects to Cairo, where the Fulbright Scholar studied insects in ancient Egyptian culture. After returning to the U.S., the presence of cicadas in southwest Ohio led him to Cincinnati where he continued his research on topics ranging from evolutionary biology to bee populations.

Thirty-five years later, Kritsky now heads Mount St. Joseph University’s biology department and continues to share his passions for the insect world with students. “You’ve got to be enthusiastic,” he says. “It’s that enthusiasm that brings people [in]. It’s like riding the wave.”

Kritsky says entomology is a $120 billion industry annually in the U.S., but he realizes not all of his students will be fascinated with ants and termites.

“If they’re interested in medicine, I start bringing up mosquitoes and malaria,” he says. “If malaria seems too remote, you talk about West Nile Virus, because it’s in Ohio. You relate it to everybody’s life.”

For students interested in entomology, studying with Kritsky is a chance to burrow into the field in remarkable ways: Undergraduates may elect to travel to Egypt to study ancient beekeeping methods or assist Kritsky with his research. Some graduates have even gone on to collaborate with him at entomological meetings and symposiums. But Kritsky also serves as a mentor for students who aren’t caught up in the bug buzz.

With some encouragement, the student changed gears and went on to work for and excel at one of Cincinnati’s top advertising agencies.

“If you do what you love … you’re going to be good at it,” Kritsky says. “If you’re still looking, you’ll find it.” 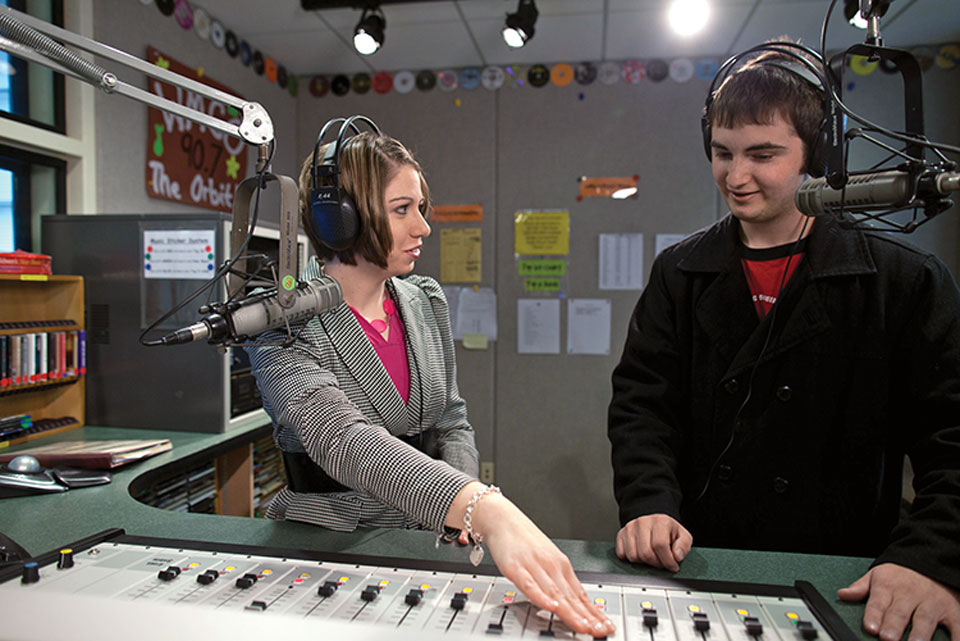 Becoming an educator was the logical next step for Lisa Marshall, who has been enamored with the idea of teaching since she was a child.

“I used to come home from school and line my stuffed animals up around my bed,” she says with a laugh. “I would teach them what I learned that day.”

Marshall, an associate professor of communication at Muskingum University, was also fascinated with the idea of broadcasting from a young age, when her audience consisted mainly of her dog and out-of-state family members.

“My dad would be the editor, I would be the host, and my mom would hold my cue cards,” says Marshall, who attended Muskingum University before becoming a member of her alma mater’s faculty in 2007.

She teaches classes ranging from introductory-level speech to advanced media and serves as an adviser to the campus radio station and newspaper. Along the way, she has discovered that the best way to reach her students is to make the principles they discuss in class interactive and relevant.

Students enrolled in Marshall’s communication classes try their hand at writing commercials and public service announcements for a fictional city called Yourtown. Near the end of the semester, Marshall brings a real-life client into her classroom.

“[Students] work their way up to working with real people,” she says, “and they learn the social skills needed to interact with the client.”

Marshall’s media students learn from practical experience as well. Aspiring radio broadcasters are on the air once a week as part of the college station’s nightly news program, and print journalism students write for the campus newspaper.

“They see their classroom philosophies being activated out there,” Marshall says. “If I can bring in that practical aspect of students applying this to the outside world, I get just as excited about the class as the students do.” 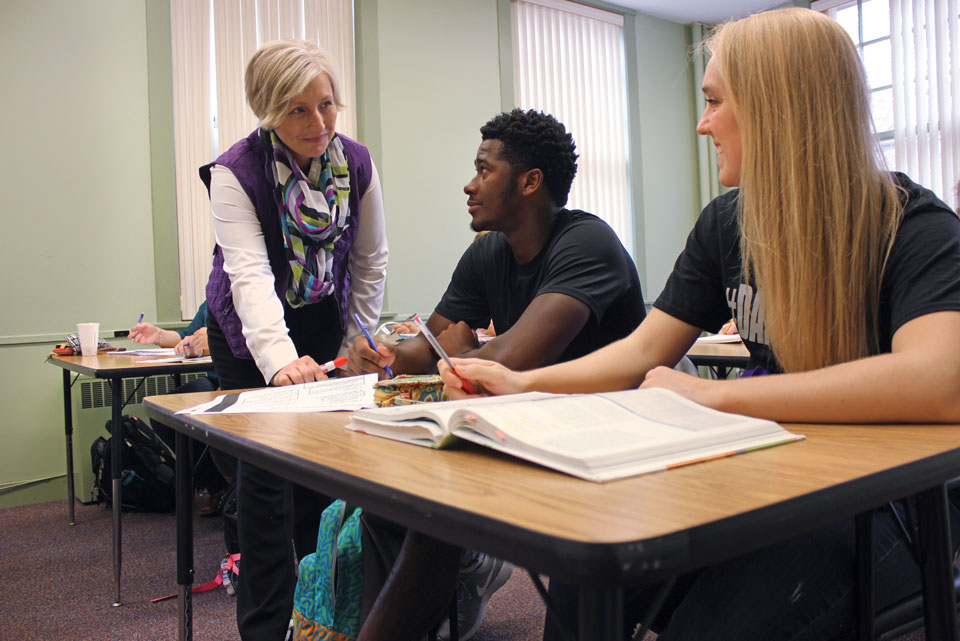 A clinical dietitian by training, Bluffton University alumna Jeanna Haggard worked for years with patients who weren’t as excited about their diets as she was. “[When] you’re really passionate about a subject, you want someone else to be that passionate as well,” she says. “Sometimes patients don’t want to hear all of the little details.”

When she began teaching in 2000, Haggard found her ideal audience. Now an assistant professor of nutrition and dietetics at Bluffton University, Haggard knows that some foods provide the most benefit when paired with others, and she’s finding a similar symbiosis in the academic world. In 2014, she teamed up with a humanities instructor to create a course titled World History of Food and Culture, which taught both history and science students the connection humans have with what’s on their plates.

“We began the semester talking about how our culture in the United States has evolved by looking at food,” Haggard explains. “Their first lab, they went to a farm, butchered a chicken, brought it back [and] made it from scratch.”

Haggard also pays close attention to the progress of Bluffton’s nutrition majors. Becoming a licensed dietitian requires a fifth year of supervised practice in a hospital. “Those are very competitive,” she says, “so we follow our students closely, helping them prepare.”

One of the ways Haggard and her fellow educators do that is to promote community service. “I think that most students come to Bluffton interested in nutrition because … they want to help people in some way,” Haggard says.

Bluffton nutrition majors do just that, organizing and cooking an annual Thanksgiving community dinner and, during their senior year, accompanying faculty members to a local hospital for patient visits.

“Adding service elements to our classes helps students stay on track,” Haggard says, “instead of just coming into every class and saying,  ‘Here’s what you need to memorize from chapter five.’ ” 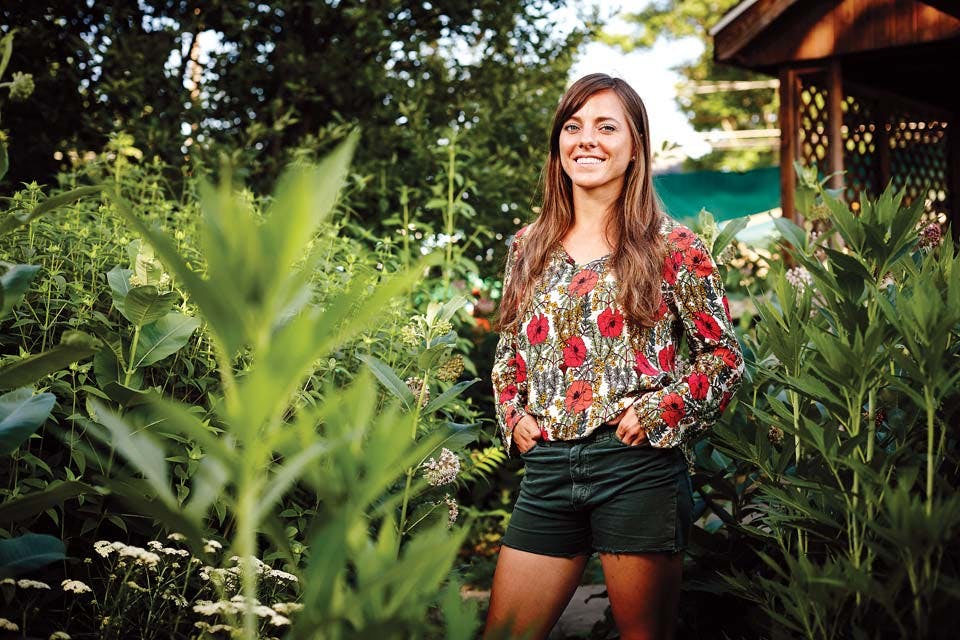 The Garden that is Reshaping Mealtimes in Columbus’ Hilltop Neighborhood

Jazmyn Benjamin teaches kids in Columbus’ Hilltop neighborhood how to grow fruits and vegetables. On a nearly half-acre parcel of land, she’s helping shape their family mealtimes and their futures. READ MORE >> 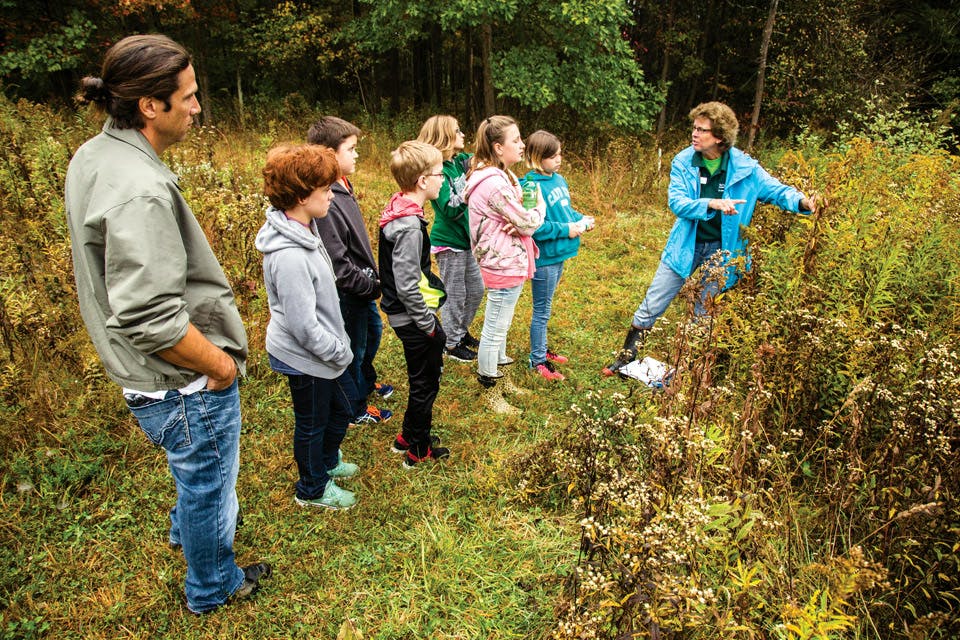 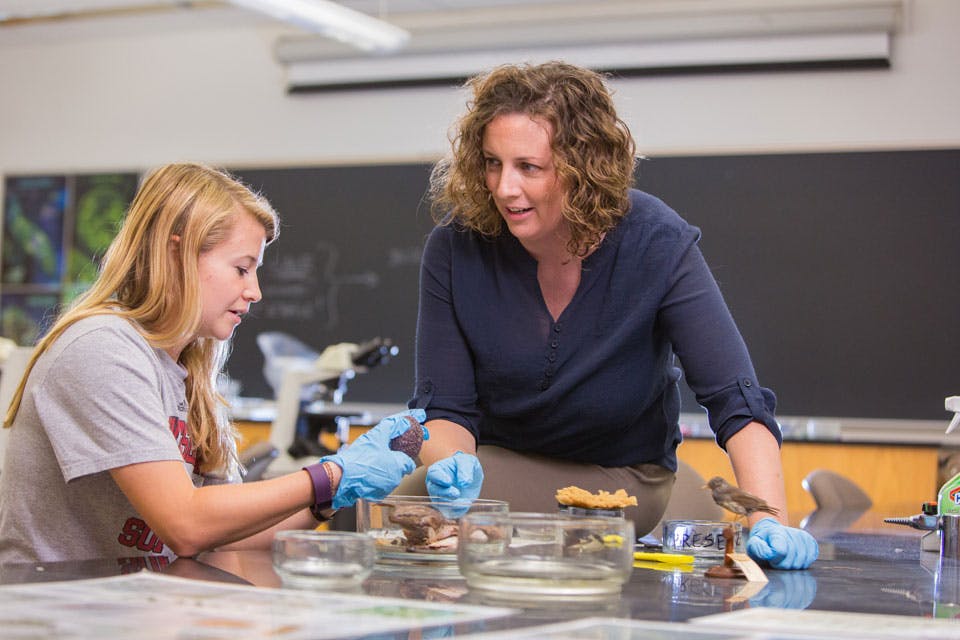