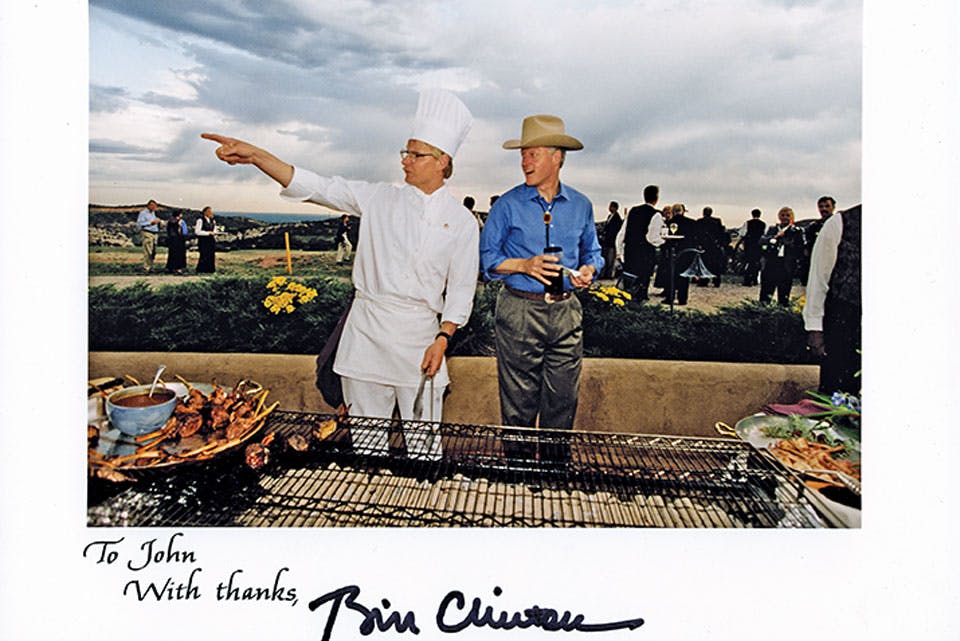 John Moeller will share stories from his time in the White House kitchen at the Rutherford B. Hayes Presidential Center.

John Moeller had access to the home of three U.S. presidents, and the only credential he needed was his chef’s coat. He spent 13 years in the White House kitchen cooking for George H. W. Bush, Bill Clinton and George W. Bush, making steel-cut oatmeal at 5:30 a.m. and jockeying courses for nearly 1,000 guests at NATO’s 50th anniversary dinner.

“It’s not a hotel. It’s not a restaurant,” Moeller says of working at the White House. “I’d categorize [it] as a home, but it’s kind of like a country club, too.”

On Nov. 13, Moeller will visit the Rutherford B. Hayes Presidential Center in Fremont to share more White House stories, answer audience questions and sign copies of his book, Dining at the White House.

Now the head chef and owner of State of Affairs Catering in his hometown of Lancaster, Pennsylvania, Moeller attended culinary college at Johnson & Wales University in Providence, Rhode Island, before moving to France for two years to cook in Paris and the French countryside. Shortly after his return to the U.S., he landed a job cooking for a French-Belgian chef in Washington, D.C.

“He said to me after I’d worked for him a couple weeks, ‘All the French chefs in Washington get together once in a while. Your French is good enough, you can hang with us,’ ” recalls Moeller.

It was a friend he met on one of those nights that led him to the White House kitchen. Then-head White House chef Pierre Chambrin was looking for an American experienced in French cooking to round out his staff, which already included two French chefs.

Moeller says being a chef at the White House blends commercial cooking with elements of being a personal chef.

“We were the closest ones to [the first family] on a day-to-day basis, because we were inside the residence,” he says.

Most days, the task list started with breakfast (for George and Laura Bush, Moeller says, that typically meant oatmeal and fresh fruit), and a study of the family’s schedule determined lunch and dinner preparations.

Some favorite dishes that crossed party lines included Moeller’s chicken enchiladas and Dutch-style chicken potpie, the latter served in a bowl instead of a pie shell. “I had big thumbs-up from both President Clinton and President [George W.] Bush,” he says.

Although Moeller’s job was to have meals ready to eat as soon as his diners sat down, he had to learn to step back and play a supporting role once in a while. On one Saturday afternoon during the Clinton administration, a butler came downstairs with a list of ingredients and explained that Chelsea wanted to bake some cupcakes. So, Moeller carefully measured each ingredient, arranging bowls on a tray to send upstairs.

“[The butler] brought it back down to me,” he recalls with a laugh, “and said, ‘She wants to measure it out herself.’ ”

Chef John Moeller will appear at the Rutherford B. Hayes Presidential Center Nov. 13 at 1 and 6 p.m. For more information about the event, call 419/332-2081 or visit rbhayes.org.